Archaeological items returned from Britain handed over to National Archives 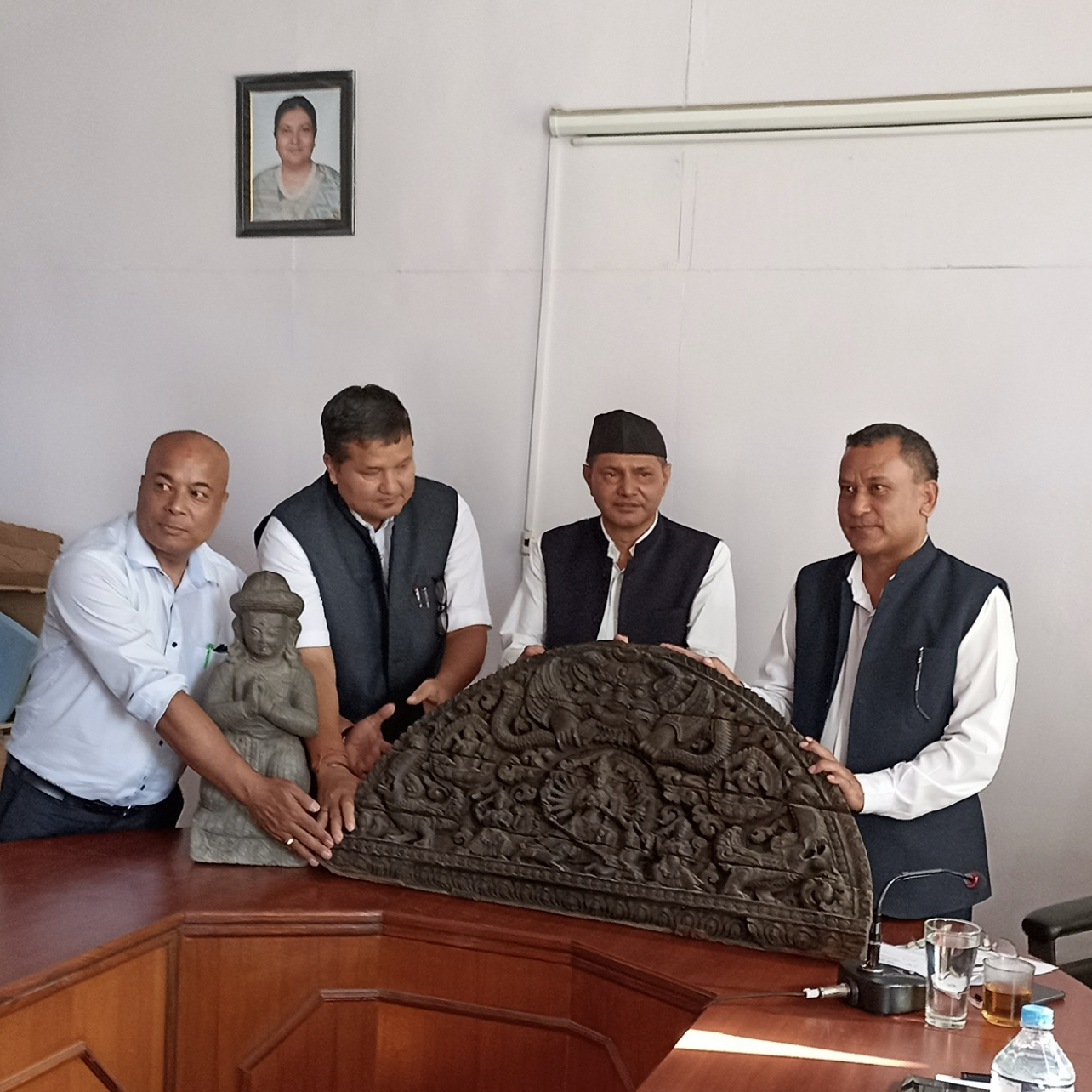 KATHMANDU — The Department of Archaeology has handed over the archaeological items returned from Britain to the National Archives.

The artifacts and statues were handed over to the National Archives amidst a special program organized in the capital on Thursday.

Director General at Department of Archeology Damodar Gautam informed that the artifacts stolen from Nepal were returned with the help of the Embassy of Nepal in London, the Metropolitan Police in Britain, and the Tourism Ministry and Finance Ministry of Nepal.

Gautam further informed that other objects of archaeological value owned by Nepal were also returned to Nepal. Among the returned artifacts, one wooden relic is supposed to have been built in the 17th or 18th century.

The wooden relic placed on the gate of the Kumari Baha of Kathmandu Metropolitan City-23 was lost from the time between 1980 to 1990.     Similarly, another artifact is the stone statue built between the 16th to 17th century.

It was informed that it was lost from Manjushree Temple of Om Bahal in around 1980.     The Department of Archaeology had sought assistance from the Nepali Embassy in London and other agencies to bring back the relics.