Armed Forces pay tribute to Her Majesty The Queen 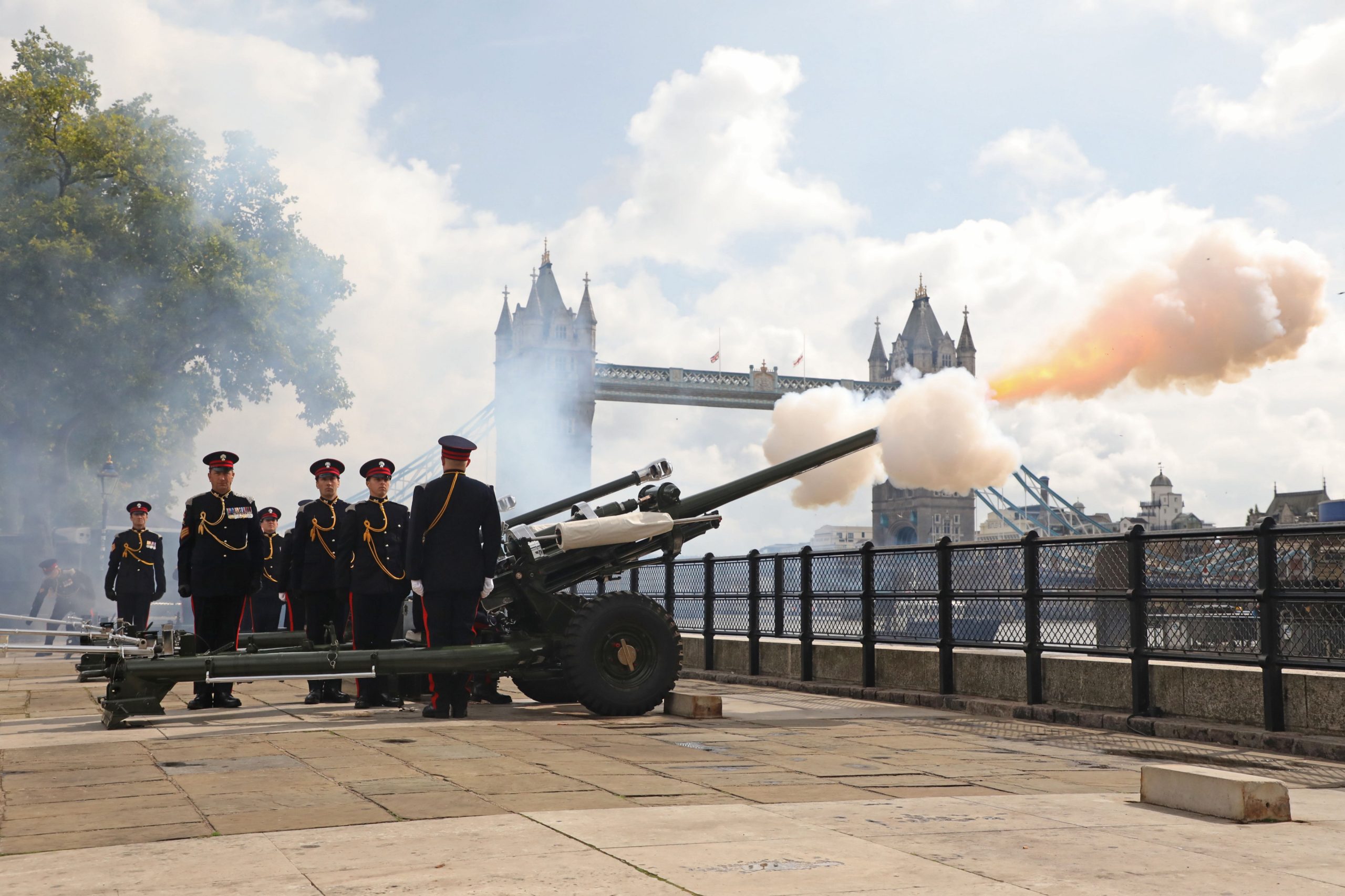 London – The heads of the British Armed Forces have paid tribute to Her Majesty Queen Elizabeth II at Balmoral Castle, Scotland.

Britain’s most senior officers have expressed their condolences to His Majesty King Charles III and the Royal Family as they paid their own personal tributes to the Queen on behalf of all members of the Armed Forces and their families.

Leading the tributes, the Chief of the Defence Staff Admiral Sir Tony Radakin spoke of the Queen’s deep personal relationship with the Armed Forces, including through her own service during the Second World War, and as the wife, mother and grandmother of service personnel. She understood better than most the burdens and the glory of a life in uniform, he added.

The heads of the Armed Forces spoke as the nation began mourning the death of Queen Elizabeth II, Britain’s longest-reigning monarch and head of state for more than 70 years, who passed away “peacefully” on Thursday at the age of 96.

Chief of the General Staff General Sir Patrick Sanders said: “It is with profound sorrow that the Army marks the death of Her Majesty The Queen. “The nation has lost its Sovereign. The Army has lost its Commander-in-Chief. The Royal Family has lost a dedicated mother, grandmother and great grandmother. “Her Majesty epitomised duty, selfless commitment and loyalty. Her service inspired generations of soldiers”. “She will be remembered by all ranks of the British Army with the deepest affection.” Her Majesty epitomised duty, selfless commitment and loyalty,’ he added.

The First Sea Lord and Chief of Naval Staff Admiral Sir Ben Key said: “The very sad news today of the death of Her Majesty Queen Elizabeth II has touched every member of the Royal Navy. “In all our lives, her reign has been a constant, and her dedication and lifetime of service was utterly inspiring. “She exemplified qualities we all aspire to. As the daughter, wife and mother of Royal Naval officers, Her Majesty had a close affinity with the men and women in her Royal Navy and those who support us and she took close personal interest in their wellbeing, as well as that of their families. We owe her a debt we can never repay. “May she rest in peace. God Save the King.”

Similarly, Air Chief Marshal Mike Wigston, Chief of the Air Staff, said: “It is with overwhelming sadness that the Royal Air Force and Royal Auxiliary Air Force mourn the death of Her Majesty Queen Elizabeth II”. During her long and glorious reign, she has been the embodiment of a life dedicated to the service of the Nation and the Commonwealth, and for that has been admired by millions around the world”. “Her Majesty, as Head of the Armed Forces, has been a constant source of inspiration and a pillar of strength to all who have been privileged to serve her. Those who had the honour of meeting Her Majesty will never forget their interaction and the deep sense of pride they felt in that moment”. “On behalf of everyone in the Royal Air Force, serving, retired, and their families, I offer our deepest condolences to His Majesty The King and The Royal Family.”

The British government has announced that formal funeral of Her Majesty will take place on Monday, 19th of September 2022.

The funeral of the Queen will take place at 11am on Monday 19 September at Westminster Abbey, it has been announced. Members of the public will be able to pay their respects as the Queen’s coffin is taken to St Giles Cathedral in Edinburgh on Monday 12 September and the Palace of Westminster in London on Wednesday 14 September.