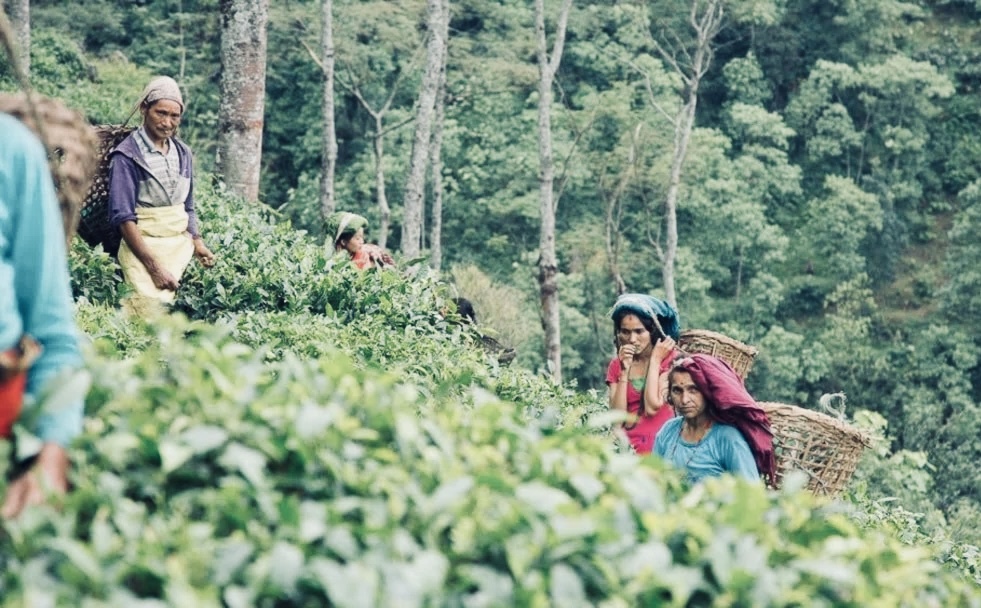 Bilal Hussain
Nepali tea producers are increasingly worried about a proposal in India’s parliament that could make it much harder for them to sell tea to their giant southern neighbor and most important customer.

The proposal, contained in a June 2022 recommendation from India’s Parliamentary Standing Committee on Commerce, calls for much stricter standards on the certificates of origin required for all Nepali tea imported into India.

Nepali tea exporters say they already face exacting requirements for entry to the Indian market, even when their products have met certification standards maintained by Japan, the United States and the international Certification of Environmental Standards organization.

“There have been constant policy changes that we have to comply [with], which makes it difficult to export tea to India,” said Shanta Banskota Koirala, co-owner and managing director of the Kanchanjangha Tea Estate and Research Center.

“Usually there is also a lot of hassle on borders, things such as asking for more documents than what was initially required, and even if provided the required documents, the work doesn’t get done on time,” Koirala told VOA.

The stakes are high for Nepal, which sells about 90% of its high-grade orthodox tea – loose-leaf tea produced by traditional methods — and about 50% of its lower-grade crush, tear and curl tea – tea whose leaves have been crushed torn and curled into pellets — to India. The industry employs almost 200,000 people in Nepal and contributes more than $40 million a year to its economy.

The orthodox tea, grown at higher altitudes in the Himalayan nation, is especially prized around the world, with its taste and quality attributed to the region’s climatic conditions, soil, the type of bushes planted and even the quality of the air.

But critics in India accuse the Nepalese exporters of mixing their product with similar-tasting tea from the neighboring Indian region of Darjeeling, which sells in India for a much higher price. The recommendation from the parliamentary committee calls for much stricter measures to ensure that all tea sold from Nepal was indeed grown in Nepal.

For the Nepalese growers, the threat of new bureaucratic hurdles is compounded by indignation over the suggestion that their tea is of lower quality than the Darjeeling variety.

“The comments from the committee on the quality of the tea has hurt the traders and farmers in Nepal,” said Bishnu Prasad Bhattarai, executive director of the National Tea and Coffee Development Board Nepal.

“We have raised our concern with the counterpart Indian government officials. We are hopeful that the trade between the two countries will go on smoothly as the two countries share good relation with each other on many fronts including trade,” Bhattarai added.

Suresh Mittal, president of the Nepal Tea Producers Association, also rejected the parliamentary committee’s complaints, pointing out that the quality of all the tea sold into India is certified by India’s Food Safety and Standards Authority.

“Without this proof of origin, we cannot sell even a single leaf abroad. We are exporting tea that has been grown and processed here in Nepal,” Mittal insisted.

Mittal said discussions on the proposal are continuing between the two countries, and that, so far, the trade in tea is proceeding smoothly.

“However, sooner or later it can be a problem for the Nepalese tea industry and will have an adverse effect to over 70% of tea industry of Nepal. We have to start looking for alternate markets,” he said. ( VOA)