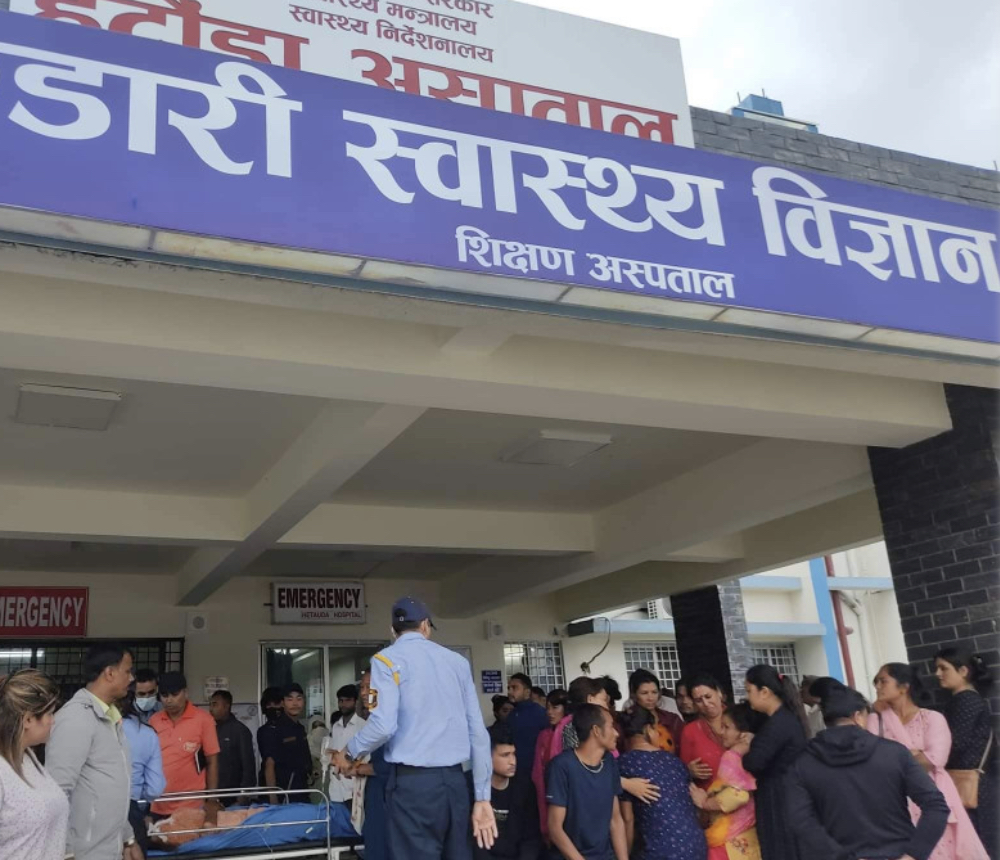 By Krishnaram Pariyar, Makawanpur — As many as 16 people died and 36 others were injured in a road accident at Jitpur Simara Sub-Metropolis-22 of Bara district along the East-West highway today.

The accident took place as a bus (Bagmati State 06-001 Kha 0110) heading towards Birgunj from Narayangadh of Chitwan, somersaulted on the road due to high speed, according to the Superintendent of Police at the District Police Office, Makawanpur, Bamdev Gautam.

Identities of the deceased have not been ascertained. (RSS)