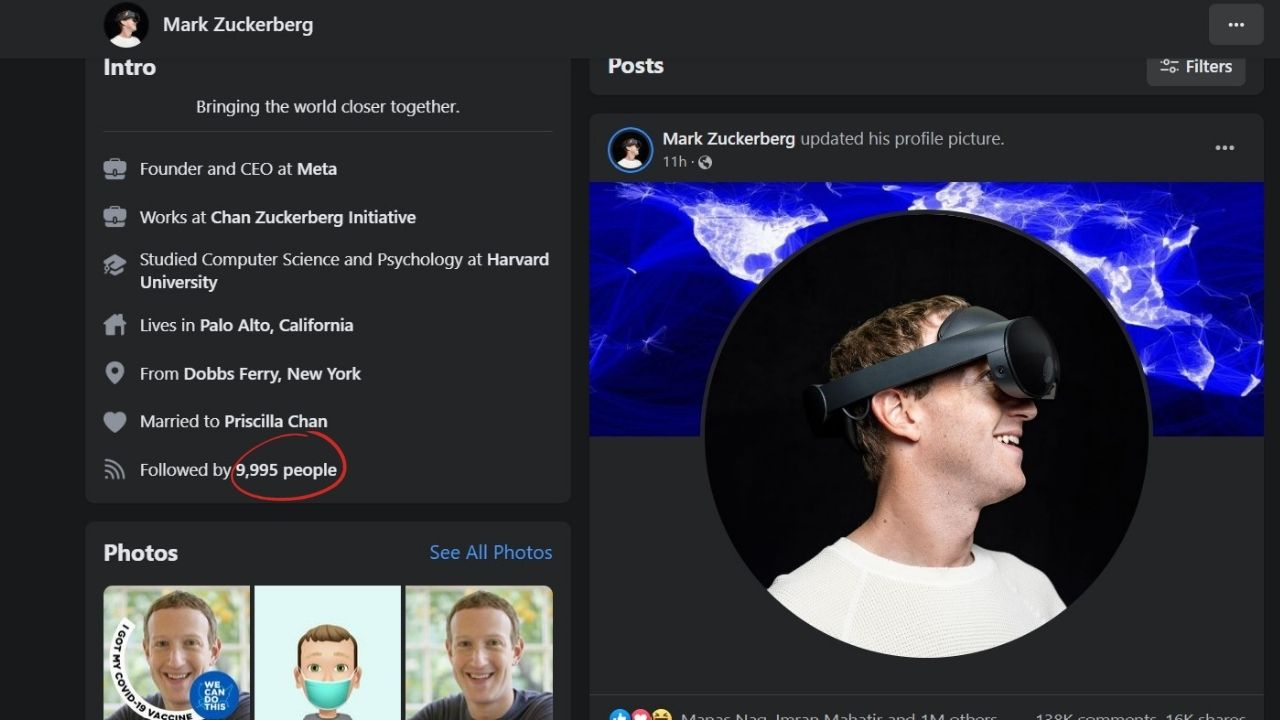 New York — Several users of Meta’s Facebook are complaining losing majority of their followers on the social media platform due to unknown reasons.

Meta founder and CEO Mark Zuckerberg has lost over 119 million followers which has brought down his follower count to below 10,000.

“Facebook created a tsunami that wiped away my almost 900,000 followers and left only 9000 something on the shore. I kind of like Facebook’s comedy,” exiled Bangladeshi writer Taslima Nasreen tweeted.

When contacted, a Meta spokesperson said, “We’re aware that some people are seeing inconsistent follower count on their Facebook profiles. We’re working to get things back to normal as quickly as possible and we apologize for any inconvenience.”

Earlier this week, the sudden drops in Facebook follower counts of several of the USA’s largest media outlets experienced on Monday and Tuesday led to rumours that the social media giant might be deleting fake or bot accounts.

According to data from analytics platform CrowdTangle, the New York Times, Washington Post, Huffington Post, The Hill, USA Today, New York Post, and Newsweek all saw a decline in followers on October 3 and 4.