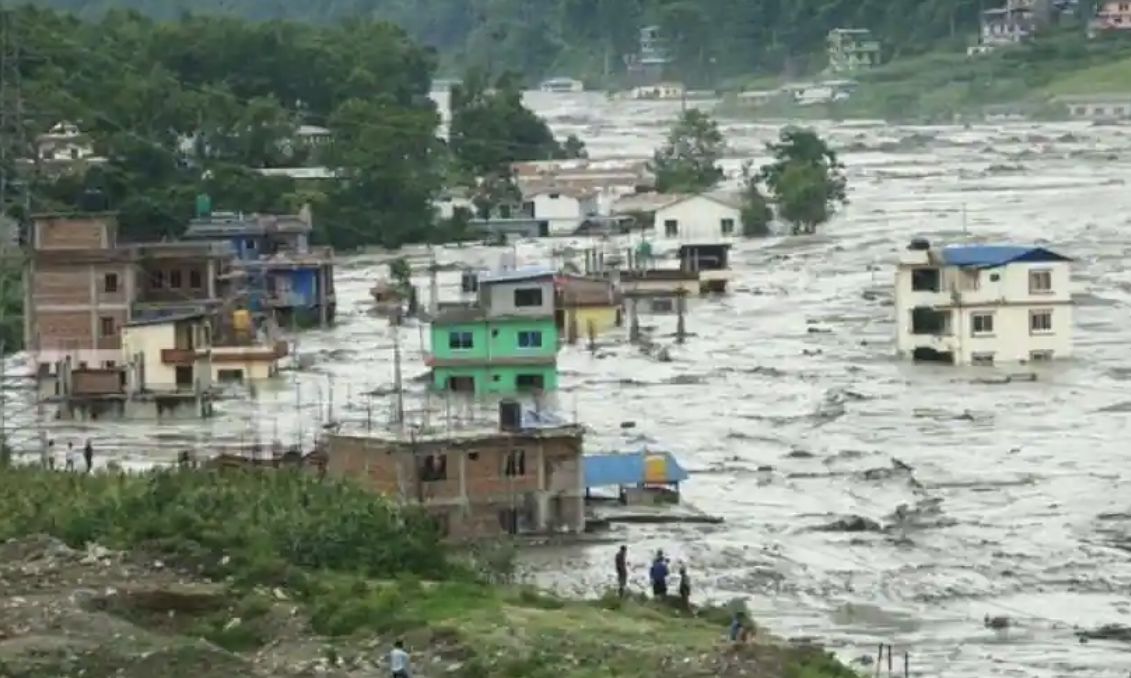 Kathmandu: At least 33 people have died in floods and landslides across western Nepal in the past week, local media reports say.

The worst of the monsoon rains hit Karnali province in the north-west, where thousands of residents were evacuated, officials said.

Nepal is nearing the end of its monsoon season, which typically begins in June and ends in October.

At least 110 people have died this year in rain-related disasters, according to the National Emergency Operation Centre.

Hundreds of homes have been damaged in the avalanches and flooding. At least 22 people are still missing across the province and scores more have been injured, the BBC reported.

Rescuers have described difficulties in getting to the mountainous region amid continued rain.

‘We have mobilised police officers on the ground. We have arranged a helicopter for air rescue from Surkhet,” said one police spokesman, quoted by the Annapurna Post.

“However, unfortunately, due to the weather not improving, progress is not being made as expected.”

Most reports of missing people came from the low-lying Kalikot district. Thousands were evacuated from their homes there in the past week amid warnings of intense rain.

In some areas of the province, the Karnali river had risen to over 39ft , Nepal’s emergency authorities said.

Several suspension bridges over the river had also been washed away, local media reported.

Government officials have dispatched aid to the region on helicopters.

The UN’s humanitarian agencies said they were distributing food and medicine to the worst affected communities in western Nepal.