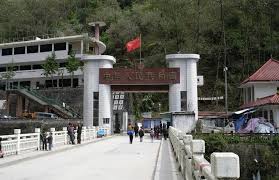 Kathmandu — China’s undeclared blockade of the Tatopani checkpoint is adversely affecting Nepalese businessmen, some committed suicides and many have left their businesses.

Since the outbreak of Covid-19 in China in December 2019, Nepal’s trade through the China border has been affected, reported EPARDAFAS.

The border point from which Nepal collects revenue of Rs 5 billion annually from import and export of Rs 20-25 billion worth of goods is deserted these days.

Just after the Chinese leader, Li Zhanshu visited Nepal, the checkpoint was opened on September 15 but the border has not been resumed completely. The movement of goods and services through this checkpoint is not seen rapidly. The trade is very less than the expectation made that trade will be effective after when the border reopens, reported EPARDAFAS.

Many businessmen here are worried as China is not interested in opening the border. According to the former president of Sindhupalchok Chamber of Commerce and Industry, Rajendra Kumar Shrestha, the number of businessmen doing business through the Tatopani crossing has decreased by 70 per cent.

Due to this many businessmen have quit their jobs. Nepalis are facing deep economic woes and the people’s lives at the border is equally painful. Most of the people who have been making a living across the border for years have fled abroad for employment.

Sudarshan Ghimire, owner of Swet Baraha Enterprises, who created the image of a good businessman of New Road chose the path of suicide. He committed suicide on September 6, 2022.

Similarly, HareRam Paudel,a young entrepreneur from Sindhupalchowk involved in the import and supply of Chinese goods in the Nepali market had committed suicide on October 13, 2020, due to frustration when his goods got stuck on the Nepal-China border for months.

The entrepreneurs were in a double trap, their goods were lying at the border for many months and they also had a huge amount of loans. On one hand, they had been going through the financial crisis, and on the other hand banks, and other moneylenders were demanding the installment or the dues cleared on a regular basis, reported EPARDAFAS.

The undeclared blockade by China left 1,400 cargo containers that have been operating for 20 years, 2,800 drivers, and 5,000 labour families unemployed.
(ANI)