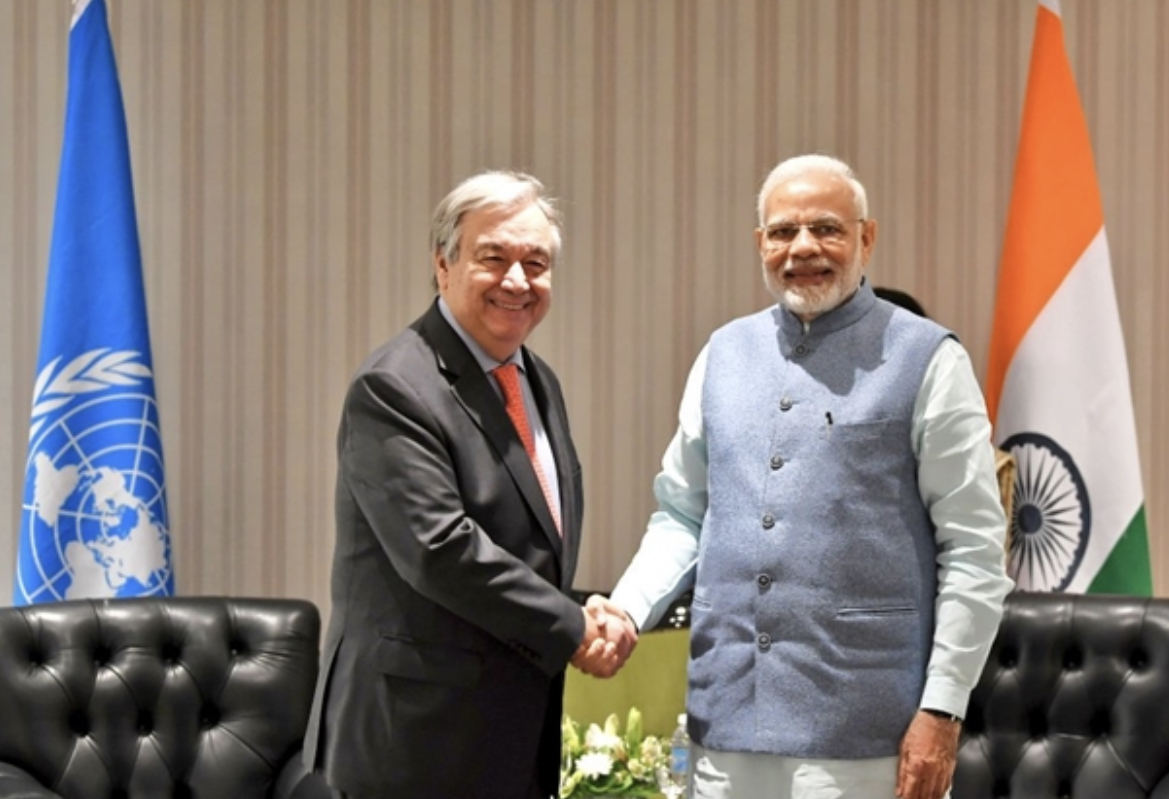 NEW DELHI– United Nations Secretary-General Antonio Guterres arrived in India late on Tuesday night for a two-day official visit, confirmed an official at the Ministry of External Affairs of India on Wednesday.

He was welcomed at the Mumbai airport by India’s Permanent Representative Ruchira Kamboj, besides other officials.

This is Guterres’ first visit to India since he commenced his second term in January 2022. He had earlier visited India during his first term in October 2018.

During his visit, the UN Secretary-General will join Prime Minister Narendra Modi at the launch of the “Mission LiFE” (Lifestyle for Environment) booklet, logo and tagline, on Thursday.

The concept of LiFE was introduced by Modi during COP26 in Glasgow in 2021 in a bid to create an international mass movement towards “mindful and deliberate utilization, instead of mindless and destructive consumption” to protect and preserve the environment.

The Mission LiFE aims at piloting a focused program that will mobilize 1 billion Indians to become pro-planet people who would practice simple environment and climate-friendly behavior/actions in their daily lives to promote a shared commitment to protect our planet, added the statement.

Besides, External Affairs Minister S. Jaishankar would also hold bilateral discussions with Guterres on issues of global concern, and steps to deepen India’s engagement with the UN.
– Xinhua