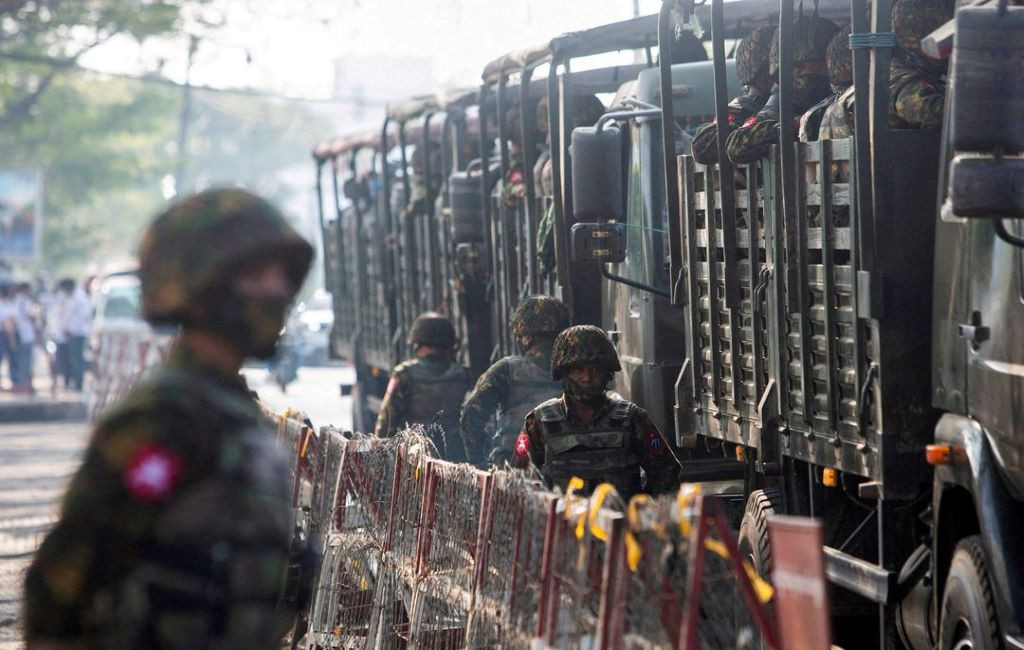 BRUSSELS: In view of the continuing escalation of violence and grave human rights following the military takeover two years ago, the European Council has adopted the fifth round of restrictive measures.

The new listings target 19 persons and one entity, including the Minister of Investment and Foreign Economic Relations Kan Zaw, the Chief Justice of the Supreme Court Htun Htun Oo, and high-ranking members of the Myanmar Armed Forces (Tatmadaw) and Air Force.

The EU has also listed members of the Union Election Commission and business representatives of private companies closely connected and supporting the Tatmadaw.

“The State Administration Council is also included as it plays a central role in undermining democracy and the rule of law in Myanmar/Burma as well as in actions that threaten the peace, security and stability of the country,” the European Council said in a statement on Tuesday.

Restrictive measures currently apply to a total of 84 individuals and 11 entities. Those designated are subject to an asset freeze and a travel ban, which prevents them from entering or transiting through EU territory. In addition, EU persons and entities are prohibited to make funds available to those listed.

“Other EU restrictive measures will remain in place: the embargo on arms and equipment and export restrictions on equipment for monitoring communications which might be used for internal repression, the export ban on dual-use goods for use by the military and border guard police, and the prohibition of military training and cooperation with the Tatmadaw,” the statement added.

These measures complement the withholding of EU financial assistance to the government of Myanmar and the freezing of all EU assistance, a tool that might be perceived as a means to legitimize the junta.

Two years ago, on November 8, the National League for Democracy obtained overwhelming and incontestable popular support in the general elections in Myanmar/Burma.

The civilian government was overthrown by the Myanmar military on 1 February 2021.

The EU said it is deeply concerned by the continuing escalation of violence and the evolution towards a protracted conflict which has spread across the country and has regional implications.

The 27-member bloc also condemned the continuing grave human rights violations including torture and sexual and gender-based violence, the continued persecution of civil society, human rights defenders and journalists, attacks on the civilian population, including ethnic and religious minorities, and the destruction of private property by the Myanmar armed forces.

The EU said it would continue to strive to bring to justice all those responsible for the human rights violations, war crimes and crimes against humanity committed in the wake of the 1 February 2021 coup in Myanmar.

The EU said it reiterates the calls for an immediate cessation of all hostilities, respect of international humanitarian law, and an end to the disproportionate use of force. (ANI)