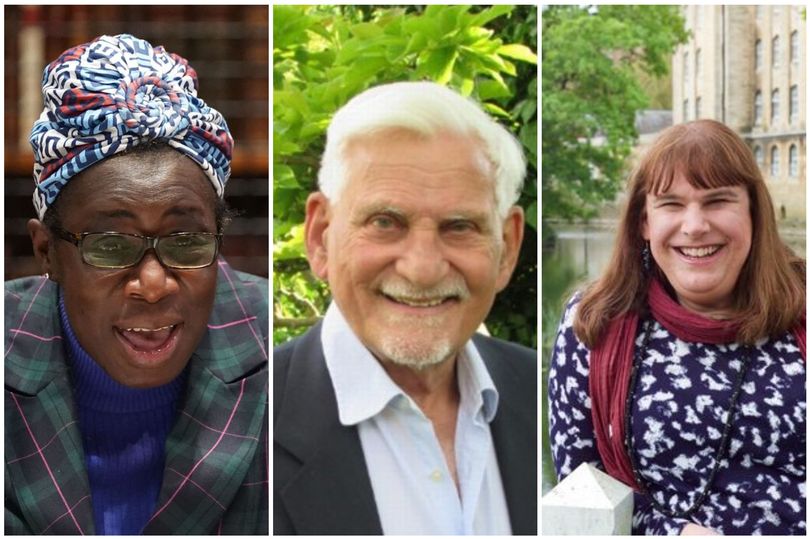 London — The New Year Honours List 2023 marks the incredible public service of individuals from across the UK.

Recipients in the New Year Honours List have been awarded for their outstanding contributions across all parts of the UK for their work on areas including sustained public service, youth engagement and community work.

Such recipients include 100-year-old Peter Offord Davies from Macclesfield, who has been awarded a BEM for his work as a reading volunteer at Dean Valley Community Primary School in Bollington, Macclesfield.

Pamela Goldsmith from West Sussex is also being awarded an BEM, for raising more than £1.5 million for Macmillan in 20 years of volunteering. Jade Clarke, who represented the United Kingdom at the 2014 Commonwealth Games and glassblower John Reyntiens, who is most well-known for the bespoke stained-glass window at the North End of Westminster Hall which was gifted to Her Majesty the Queen for her 2012 Diamond Jubilee, receive MBEs.

Jawahir Roble, from London, and who grew up playing football in war-torn Mogadishu, has also been awarded an MBE for services to football, after becoming the first black, female, Muslim, hijab-wearing referee in the UK.

Following her commitment to help children and families fleeing Ukraine, Cambridgeshire resident Louenna Hood has been awarded a British Empire Medal. Her voluntary work has seen more than £170,000 raised to help people fleeing the war-torn country and she has helped to organise the delivery of five container loads of essentials directly to people in need.

Asrar Ul-Haq DL was one of the first Asian police officers in Greater Manchester Police and spent his career in policing building a positive relationship between marginalised communities and law enforcement. His work bringing together people from different faiths and backgrounds for a common good has earned him an OBE.

Jim Jones, who is also a police officer in Greater Manchester, has also been recognised with a BEM for his work to improve the way police forces work with military veterans. His close work with the veterans community has seen veterans encouraged to consider jobs within the police force and his approach has been followed by many other police forces across the country.

A CBE has been awarded to Pat Jennings, for his football and charity service in Northern Ireland. MBEs go to Scotland’s football captain Andy Robertson for his work with young people and to Chris Kamara for his charity and anti-racism work.

At DBE there is an award for Virginia McKenna, for her work in wildlife conservation and amongst the knighthoods is an award for Robin Millar, for his work in music and disabilities and Grayson Perry for services to the arts.

There is a significant breadth of service recognised across the entirety of the UK. Recipients include MBEs for Gee Walker, founder and patron of the Anthony Walker Foundation; Charles Banks, Chair of the NorthWest Users Group and Secretary, Manchester United Disabled Supporters’ Association; and Judith Backus, the Founder of Hidden Help, a charity helping disadvantaged people in Cornwall.

The youngest recipient in the List is 18-year-old Dara Seamus McAnulty who receives a BEM for his environmental work and for his work with people with Autism Spectrum Disorder.

Knights Grand Cross of the Order of the British Empire

Dames Commander of the Order of the British Empire

Commanders of the Order of the British Empire

Professor Keshav Singhal – For services to Medicine and to the community in Wales (Wenvoe, South Glamorgan)

Officers of the Order of the British Empire

Puneet Gupta – Co-Founder and Chief Executive Officer, PG Paper. For services to Business, to Charity and to the community in Scotland (Kilmacolm, Renfrewshire)

Fukhera (Frank) Khalid – Managing Director, Elbrook Cash and Carry. For services to Business, to Charity and to the community in North London (Great Warley, Essex)

Mahanta Bahadur Shrestha – Philanthropist. For services to the community in the London Borough of Ealing and to the Nepalese community (London, Greater London)

Members of the Order of the British Empire

Shadim Hussain – Chief Executive, My Foster Family. For services to Equality and to the Foster Care System (Bradford, West Yorkshire)

Medallists of the Order of the British Empire

Ziana Ayesha Butt – For services to Netball and to Diversity (London, Greater London)

Zakaria Arif Dada – For services to the community in the London Borough of Merton during Covid-19 (London, Greater London)

Jagraj Singh Sran – For services to Charitable Fundraising and to the community in Cranford, London Borough of Hounslow (Middle Green, Buckinghamshire)

Dr Mohamed IBRAHIM – Founder, the Mo Ibrahim Foundation. For services to Charity and to Philanthropy.

ORDER OF THE BRITISH EMPIRE

Sonashah SHIVDASANI – Founder and Chief Executive Officer, Soneva; and Founder, Six Senses. For services to Tourism, to Sustainability and to Charity.

Vineet BHATIA – Chef. For services to UK Cuisine, to Hospitality and to International Trade.