Nepalese to build first Hindu temple in Aldershot: urge the community to support 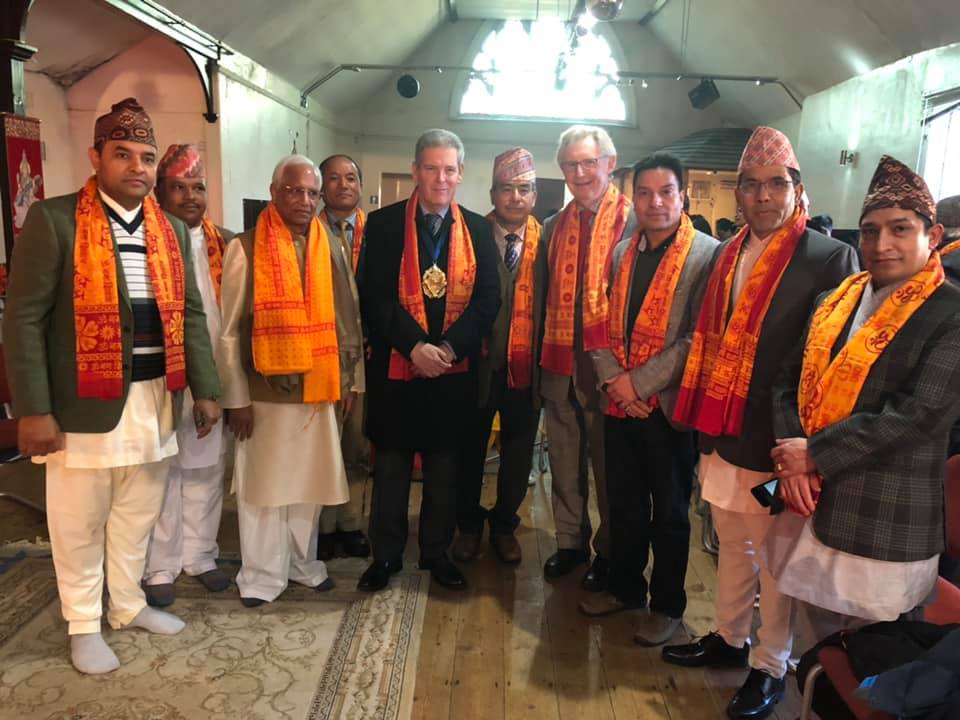 London : Nepalese community living in the Rushmoor area along with UK are making their effort to build a Hindu temple in Aldershot. The team actively initiating the project is urging for monetary support from the community for their first Hindu temple, dedicated to Lord Shiva.

The Shiva Cultural and Community Centre  has set up on 25th February 2008 following the mandate from the public to build a temple in Rushmoor to serve the Hindu Community.  A committee was formed, charity status was subsequently applied for the project and granted. Once established, the centre offered Hindus a place to worship and seek spiritual guidance while also building links with the wider community.

The committee also hoped that this place will not only provide a meeting place for social, educational and cultural activities, but also a place for spiritual awareness. It is said to be a place to give warm welcome to newcomers to this area, which is often appreciated by the community.
As first generations of Nepalis settled in this country, raising funds to acquire a temple spot was tough. So committee engaged with Rushmoor Borough Council and Aldershot MP looking for a suitable site or premises for the cultural centre. Rushmoor council identified a place, an unused Jubilee Club in Hawley Lane, Farnborough for theirneed. But when they tried to secure a permanent spot for the temple, they failed.

According to Rohit Gurung , Shiva Cultural and Community Centre committee, a charity registered company,  has now finally secured a building for the temple and community centre in Odd Fellows Hall, Queens Road in Aldershot. A deposit has been paid and full amount is due by end of January 2019. The target for fund collection is £350,000 which include renovation cost to make it fit for the mandir.

Urging the Asian community to donate, Mr. Gurung   added ,“At present we have surpassed £135,000 in cash through donations with £90,000 unpaid pledges from our community, but we still need your help in fulfilling this dream.

Dr Durga Bahadur Subedi, Ambessdor of Nepal to UK and his team is also actively supporting for this Nobel cause, the SCACC management team stated.

“This mandir project now has fully support from Rushmoor Borough Council, and Aldershot member of Parliament. As an inclusive organisation we will accommodate anyone of Hindu faith by providing cultural/worshiping space for family or collective worshipping. All the committee members have personally given a magnificent donation and is also leading the fundraising campaign. This is going to be the first Hindu temple for the Nepalese who have settled in Rushmoor.” Said Mr Bikram Bhattarai , general secretary of SCACC. 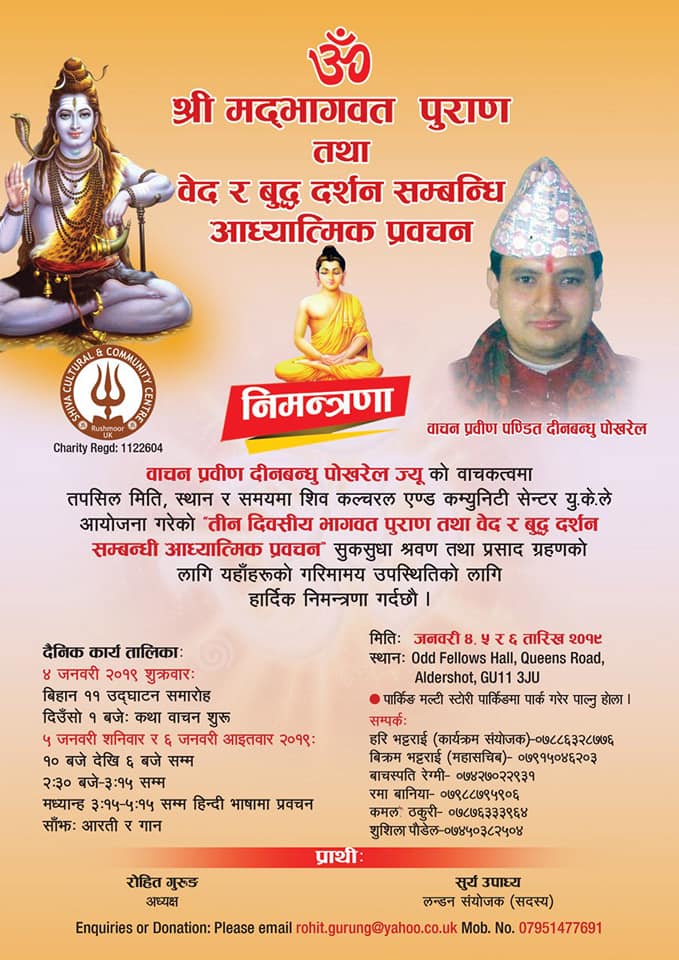 In order to raise funds, they have also invited Shri Pandit Deen Bandhu Pokhrel, an influential spiritual speaker from Nepal who will recite the Bhagwat Mahapuraan centre in Odd Fellows Hall, Queens Road, Aldershot, GU11 3JU on 4, 5 and 6 January 2019 from 1000 hrs to 1300 hrs and then from 1400 hrs to 1700 hrs followed by kirtans from 1800 hrs. On 5 January from 2pm Panditji will conduct the discourse in Hindi.  The fundraiser program has been inaugurated today with the huge presence of Nepalese  people and other community leaders from different community.

The growth of Nepalese community can be seen  particularly in Rushmoor borough after the announcement of former PM Tony Blair government to provide permission to the Gurkha soldiers family in 2004.  The announcement was said to be made to address the right to equality to those Nepalese soldiers who served in Her Majesty’s Gurkha regiment . Prior to the decision many Gurkhas, who had already gone hometown Nepal, travelled back to the UK for the purpose, but without families and dependants.

The 2011 Census showed that 6,131 people living in Rushmoor (6.5%) are of Nepalese origin, including Gurkhas, making the area the largest home for the community.

Today’s Aldershot, an otherwise dying town, is a completely different picture. In the ten years since the right to settle were given, the Gurkhas and the Nepalese community have injected life into the city with their hard work and business acumen especially youngsters under the age of 30 years joined their parents when they moved the UK, have now all grown up to become successful entrepreneurs and professionals.

When the community first started settling in the area, issues were different. From basic problems such as warm homes to house helps for elderly families to jobs, now they have built a strong community around the area. From independent shops, to hotels and banquets, the Gurkhas are quite independent and flourishing in the area now.

The Aldershot Buddhist Centre was established by Nepali Buddhists with the help from all the Buddhists in the UK, which is billed as UK’s first Buddhist community centre. The centre was formally opened on the high street by the 14th Dalai Lama in June 2015.