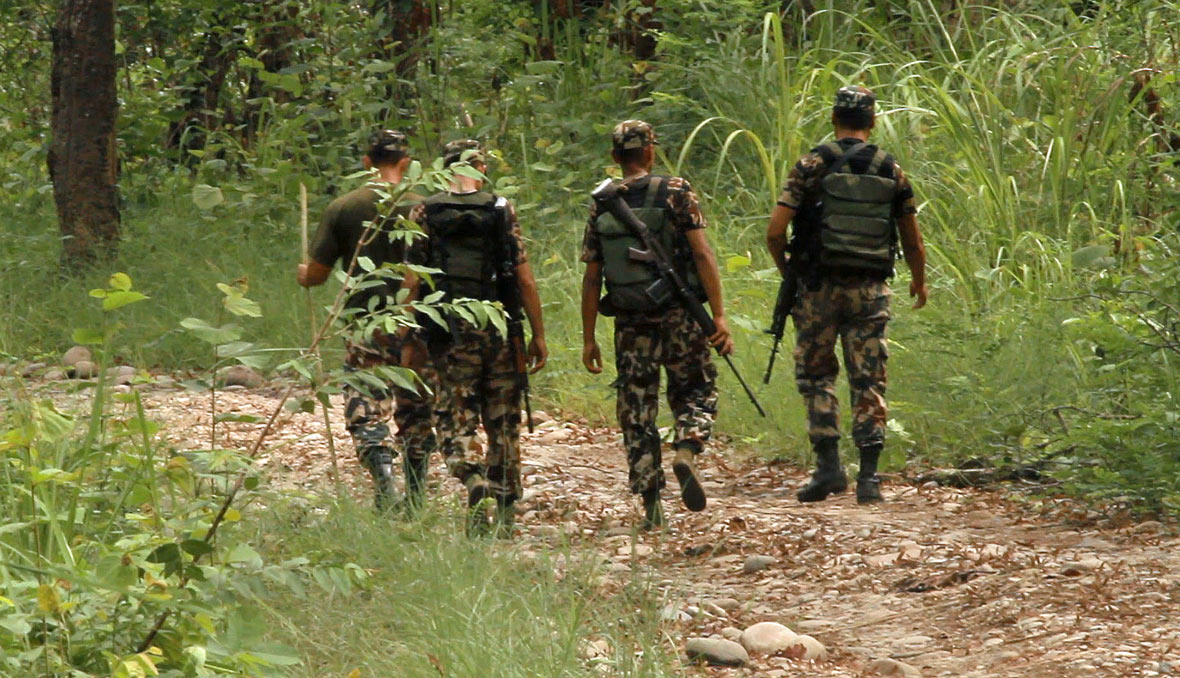 KALAIYA, Jan 7: Jungle combat training is generally considered an important aspect for boosting up the counter-insurgency and counter-terrorism capacity of the security forces.

The Counter-Insurgency and Jungle Warfare Academy operated by the Nepal Army here has become the outstanding centre for training even the foreign armies on jungle warfare.

Of late it has become the first choice of soldiers especially for the American, Chinese and Indian army officers to hone their counter-insurgency and counter-terrorism capacity. This is a must training course for the Nepal Army officer cadres.

The Academy is spread over 123 bighas land at Jeetpur Municipality-21 of Bara district. The jungle warfare that the Academy imparts especially to the armed forces is considered among the world-class training of its kind.

“The foreign army officers use the knowledge, skills and capacity they have gained during the training here at the Academy use in training in their respective countries,” Colonel KC said.

The Academy established with the objective of honing the counter-insurgency and counter-terrorism skills of the Nepal Army has been giving its advice and feedback after making a deep analysis on these topics to the related bodies also in recent times.

The Academy has the policy of revising its curriculum to make it capable to take on the future challenges related to counter-insurgency and counter-terrorism. It also has been incorporating the personnel from other security bodies in its training sessions. More than 150 police personnel were trained here during the conflict period.

This place is infested by snakes and scorpions in the summer (from April to July). Moreover, the Parsa National Park also adjoins the Academy. According to the National Park Office, there are around 65 elephants, seven Royal Bengal Tigers, 105 blue bulls, 3-5 rhinos roaming in the park. The park is home to 37 mammals, 490 species of birds, 31 species of butterflies and 336 species of plants.

The training academy is a place of attraction to foreign army cadres also because it is next to te park which is a habitat for many wildlife.

A Korean Army trainee officer shared that besides the challenge of acquiring skills to survive in the jungle, the training is also thrilling and adventurous at the same time.

It is said developed countries are ramping up investment in increasing the capacity of their armies in counter-insurgency and counter-terrorism capacity in recent times. Defence analysts say the significance of this kind of training is growing day by day in the world due to the geo-political situation.