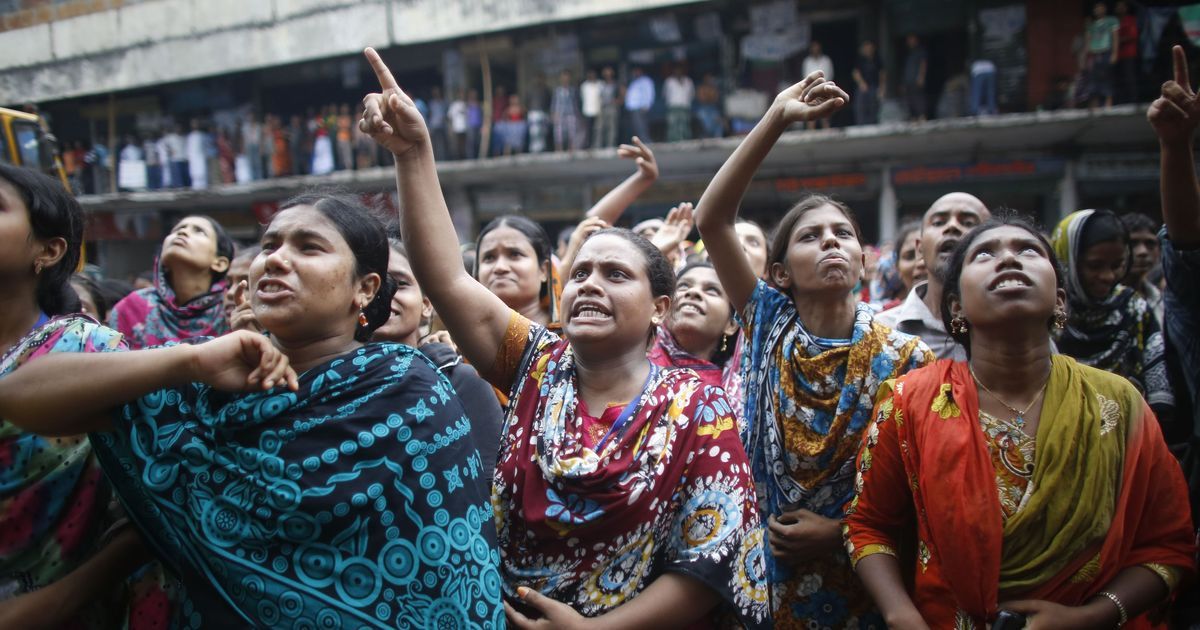 The authorities meanwhile confirmed that one worker was killed and 50 others injured on Tuesday after police fired rubber bullets and tear gas at some 5,000 workers protesting in Dhaka and on the outskirts of the capital.

Bangladesh’s 4,500 textile and clothing factories exported more than US$30 billion (S$40.7 billion) worth of apparel last year, making clothing for retailers such as H&M, Walmart, Tesco, Carrefour and Aldi.

Police said about 10,000 workers blocked the highway at several places outside the industrial town of Savar, on the outskirts of Dhaka, for hours after some 50,000 workers walked out of their factories in the morning demanding higher wages.

Some 2,000 workers from a major factory in Dhaka also walked off their shift and blocked a road in the northern suburb of Kalshi, an AFP photographer at the scene said.

The protests are the first major test for Prime Minister Sheikh Hasina since winning a fourth term in Dec 30 elections marred by violence, thousands of arrests and allegations of vote rigging and intimidation.

Bangladesh raised the minimum monthly wage for the garment sector’s four million workers by 51 per cent to 8,000 taka (S$129) from December.

But senior workers say their raise was less than this and unions, which warn the strikes may spread, say the hike fails to compensate for price rises in recent years.

“We won’t leave the road until our demand is met,” said Ms Asma Khatun, a protesting worker at Kalshi.

Mr Mohammad Abdullah, another worker, said manufacturers have hired local musclemen to stop workers in other factories from joining the protest.

The protests came despite a move by the country’s authorities to set up a committee to review wages.

Bangladesh is the world’s second-largest garment maker after China.

But despite the industry’s role in transforming the impoverished nation into a major manufacturing hub, garment workers are some of the lowest-paid in the world.

The industry also has a poor workplace safety record, with the collapse of the Rana Plaza garment factory complex in Savar killing more than 1,130 people in 2013 in one of the world’s worst industrial disasters.

Following the disaster, major retailers formed two safety groups to push through crucial reforms in the factories, prompting manufacturers to plough in more than a billion dollars in safety upgrades.