China and India are likely to lead world economy by 2030 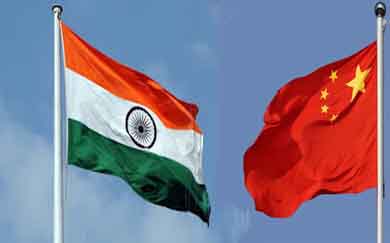 The United States of America could lose its position as the world’s biggest economy as soon as next year – and once that happens, it is unlikely to regain the top spot as developing Asian economies power ahead.

According to research released this week by Standard Chartered Bank, China is likely to become the world’s biggest economy at some point in 2020, when measured by a combination of purchasing-power-parity exchange rates and nominal gross domestic product.

Using PPP alone, China is already considered the world’s largest economy, but on a nominal basis the US remains in the lead.

Not only is China likely to overtake the US in 2020, but by 2030 it will be joined by India, Standard Chartered said in its report, with annual GDP growth set to accelerate from about 6% now to almost 8% in the coming decade.

“India will likely be the main mover, with its trend growth accelerating to 7.8% by the 2020s partly due to ongoing reforms, including the introduction of a national goods and services tax (GST) and the Indian Bankruptcy Code,” Standard Chartered said.

“Our long-term growth forecasts are underpinned by one key principle: countries’ share of world GDP should eventually converge with their share of the world’s population, driven by the convergence of per-capita GDP between advanced and emerging economies,” a team of economists from the bank wrote in a note to clients. 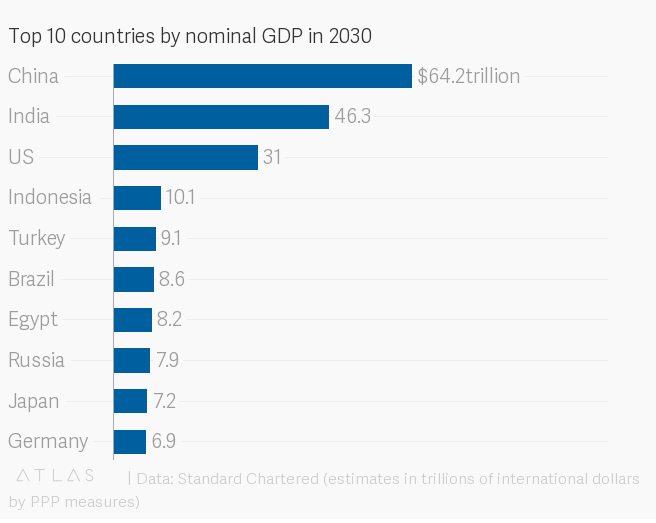