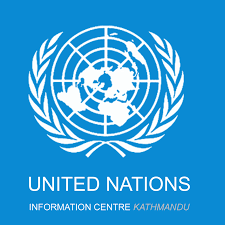 AFP, UNITED NATIONS – The United Nations cautioned Nepal on Thursday that it risked failing war crimes victims as a deadline for investigating atrocities during its decade-long Maoist conflict draws near without a single case being resolved.

Nepal established two commissions in 2015 to probe abuses by government forces and Maoist rebels during the civil war that left 17,000 dead and others missing without a trace.

The government had promised to deliver justice to victims but three years later, rights watchdogs say almost no progress has been made.

With the mandate for both commissions set to expire in a fortnight, Kathmandu has yet to extend its commitment to continuing the peace process.

“Any solution should have the needs of victims at its heart. Only then can the peace process move forward”, the UN said in a statement jointly signed by the US, UK, France and Germany, among other nations.

“We are united in the view that without broad public trust in the process, Nepal will not be able to bring closure to the wounds and grievances that persist from the conflict era, nor be able to complete the peace process,” the statement said.

More than 60,000 complaints have been filed to both commissions – one investigating an estimated 3,000 forced disappearances and the other focusing on crimes such as rape and murder.

But critics say the truth and reconciliation process has been poorly designed from the outset and stymied by a lack of funding and political will.

The government has not granted the commissioners the legal powers necessary to prosecute war crimes, while a provision granting amnesty to perpetrators is still on the books.

“An extension alone is meaningless. We need a body we can trust to deliver justice to us victims,” Suman Adhikari of Conflict Victims’ Common Platform told AFP.

Fighting ended in 2006 with a peace deal between Maoist insurgents and government forces. Many former rebels now fill the political ranks of Nepal’s ruling party.

Just two prosecutions related to civil war-era crimes have been handed down in civilian courts, one linked to the murder of a teenage girl and the other concerning the killing of a journalist.

Copy of a letter issued by diplomats: