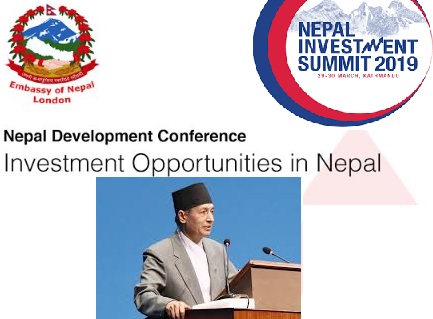 London : Finance minister of Nepal Dr Yuvaraj Khatiwada is due to visit London to attend an investment conference organised by The Embassy of Nepal to U.K. , London.
During the interaction program with international investors and diaspora Nepalese community  Mr Khatiwada will  directly communicate the government’s policy and answer the curiosity of the investors that will help to boost the mutual understanding and confidence . Nepal has got new and progressive constitution which is dedicated to support trade and investment for the prosperity. The government has guaranteed the security and support for international trade and investment. The motto of “The Nepal Development Conference UK, 2019” is to boost the confidence of the investors and eliminate all the ambiguity, Dr. Durga Bahadur Subedi , envoy of Nepal to U.K. said .
Mr Khatiwada is visiting to 20th of February to interact with the investors as a chief guest  of the Nepal invest conference, Mr Sharad Raj Aran , the spokesperson of the embassy said.

During his visit in U.K., Mr. Khatiwada is also scheduled  to meet British Secretary of the State for the international development Peny Mordaunt, Mr Aran added.

Correspondingly, the  General Secretary of NRNA-UK , Mr RK Tripathi said that Non Residential Nepalese Association UK  has also organised an interaction program about Foreign Direct Investment In Nepal with Mr. Khatiwada.  The interaction among NRN community, local British investors and the Finance minister of Nepal  is set for 21st of February. He has urged on behalf of NRNA to all interested British entrepreneurs and diaspora Nepalese  investors living in U.K. to take advantage from the interaction program as Nepal has been goldmine for investment after the dynamic political settlement, richness of resources, new opportunities and less competition among business and its geopolitical balance as well as the huge market between the India and  China.

The government of Nepal  is due to organise Nepal Investment Summit 2019  from 29th of March to 30th of March. 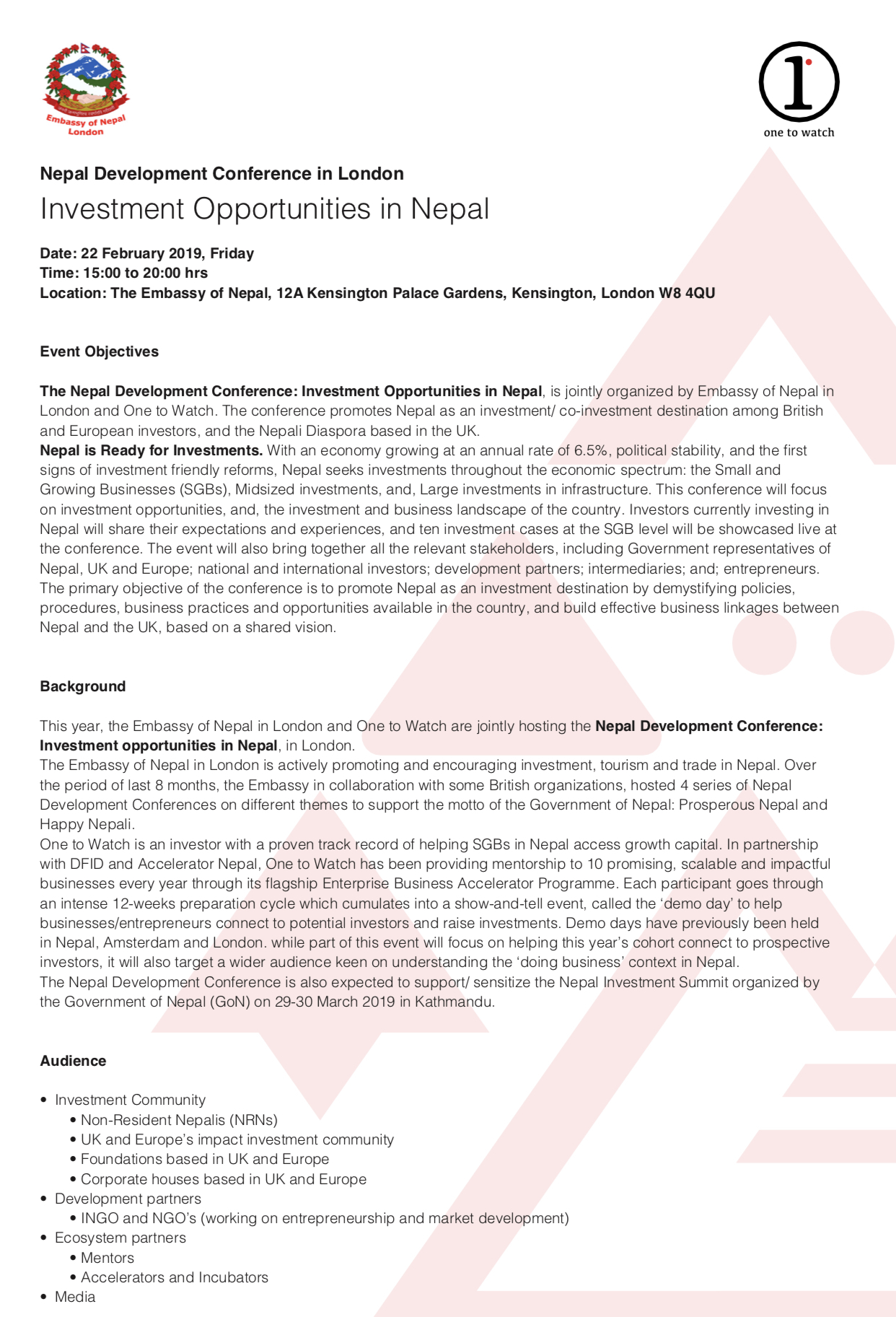 Nepal Investment Summit 2019 is being held in Kathmandu on 29-30 March 2019. Kindly visit the website : https://t.co/tLAKP0GQzp,
Email: 2019@investmentsummitnepal.com,
Register now to participate, explore and encourage for the investment in Nepal. pic.twitter.com/mFnlq1p3GL

Statement from MOFA about the investment opportunity in Nepal ,

Why it is right time to invest in Nepal ?

Nepal has been pursuing a liberal foreign investment policy and been striving to create an investment- friendly environment to attract FDIs into the country. Our tax slabs one of the lowest and our position is fairly good in ease of doing business. Profitable areas of investment include hydropower, industrial manufacturing, services, tourism, construction, agriculture, minerals and energy.

Most investment gurus believe that agriculture and mining will produce the best returns around the world in the next 20-30 years. Food prices are expected to go up because the growing middle class population in emerging markets will demand more expensive food including meat and more jewelry. Worldwide inflation will be higher than expected; so holding precious metals will be better than holding cash.

Nepal is close to India and China which will have the largest surge in the middle class population in the history of the world. As families become smaller and wealthier, they will start eating well. Meat consumption will rise. It will take more agricultural resources to produce more meat.

These families will also be more interested in traveling. Due to proximity, Nepal is a prime destination for both Chinese and Indian tourists.

Although land prices in the Terai and rural areas in Nepal are starting to go up, they are still cheap. Land can provide dividends in terms of crops while waiting for the value to go up in a couple of decades.

Jeremy Grantham, a famous investor who predicted the 2007 financial meltdown, predicts that state-of-the-art organic farming is the best investment in the world now. In Nepal, we can combine both traditional and modern organic farming techniques to grow food in anticipation of the rapid food price increase.

Nepal is the country in the world which is sandwiched between two fastest growing large economies. India and China will have a huge growth in middle class population eager to travel. Nepal can tap the growing tourism market by anticipating where Chinese and Indian tourists may want to spend.

Buying shares in tourism-related stocks such as hotels, airlines or restaurants is a passive way to tap this potential. You can also open a resort or travel agency in anticipation of the boom. If you open up your own venture, the key to success is to be appealing and different from others.

Potential of hydropower in Nepal is huge. While investing in large-scale hydropower plants may need huge sum, it is possible to buy shares in related companies when they go public.

Several hydropower projects are underway in Nepal. In the next 10 years, several of them will become public. This will provide a good opportunity for an ordinary investor without millions of rupees to invest. For large scale investors, projects await in number. Nepal concluded a much awaited Power Trade Agreement with India in 2014 paving the way for trade of electric power just like other marketable commodities. This now ensures predictability of market once electricity is produced.

4)     Outsourcing from US, Europe and Australia:

Most foreign companies are looking to outsource programming, research or labor-intensive work to developing countries. These companies will save a substantial amount of money by doing so. Such outsourcing opportunities exist especially in web programming because of a large number of students interested in computer engineering in Nepal.

Nepal has produced some of the best doctors around the world. Surgeons from Nepali hospitals also do surgeries in Singapore, UK and USA. It is true that Nepali hospitals lack the infrastructure and equipment found in developed countries, but the quality of doctors is high.

So a good opportunity to invest is in medical tourism in Nepal. Healthcare services in the developed world is expensive. A simple bypass surgery costs around a hundred thousand dollars there, while the same surgery can be done in Nepal at a fraction of the price.

Since Nepal is a country endowed with natural beauty, visiting Nepal for pleasure as well as medical reasons should be an attraction.

With the view to attracting foreign as well as domestic Investment to boost the economy, the Government of Nepal has constituted a high level Investment Board, chaired by the Prime Minister of Nepal. The main objective of this board is to facilitate investors in investing in the potential sectors in Nepal. It provides one window facilities to the investors.

These are a number of investment ideas that can generate significant returns over the years. There will be even more opportunities in Nepal as the middle class population grow in Nepal. Rate of returns on investment in Nepal is high.

Some fact sheets form investment board : 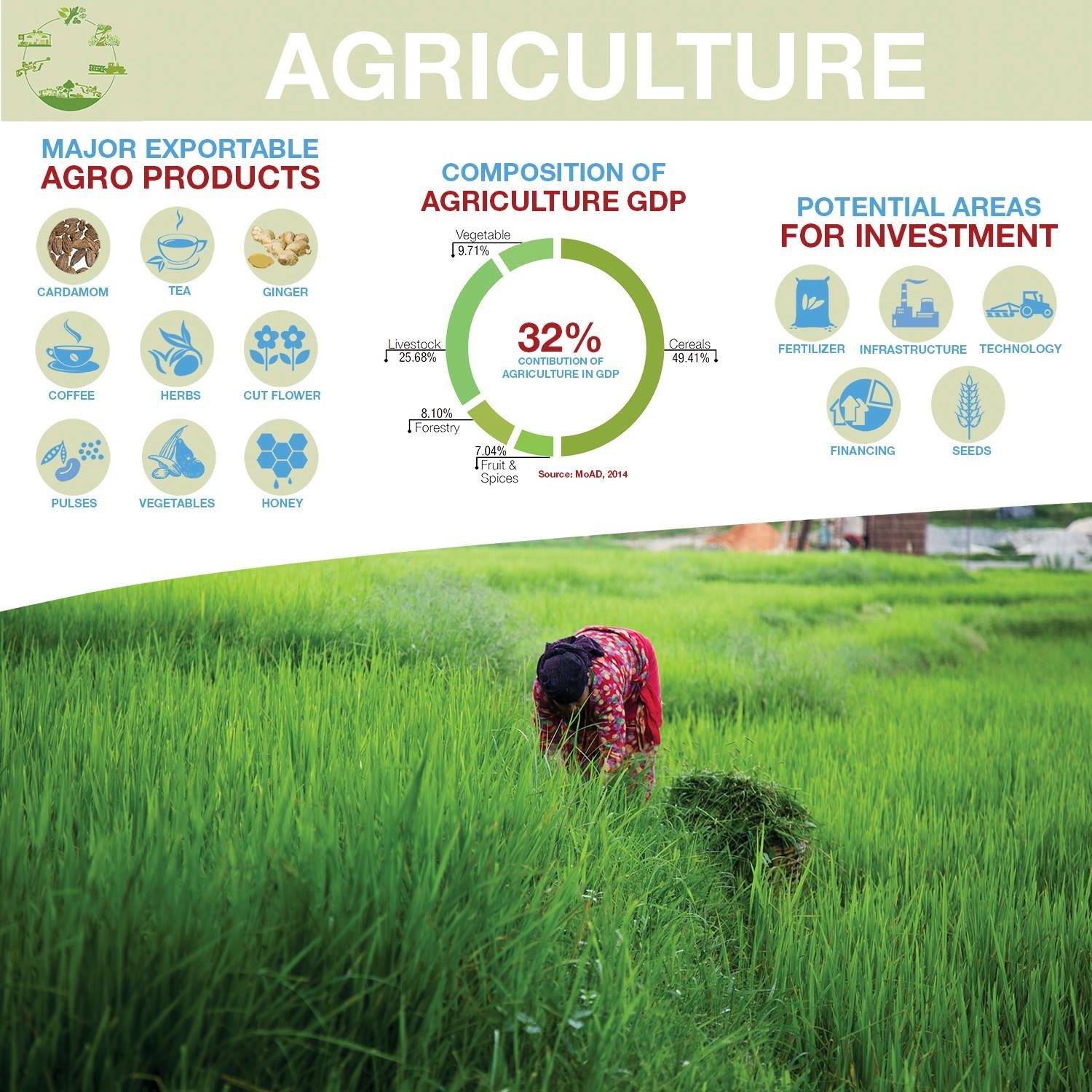 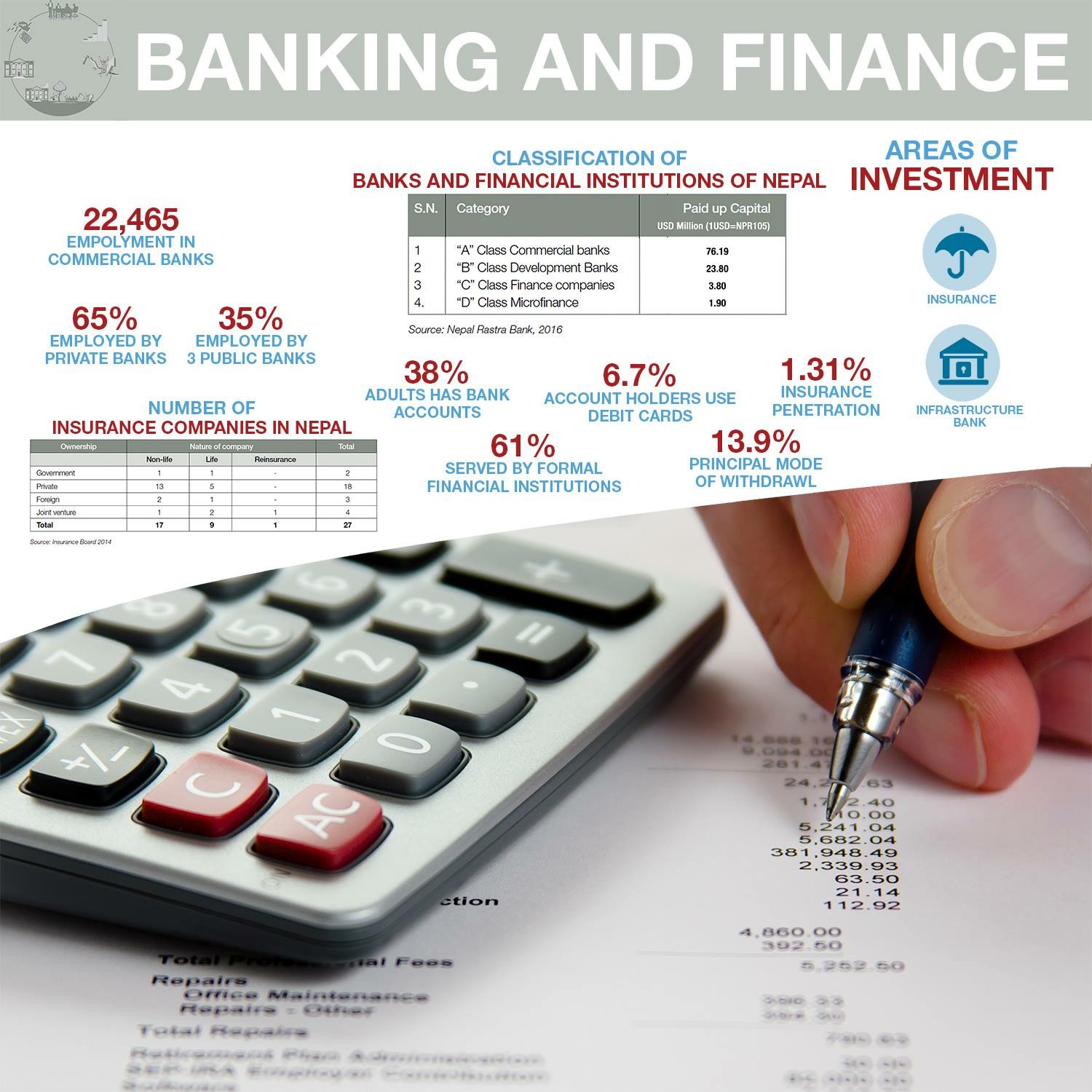 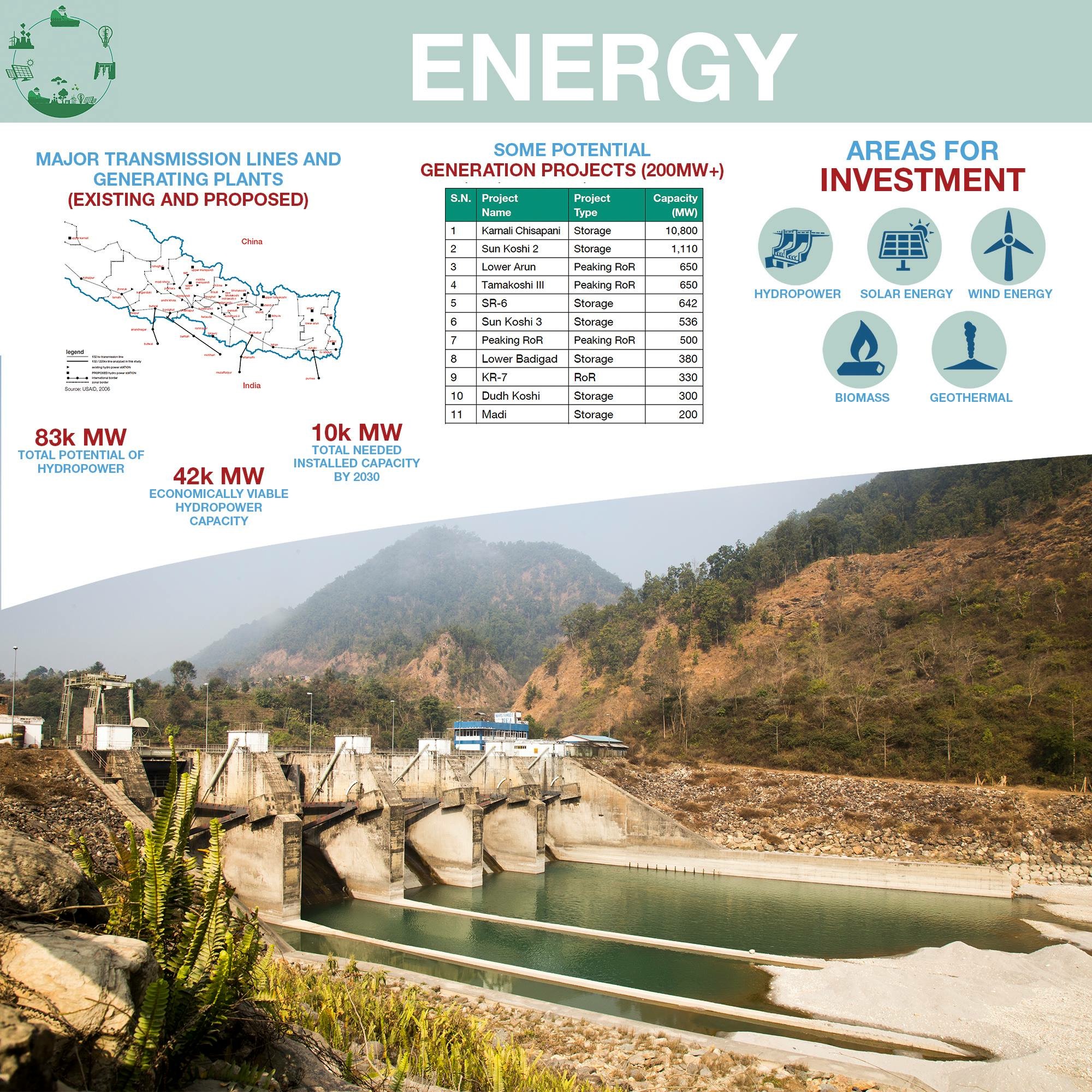 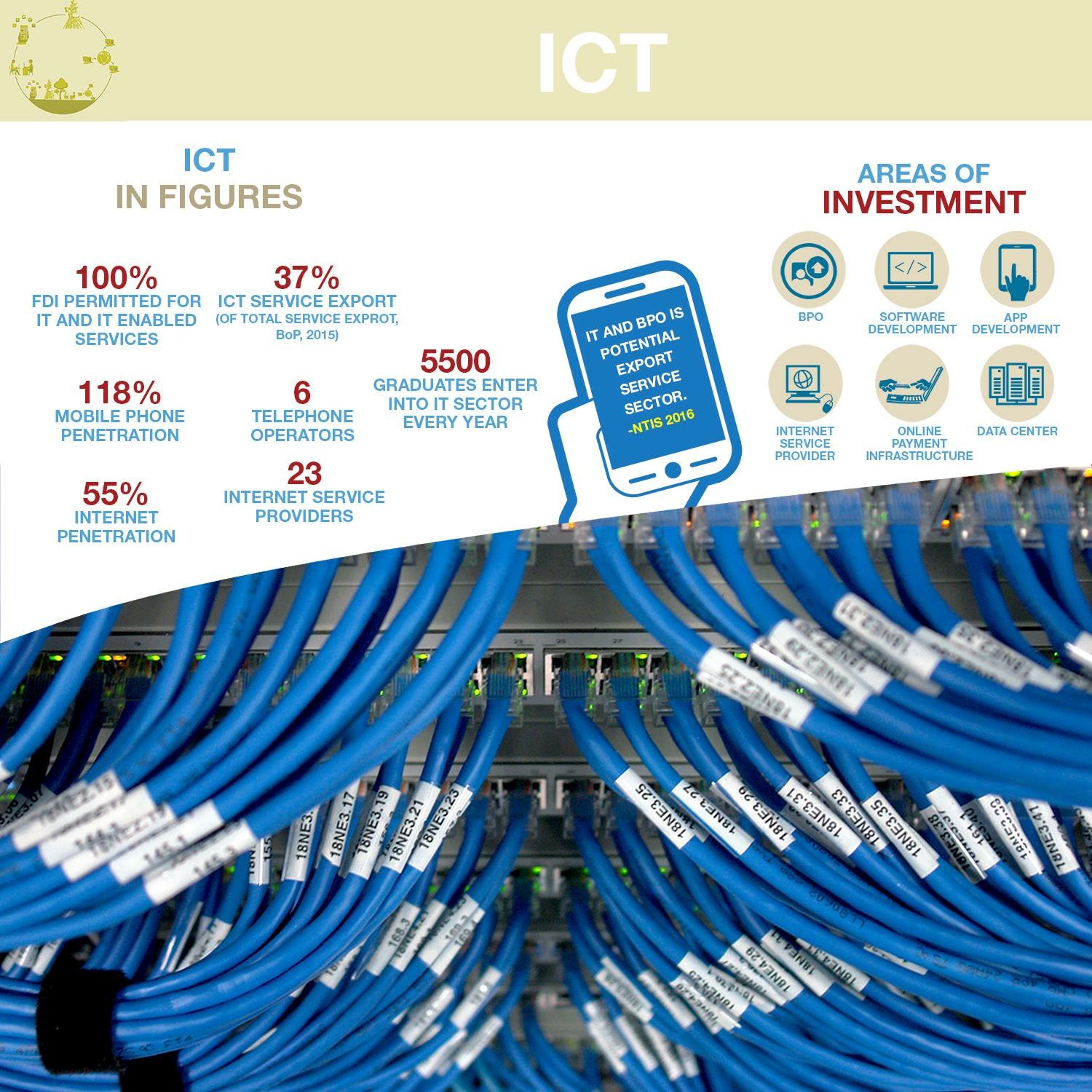 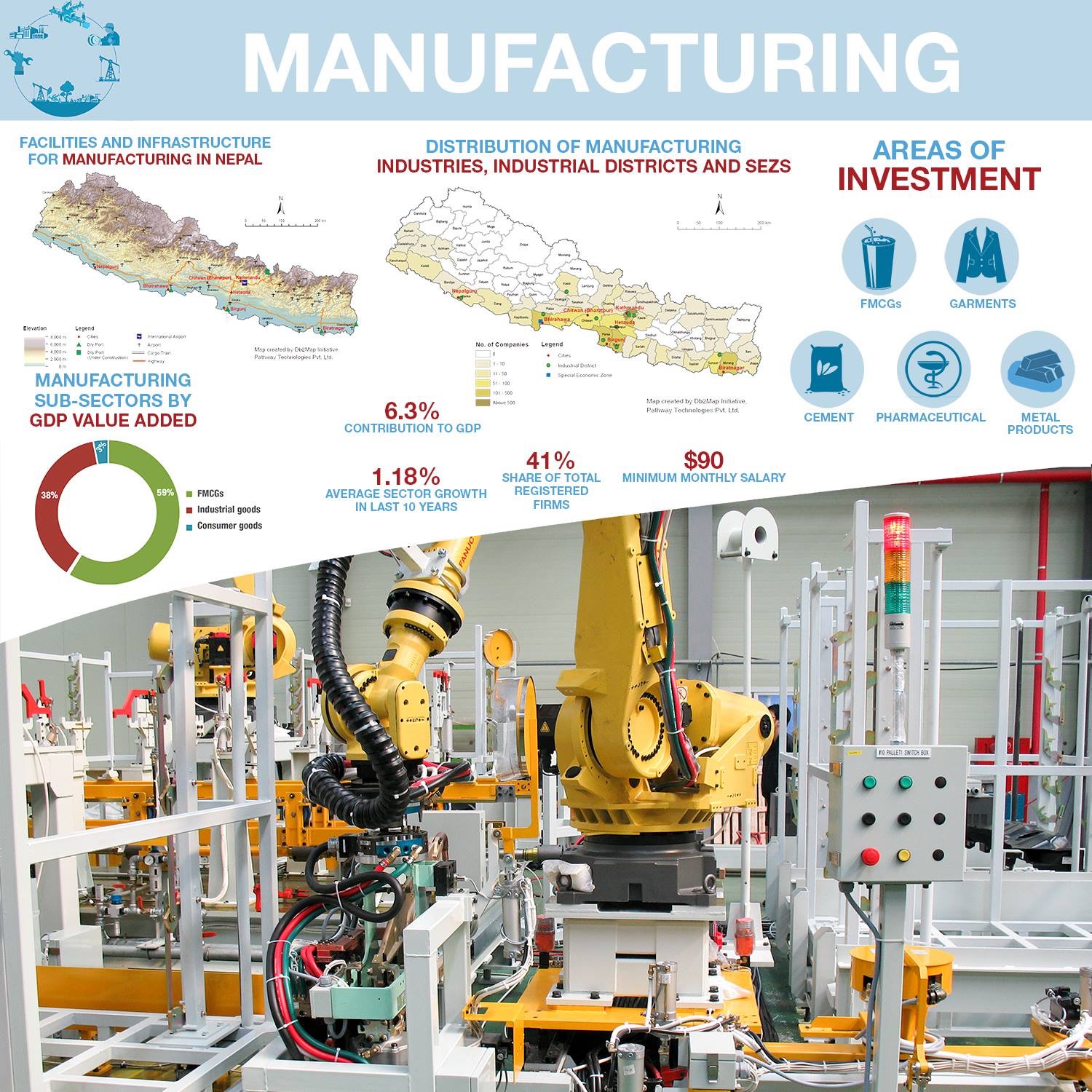