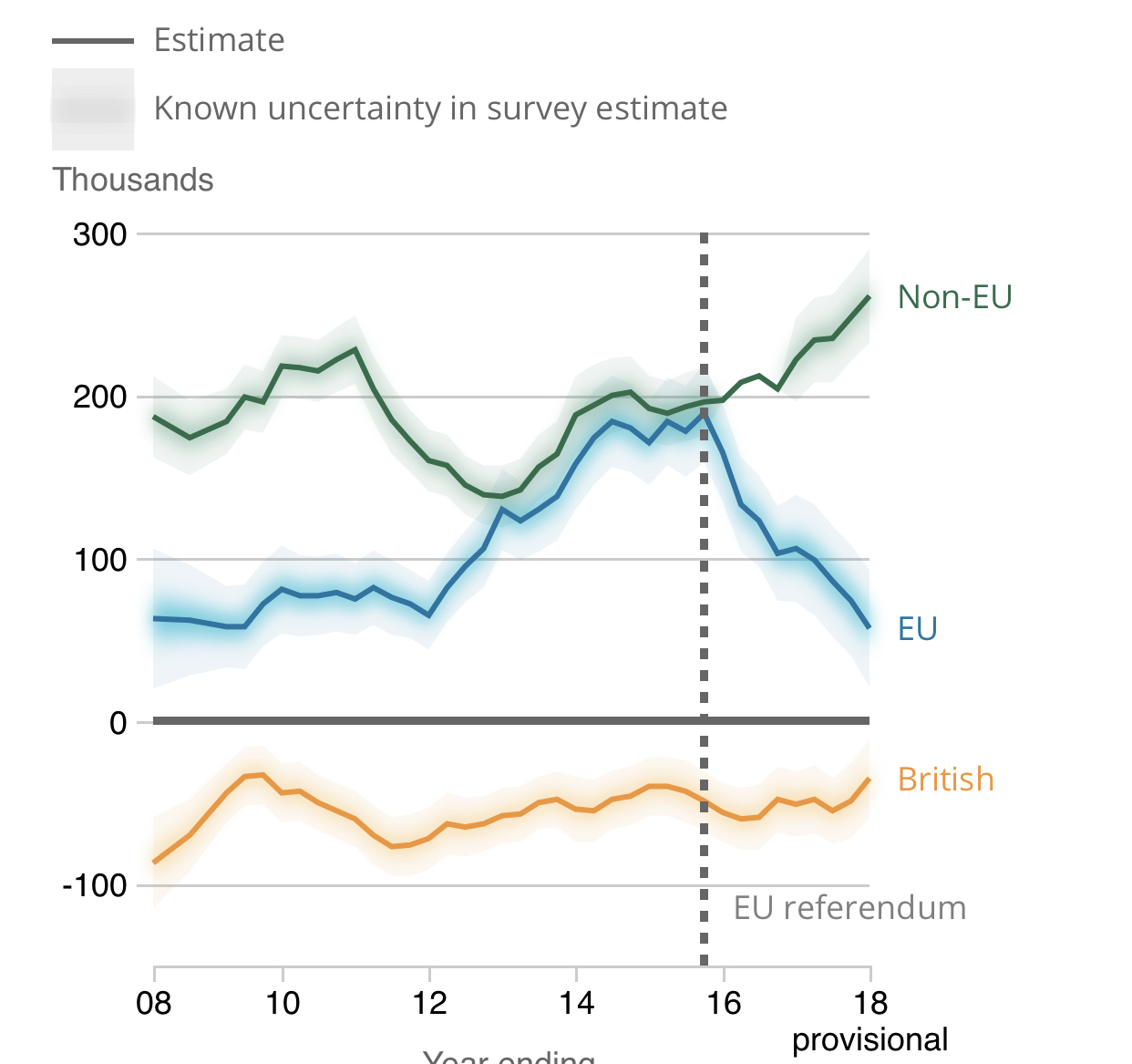 London : Net migration from outside the EU has hit the highest level in nearly 15 years, as a post-Brexit plunge in arrivals from the bloc continued, new figures reveal.

Overall, the balance between the numbers arriving in and leaving the UK remained above 250,000 – nearly three times the Government’s target level of below 100,000.

Office for National Statistics data showed that 261,000 more non-EU citizens came to the country than left in the year ending September 2018.

This was the highest estimate since 2004. 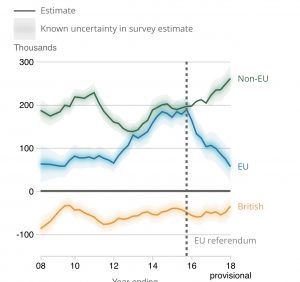