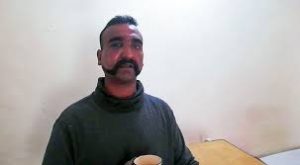 New Delhi : Pakistan Prime Minister Imran Khan on Thursday said his government will release Indian Air Force pilot tomorrow as peace gesture. Khan made the announcement in his address to the joint session of Pakistani parliament.

Wing Commander Abhinandan Varthaman is in Pakistan Army’s custody since Wednesday morning. He had landed on the other side of the Line of Control after his aircraft fell down during aerial dogfight between India and Pakistan.

“I appeal to India and Narendra Modi not to escalate the situation further. It would not be in favour of either India or Pakistan given the kind of weapons the two countries have,” said Khan. He defended violation of Indian airspace by Pakistan Air Force saying the country was forced to “retaliate” following action by India.