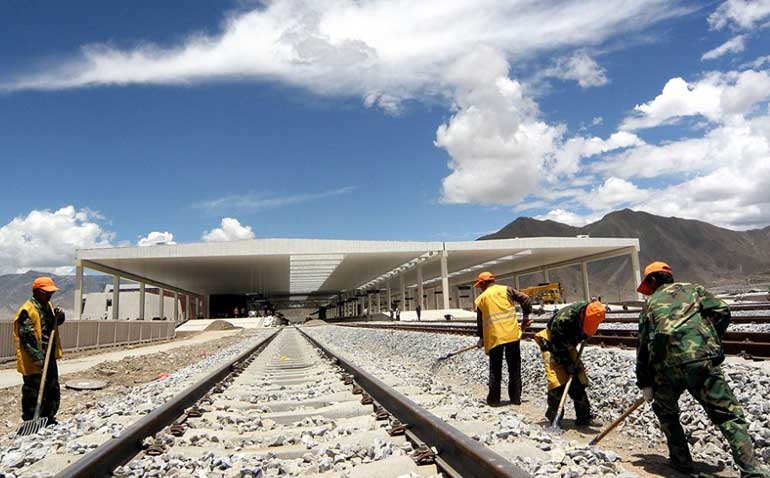 Gopal Sharma , Reuters , KATHMANDU:  Nepal has chosen a railway-track gauge used by China for its network and not the main one India uses citing lower costs, a minister said on Tuesday, a setback for India as it tries to limit Chinese involvement in the Himalayan country.

Last year, India proposed laying a broad-gauge (1,676 mm) rail link from Bihar’s Raxaul to the Nepali capital of Kathmandu, spurred by China’s plans to extend its standard gauge, or 1,435 mm measure, line from Tibet to the city.

Nepal says the Chinese railway link will eventually be extended to the western tourist city of Pokhara and to Lumbini, the birthplace of Buddha.

Nepal Minister for Physical Infrastructure and Transport Raghubir Mahaseth told news agency Reuters in an interview the government will ask India to use the standard gauge on the line it is building.

“Standard gauge is less expensive and is used in many countries,” Mr Mahaseth said.

The planned 130-km line from Raxaul to Kathmandu will be the second rail track in the landlocked, mountainous country between India and China.

Nepal’s only railway link, a 35 km track in its southern plains also built by India, is broad gauge.

India is Nepal’s largest economic partner and accounts for two thirds of its foreign trade. The bulk of foreign trade is routed through Raxaul.

At the same time, Nepal is seeking to reduce its dependence on India by increasing road and rail connectivity with China for access to its ports.

Mr Mahaseth said Nepal was using the standard gauge for an east-west railway link it is building parallel to a 1,030 km highway running through the plains.

Nepali and Chinese railway experts are due to meet in Beijing in May to discuss construction of the 70 km link connecting Gyiron in Tibet with Kathmandu, making it one of the most ambitious infrastructure projects in the Himalayan mountains.

“Preparation of a detailed project report for the railway line and its funding modalities will be discussed,” he said.

The proposed railway line will be part of China’s Belt and Road initiative, which aims to link China by sea and land with southeast and central Asia, the Middle East, Europe and Africa, through an infrastructure network.