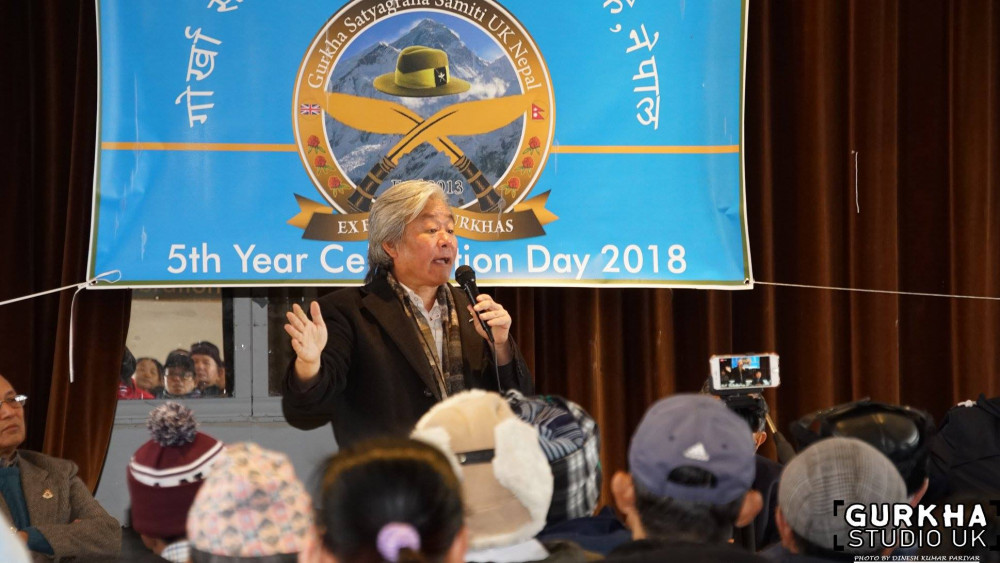 London: The  British Government has recently risen the pension and provided further health and relief package for Gurkha veterans in a bid to address equality issues.  However, the Ex-Gurkhas have shown their disagreement saying the new relief package insufficient, unequal and just as a distraction to their ongoing equality protest campaign.
Amid the new announcement of the UK Government, the Gorkha Satyagraha(peaceful protesting) Committee has announced various stages of the programs of agitation in order to demand equal rights similar to their British born colleagues.

The committee has announced to start their protest from 1st of the May through a  peaceful demonstration in front of the office of British Prime Minister.

Addressing the Ex Gurkha organization “Satyagraha” meeting at Northolt on Wednesday, Mr. Gyan Raj Rai vowed all the Gurkhas to be ready for the protest against all kind of ongoing discrimination to the Gurkhas as the given relief package is insufficient and very less compare to the British counterparts.

Mr. Rai further said that the committee will do protest through publicity movement during the month of April by distributing flyers and communicating the aim and objectives of the protest to the concerned stakeholders.

On the protest of  1st of May, the organization is planning to bring a huge number of Gurkhas to make their voice heard.

Mr. Rai said that the protest might reach up to the cease of the Gurkha recruitment from Nepal if the issues of Gurkhas are not fairly addressed.

Rai further said that although the government of Nepal requested for not doing any protest the Gurkhas are compelled to for raising their voice for the discrimination.