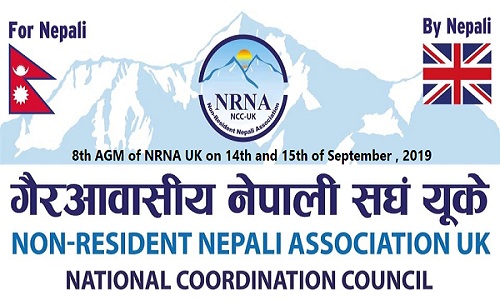 London: NRNA UK has announced its AGM on coming on 14th and 15th of September at Aldershot.  A meeting of the executive committee held in Nottingham has announced the date to choose the new leadership of the organization. 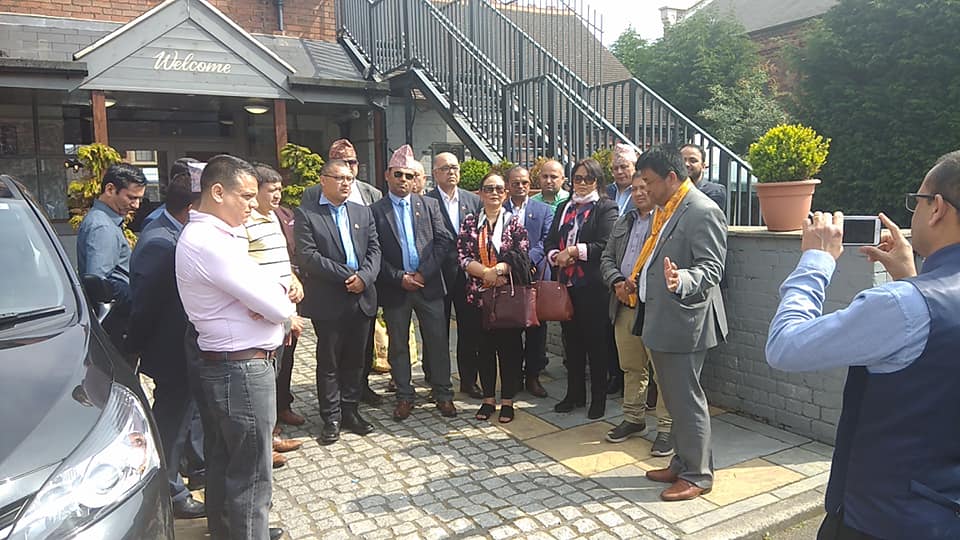 All the Five Vice presidents of NRNA- UK; Mrs. Poonam Gurung, Mrs. Sumitra Rai, Mr. Prem Gaha Magar, Mr. Lalit Kumar Neupane and Mr. Sher Sunar have expressed their interest to run for the president on the upcoming election. Among these 5 candidates, Mrs. Poonam Gurung has already announced her candidacy through media.

For the planning of the upcoming AGM, the meeting of the executive committee has declared few plans of accomplishment.  As per the plan, all the membership application should be applied within the 31st of July 2019.

The membership fee has been reduced to £10 pound from the £25 of earlier tenure which was collected additionally for the purpose of NRNA building.

The membership form can be applied online through the website of NRNA UK. The responsibility of registration management has been provided to Mr. Purna Gurung who has been appointed as the secretary of the NRNA UK secretariat.

The meeting has also decided to allocate a separate election booth for the state or county having members more than 500.  It has also planned to have meetings on 5th May at Plumstead, on 12th May at Golden sip Restaurant, Harrow and on 18th of May at Swindon in order to facilitate membership and discussion with the local community.  Meeting has agreed to continue the ongoing process of charity registration, General Secretary, RK Tripathi mentioned.

The meeting has highlighted the various issues such as delegation to Nepal for NRNA dual citizenship and lobbying for it, membership expansion in border manner, interaction among business ppl and intellectuals,  emergency help and support, expansion of regional committee, lobbying to the authorities of the government of Nepal regarding various issues of NRN community etc as the achievement of the existing executive committee, current President of NRNA UK Mr. Yog Kumar Phagami said.