London : The Buddha Foundation UK and Kapilvastu Samaj UK along with the Embassy of Nepal in London, Non Resident Nepali  Association UK and Nepal Tourism Board organised Lord  Buddha’s 2563rd birth anniversary as  “Buddha Jayanti” at Trafalgar Square in London on Sunday.

The program was organised  with a motto of promoting Lumbini, the birth place of Buddha in Nepal, which is one of the most revered places for Buddhists from around the world.

Buddhist monks chanted from Buddhist scriptures during the ceremony whereas various Nepali cultural items were also performed. Candles were lit calling for world peace and harmony.

Approximately 600 people from various international organisations along with members of the Nepali diaspora attended the event.

Chief guest of the program, Vice Chancellor of the Lumbini Buddhist University of Nepal, Prof Dr Hridaya Ratna Bajracharya, expressed his happiness to be able to attend the  Buddha Jayanti celebrations at the  heart of London. He said the University was looking to promote ties with the British universities regarding courses on Buddhist philosophy.

Ambassador of Nepal to the UK, Dr Durga Bahadur Subedi, thanked leaders of the Nepali community for coming together to spread Budhda’s message of love, peace, non-violence and compassion in a world city like London. Saying that there was no more confusion that Buddha was born at Lumbini in Nepal, he invited all to visit Nepal as part of the Visit Nepal Year 2020 campaign.

Member of the House of Commons and President of the All Party Parliamentary Group on Nepal, Virendra Sharma, said that  Buddha’s philosophy of peace and non violence  had inspired world leaders such as Mahatma Gandhi and Nelson  Mandela. He said Buddha’s teachings are still relevant in the 21st century.

Professor at the Durham University, UK, Dr Robin Conningham who led a team of  archaeologists in the Lumbini area, said there are over 250 archaeologically important sites in and around Lumbini in Nepal and need conservation. He said the discovery of Ashoka Pillar at Lumbini in 1896 by a team led by General Khadga Shumsher Rana and Allison Anton Fuhrer discovered the Ashoka pillar in which it was inscripted that Siddhartha Gautam was born in Lumbini.

Mayor of Royal Borough of Kensington and Chelsea , Meri Teres Rosy , Councillor of Rushmoore Paul Teller, President of NRN UK Yog Kumar Phagami, among others, highlighted the relevance of Buddha’s message in the contemporary world. In his message, Swami Anand Arun, founder of Osho Tapoban, Kathmandu, called upon the international community to celebrate Buddha Purnima as the International Day of Meditation.

Various artists including  Sauravi Dahal , Divya and Kavya Dahal , Muskan Ghimire , the Sayapatri Group, Sushil Prajapati and Binod Chipalu performed at the ceremony. The ceremony began with the chanting of  Buddhist hymns by Buddhist monks.

The coordinator of the program Shivaji Shrestha, Harry Gurung, Jiban Sen, and Arjun Katwal presented token of love to the guests while Treasurer of The Buddha Foundation UK Rajan Khakurel thanked the sponsors. The program was hosted beautifully by Gaumaya Gurung and Lachhuman Gurung. Participants of the Mrs Nepal UK 2018 welcomed the guests.

President of the Buddha Foundation UK, Deepak Shrestha,  expressed hope that the event was organised to promote Lumbini, Visit Nepal 2020 campaign  as well as to promote  Nepali art and culture. He thanked all who helped and supported to make the ceremony a grand success. 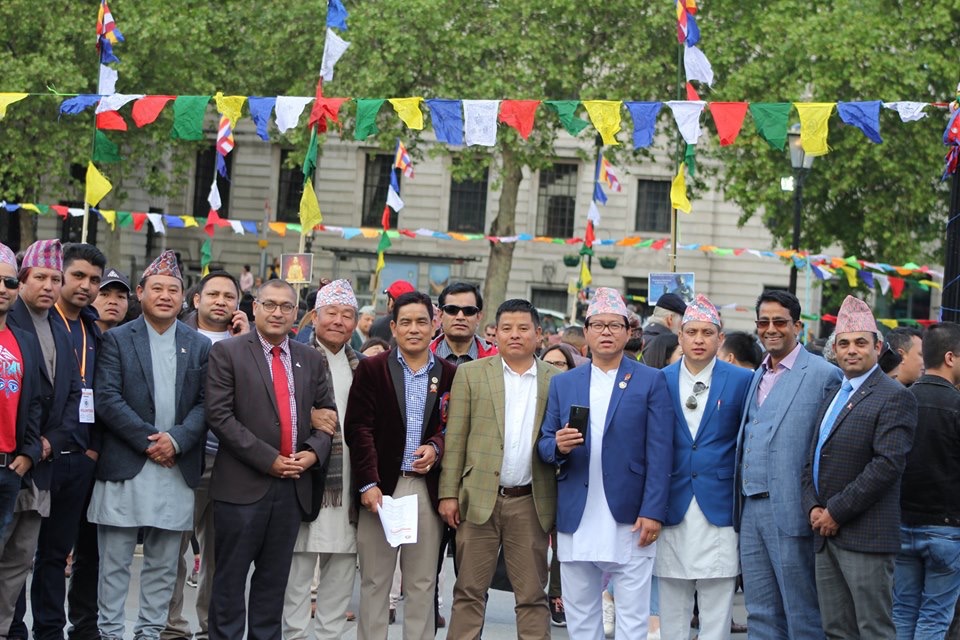 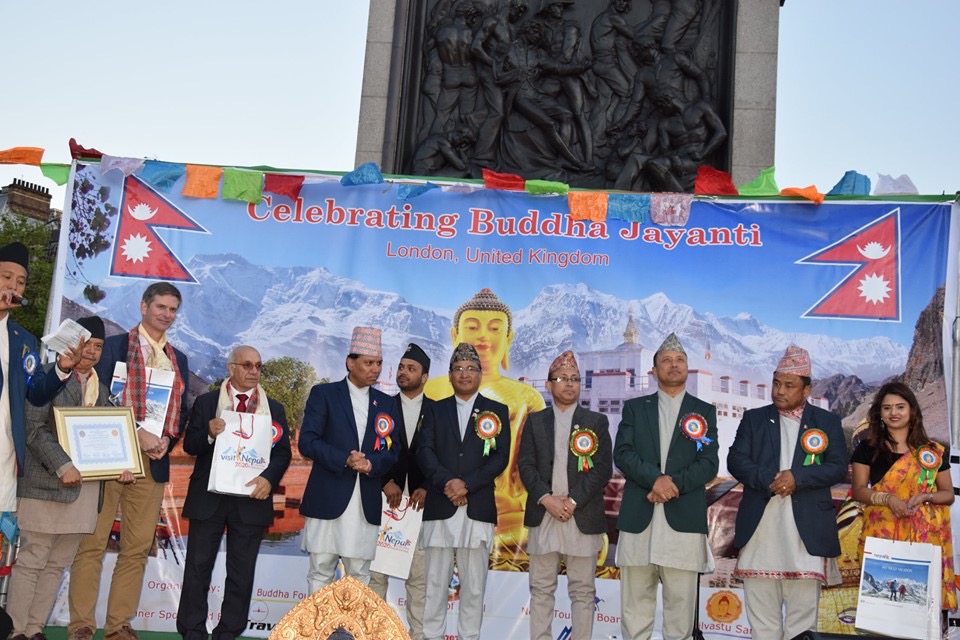 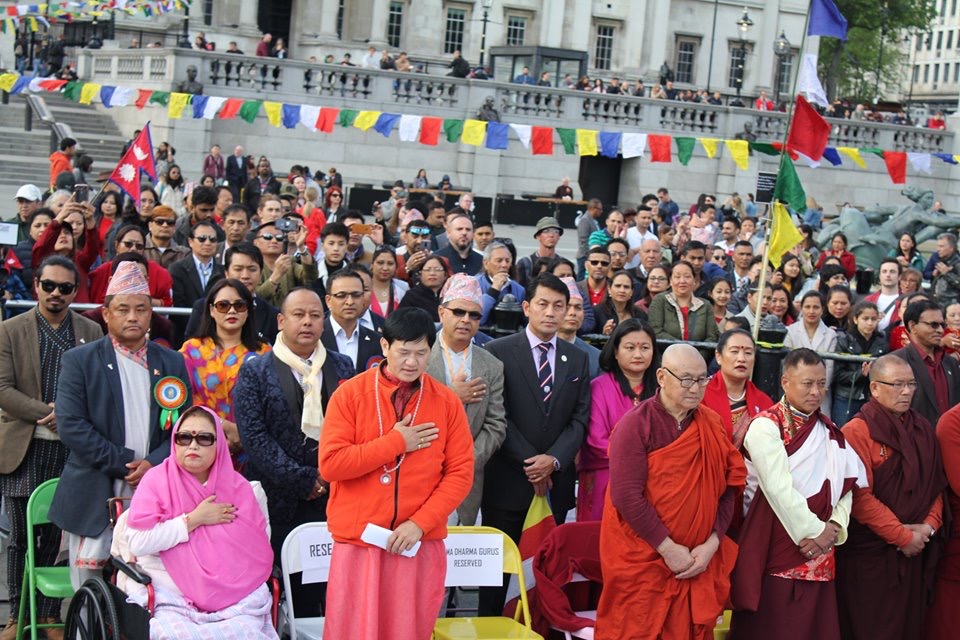