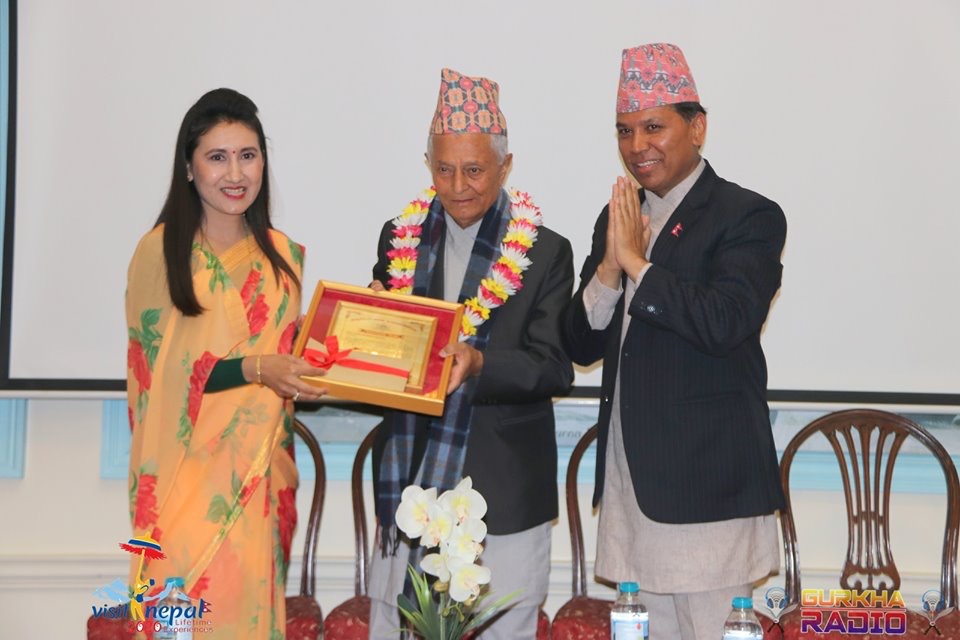 Jagan Karki, London– Over 700 songs and singing continuously for the last 67 years. 82-year-old Nepal’s musical legend, Prem Dhoj Pradhan, mesmerised the audience by singing his evergreen popular numbers at a special event organised by the Nepali Embassy in London on Friday.

It is one of the prestigious awards of Nepal which has been awarded to veteran Nepali poets, singers and musicians in recognition of their contribution to Nepali music, art and literature. 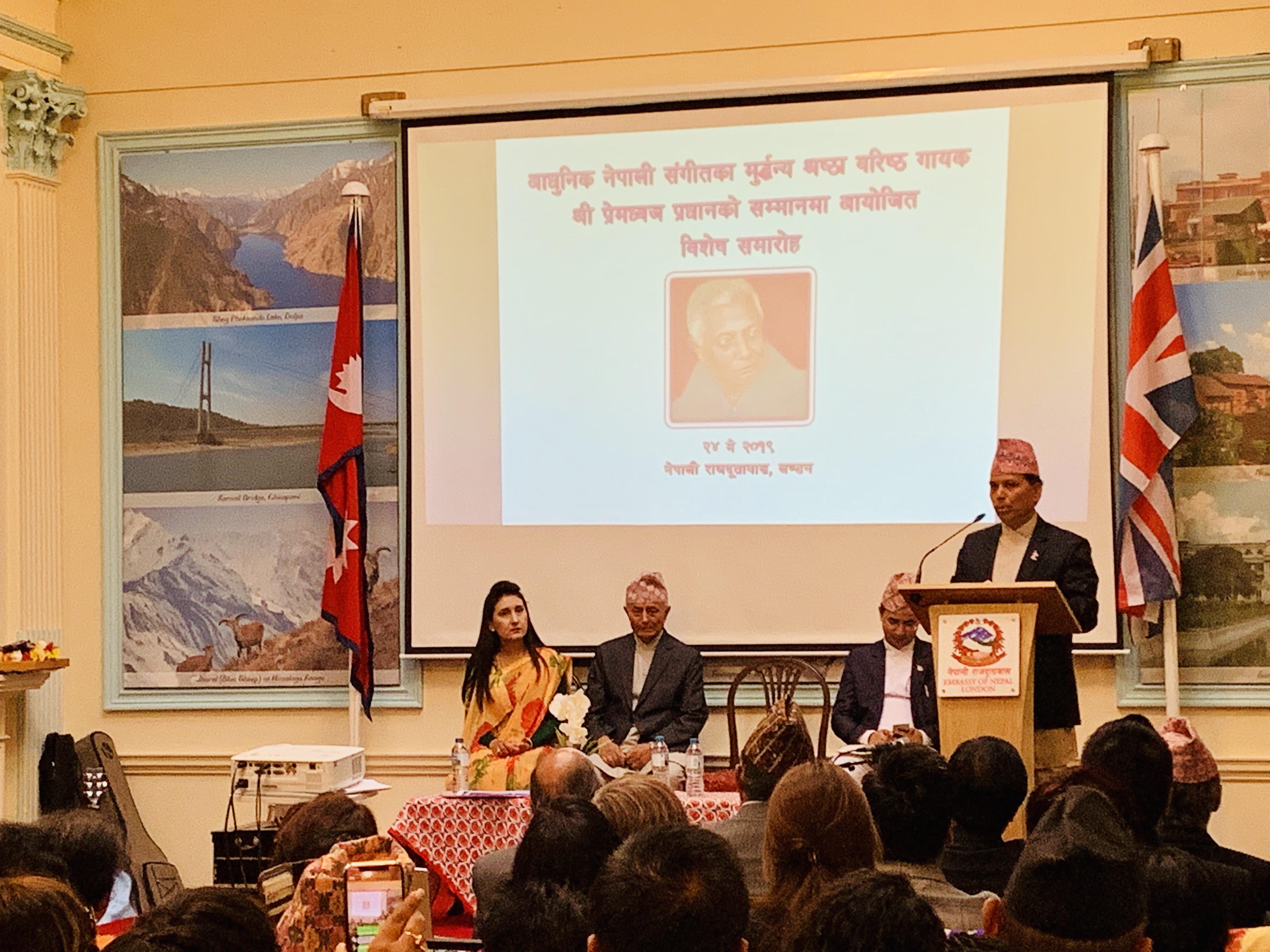 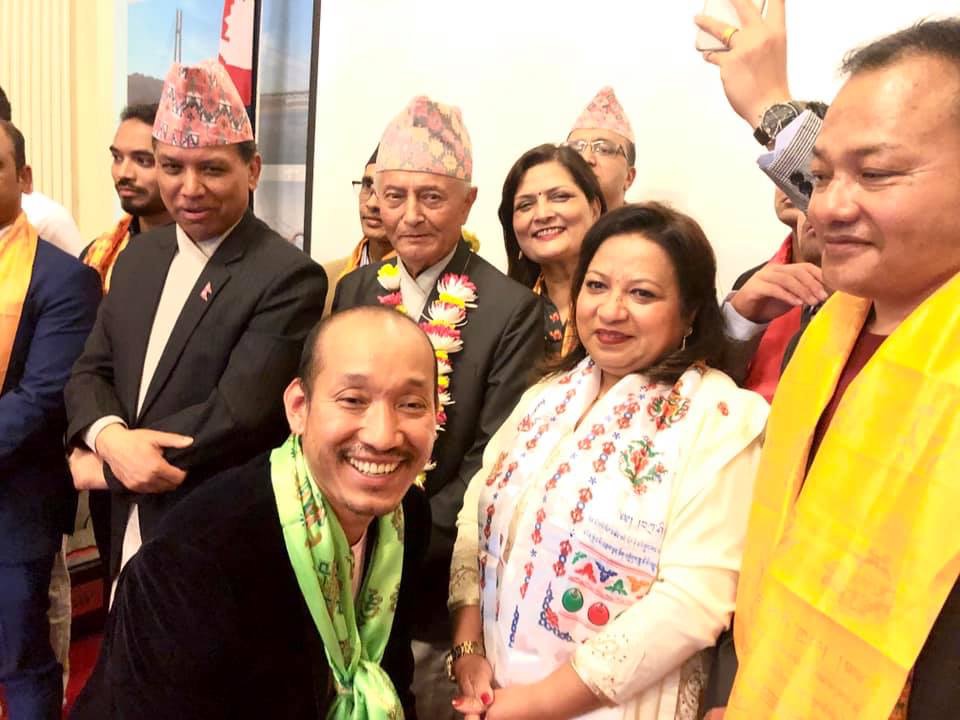 Besides recollecting his muscial journey spanning over six decades, Prem Dhoj also sang his popular numbers like ‘Goreto tyo gaunko,’ ‘Ghumti ma na aau hai,’ and ‘aaj feri junkiri le.’ The entire audience sang with him when he sang one of the most popular patriotic songs of Nepal ‘Yo Nepali Shir Uchali…’

Singer Pradhan—who is as revered in Nepal as Mohammad Rafi and Kishore Kumar in India–  also urged the Nepalese living in the UK to work towards preserving and promoting Nepali arts and culture.

Addressing the function, Ambassador Dr Subedi said he and the Embassy were happy and elated to have the opportunity to welcome towering figure of Nepali music, Mr Pradhan. He said songs by Mr Pradhan have not only made the Nepali music rich, they have also taken the Nepali music to the world standard. He wished for long and healthy life of Mr Pradhan.

Pradhan is performing, along with other singers, at the Nepali Open Concert being organised by the Magar Association UK at the Farnborough Football Club on 1st June 2019

On the very occasion the newly elected executive body of the Magar Sangh UK was honoured by the Embassy team. 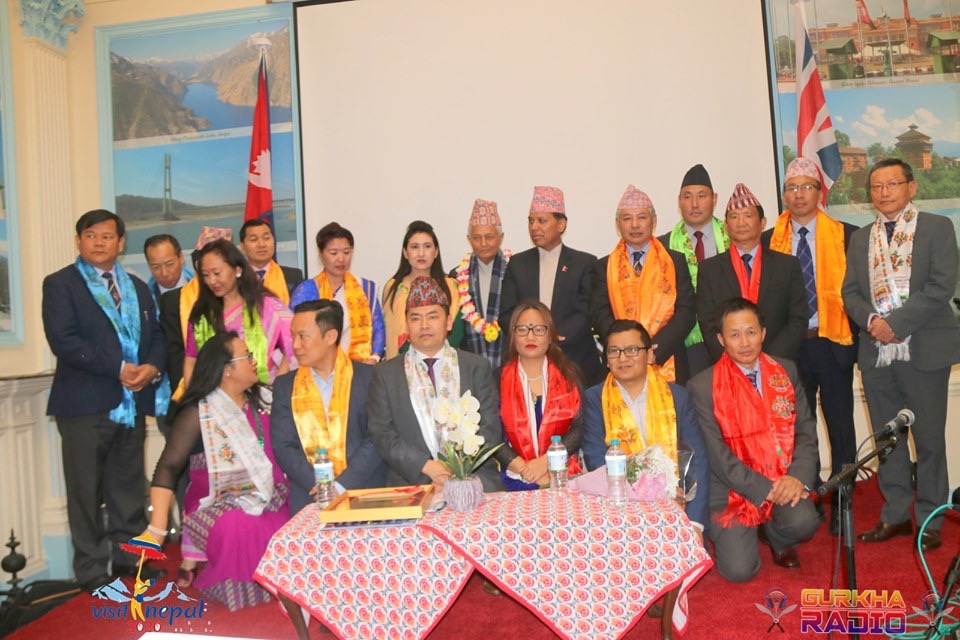 He will also participate in the Republic Day ceremony being organised by the Embassy of Nepal in the UK at Manchester on 30th May 2019.