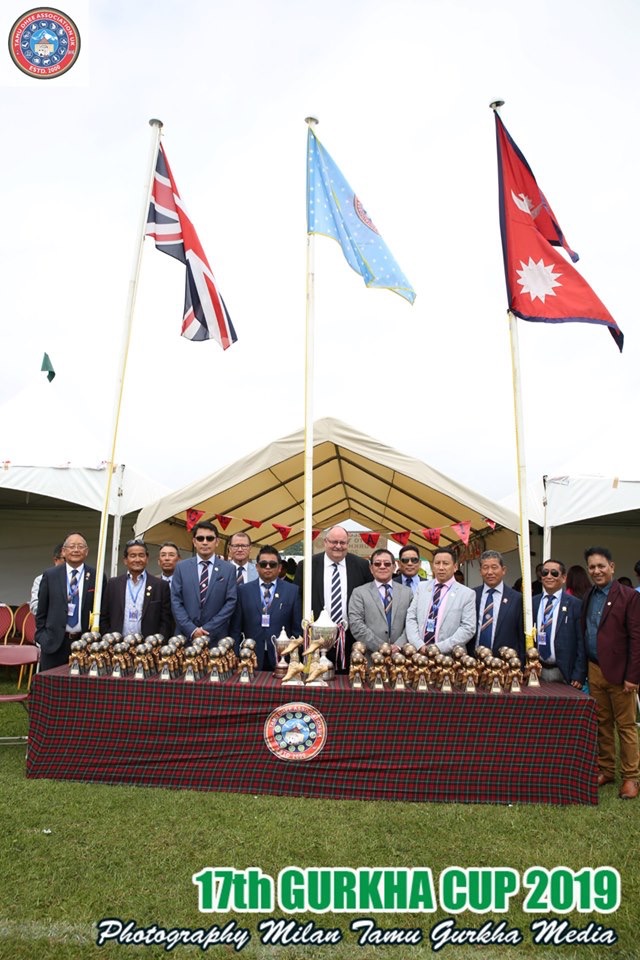 Jagan Karki, London : The Gurkha Cup, one of the mega events of diaspora Nepalese in the UK, concluded successfully on Sunday at Queens Avenue, Aldershot. 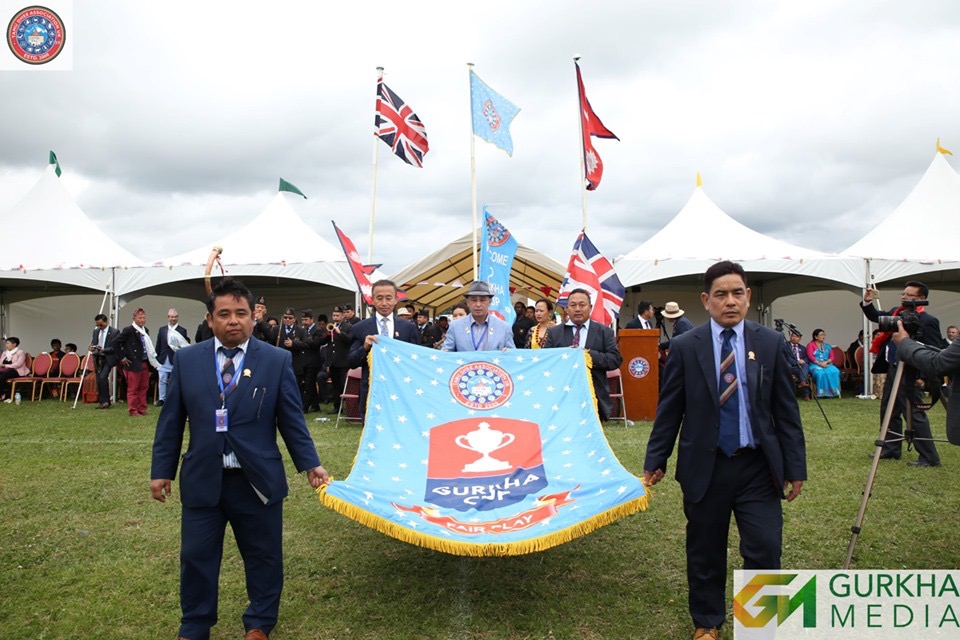 An estimated ten thousand Nepalese, mainly youth,  living in the UK as well as British citizens attended the event with much enthusiasm.

A total of 42 teams including 32 main and 10 veterans participated  in the game this year. 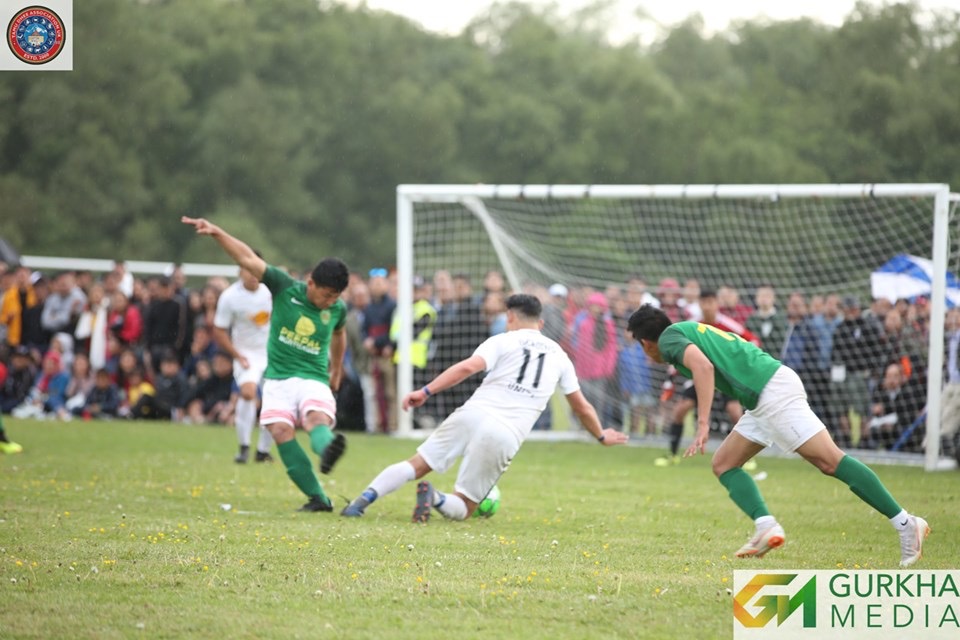 Tongba (The Queens Gurkha Engineers) from Maidstone became the winner of The Gurkha Cup 2019. It was considered the  most competitive match in the 17 years history of the Gurkha Cup. The match was drawn even in 1:1 among QGE and Reading Unity team even in additional play time and  it went to penalty shoot out.

Finally, Tongba clinched the victory through the penalty shoot out. 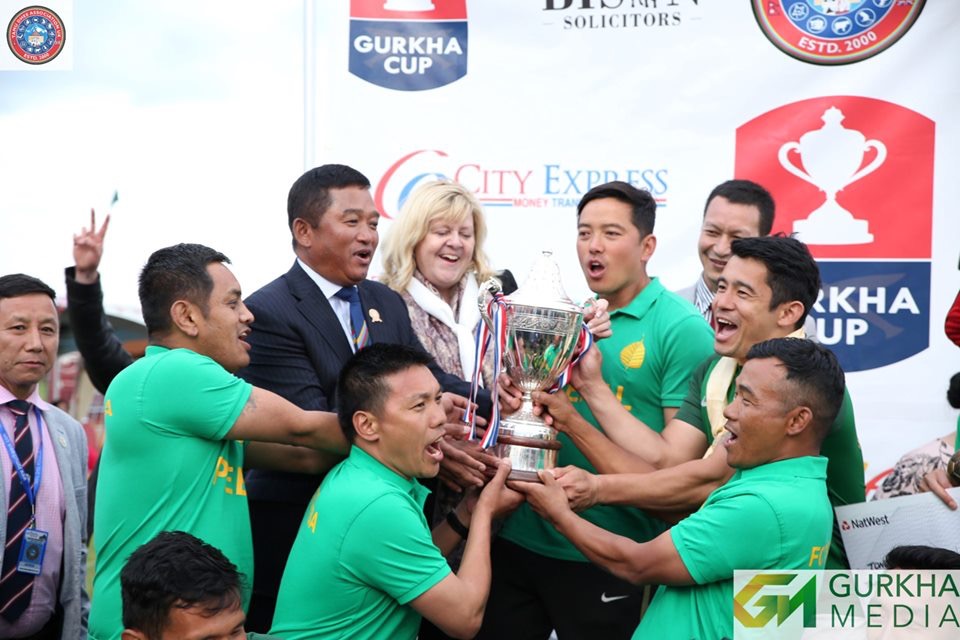 The final match among the veterans also ended up with a draw. In a penalty shoot out  Ilam AFC was defeated by Kent AFC by 2-3.

In the main category, Sunil Gurung from Reading Unity became the best player and a player with Jercy no 10 from LG Lyon became the highest scorer.

A Gurkha band performed Khukuri dance and various special cultural performances  were showcased prior to the event. Nepali food and products were also displayed during the event.

A number of business and charitable organisations had set up 10 restaurants and 42 stalls at the event.

On the occasion Tamu Dhee UK—the organiser of the event– handed over £500 charity fund to Gurkha Welfare Trust, £500 to Rushmoore Borough Council and £300 to the Building Trust.

“Gorkha Cup is one of the biggest events of the UK and has made a commendable contribution to connect  Nepalese living in the UK through sports,” said Sharad Raj Aran, Deputy Chief of Mission at the Nepali Embassy in London.

The coordinator of the event, Pitambar Gurung, briefed about the program. President of TDUK, Nanda Jung Gurung thanked all the players, supporters and sponsors for their support and encouragement to the event. 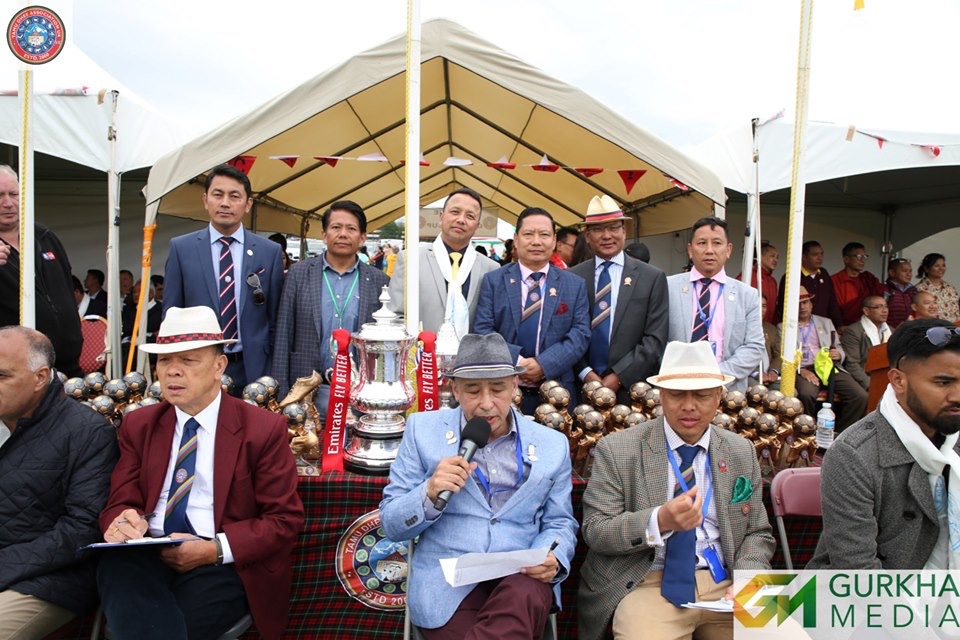 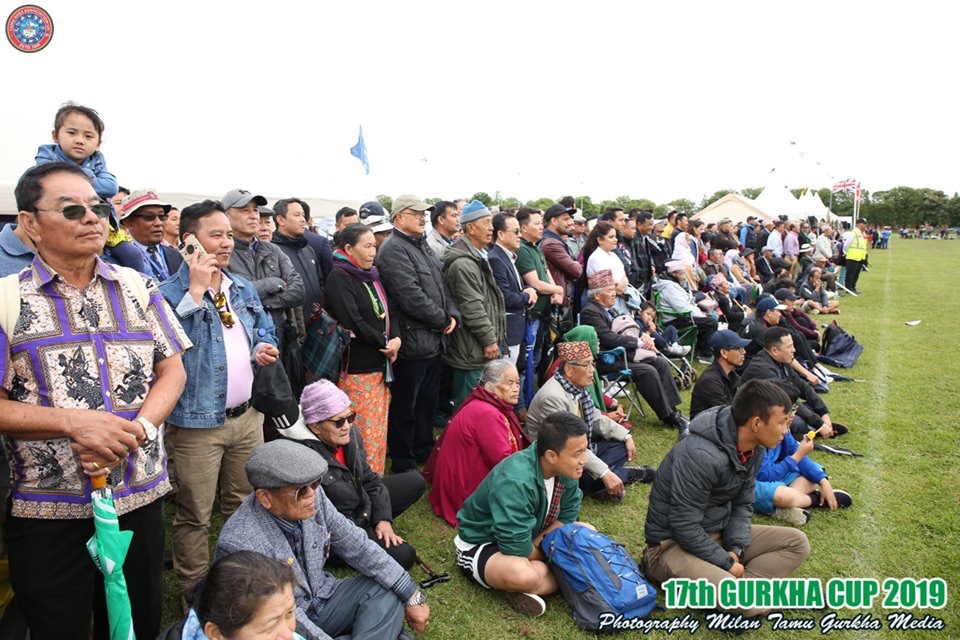 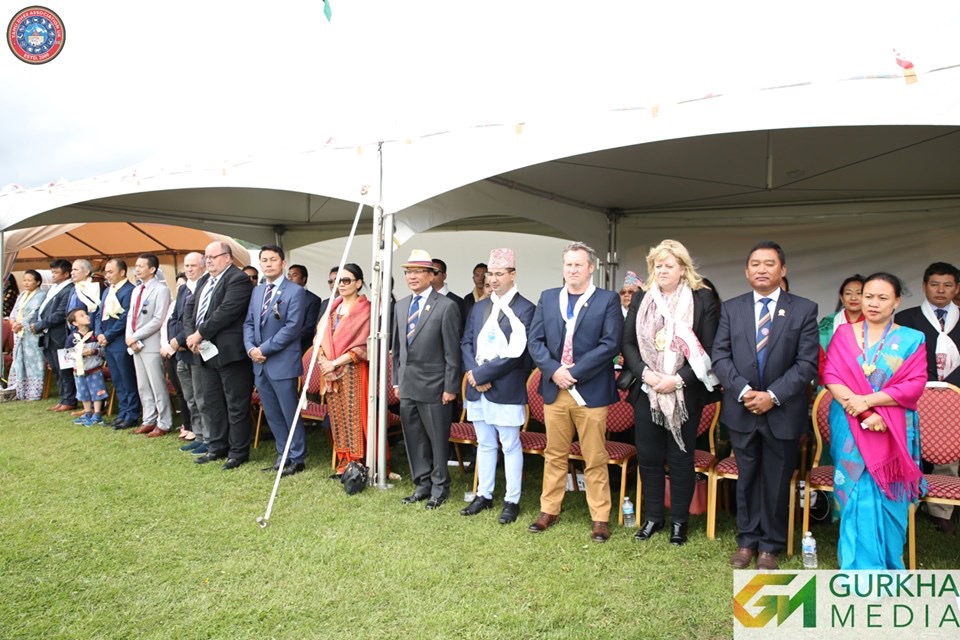