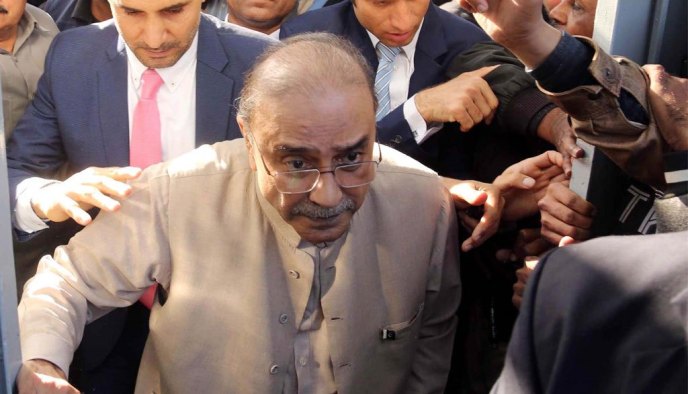 Zardari and Talpur now have the option of appealing the order in the Supreme Court.

The case relates to transactions of hundreds of millions of rupees to the two leaders’ private companies allegedly through fake bank accounts.

“Zardari has presented himself before NAB on every occasion and has not used delaying tactics. NAB should have appreciated this and there was no need for an arrest,” leader of the opposition in the National Assembly Shehbaz Sharif said in Parliament.