She appreciated Nepal for its support to and cooperation in the initiative.

“BRI has attracted more partners, businesses and friends from which all the member countries and organisations can get benefit,” she said. “China has become Nepal’s largest source of the Foreign Direct Investment (FDI) and tourists which is having positive impact on economic growth.” 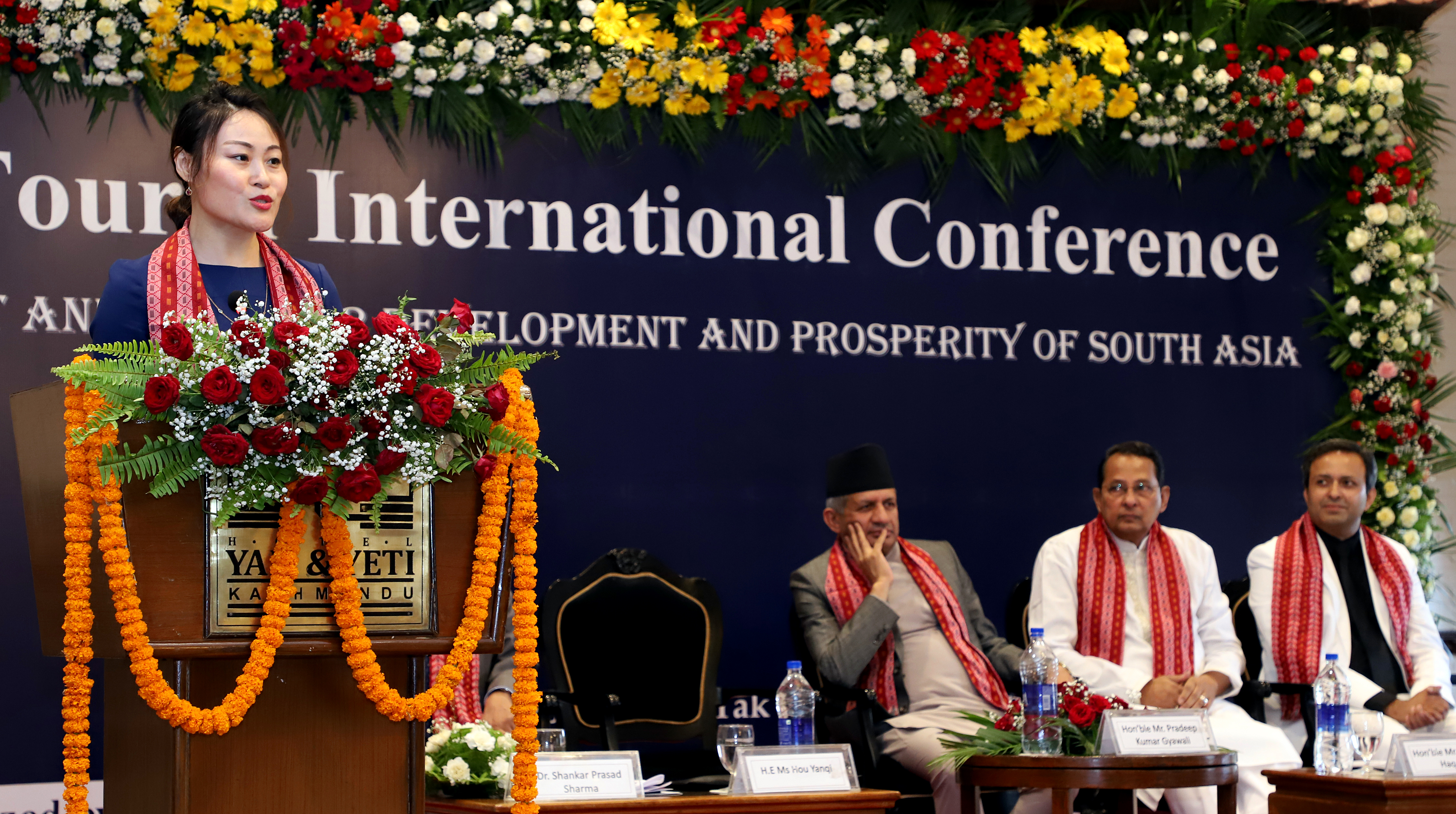 She presented the China-Pakistan Economic Corridor (CPEC), cross-sea bridge in the Maldives, Hambantota port in Sri Lanka and China-Afghanistan cooperation as the successful BRI projects and said they were benefitting both the partner countries.

“BRI is open, inclusive and transparent and does not include any hidden geopolitical agenda,” she said.

Former Vice-Chairman of the National Planning Commission Dr. Shankar Prasad Sharma said that Nepal had given priority to infrastructure development and urged China to extend support in developing key infrastructure.

“Energy, trade, technology transfer, tourism and connectivity are critical for economic development of the country. But in case of Nepal security for energy and trade is critical,” he said.

He warned that it would be very challenging for Nepal to get benefits from the business as usual scenario as the export from Nepal to China has been declining since the last couple of years while the import is going up significantly.

Dr. Sharma also said that the maintenance of infrastructure projects was also equally important as their development.

“Our development efforts are constrained by inadequate financial resources and the BRI can be a remedy to it. We hope to get benefitted from the BRI investment, cooperation and exchanges,” he said while addressing the fourth international conference on ‘Belt and Road for Development and prosperity of South Asia’ in the Capital.

He said that the BRI had become a fact of the present time due to its inherent policy of cooperation, collaboration and connectivity in diverse sectors.

Minister Gyawali also said that it was a common aspiration for sustainable peace and prosperity.

“However, economic integration in the South Asia and with China is weak, so there is a need of massive expansion of development cooperation and collaboration in trade, investment, tourism and culture,” he stated.

He pointed towards the need of mega infrastructure to increase connectivity to facilitate the movement of people and goods.

About 50 countries and 29 international agencies are connected with the BRI.