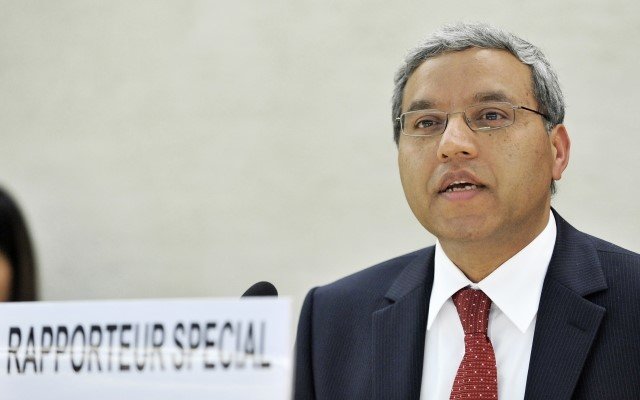 Professor Surya P. Subedi, QC, OBE, has been awarded the degree of Doctor of Civil Law (DCL) by the University of Oxford on the basis of exceptionally insightful and distinctive publications that contain significant and original contributions to the study of law.

Higher doctorates are earned awards of the University of Oxford whose fundamental purpose is to recognise excellence in academic scholarship. The Oxford DCL is awarded in recognition of publications of the absolute highest quality which is substantial in scale, sustained over time, authoritative and global in its reach. Professor Subedi had obtained his PhD in Law (known as DPhil at Oxford) in 1993.

The judges of the higher doctorate award praised Professor Subedi as “a scholar of uncommon breadth of knowledge and depth of thinking. His work is substantial in scale. He is a legal philosopher whose work has had an undoubted impact on the theory of international law, whilst his knowledge of specialist areas of law has permitted him to make specific suggestions for reform. Professor Subedi’s academic achievements, combined with his substantial body of publications and engagement with governmental and intergovernmental organizations, demonstrate work of the highest quality sustained over time.”

Upon reviewing a representative selection of Professor Subedi’s publications, the judges commented on Professor Subedi’s book titled ‘The Effectiveness of the UN Human Rights System’ (Routledge 2017): “The book creates a modern vision of the United Nations that could function better in a multipolar world to help secure a better mode of living formore people around the world. Only someone who combines a deep understanding of the U.N. system and of international human rights law with an idealistic yet pragmatic vision of what international organizations can accomplish could have produced this masterful work.”

The article “The Universality of human rights and the UN human rights agenda: The impact of the shift of power to the East and the resurgence of the BRICs” (55 Indian Journal of International Law, 2015) convinced the judges as it “shows remarkable breadth of understanding of cultures across Asia, and a sensitive and nuanced analysis of them. [Professor Subedi’s] assessment that human rights will not be impeded by the rise of the BRICs and other non-western-centric power polarities is backed by a thoughtful exploration of religious, cultural, and other principles that contribute to the complex mosaic of international human rights law.”

“The Concept in Hinduism of ‘Just War’” (Journal of Conflict & Security Law, 2003) by Professor Subedi was lauded for “[mixing] philosophy with historical practice to distinguish between righteous and unrighteous wars. The article covers religious texts, the sources of Hindu law, and the contribution of Hinduism to current ideas about the laws of war and peace, as well as ideas about where Hinduism could improve the current international approach to the law of war. It is a fascinating and erudite assessment of the role that morality can and should play in the creation of law.”

The book “International Investment Law: Reconciling Policy and Principle” (3d edition, Hart, 2016) elicited the judges to gather that “Professor Subedi was one of the first scholars to analyse the tension that exists between protecting the interests of investors and the obligations of states to address other core policy concerns, many of which themselves are the subject of obligations in international law, such as international human rights and environmental law. And also one of the first to note the resurgence in support for the Calvo doctrine, which asserts that jurisdiction over investor disputes should be located where the investment is made.”