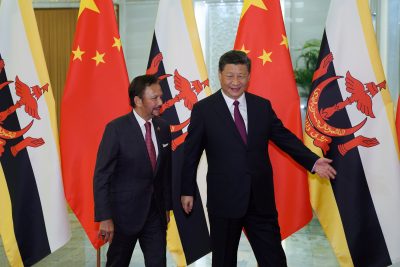 Southeast Asia is an important strategic partner in China’s Belt and Road Initiative (BRI). The region serves as a key link in the BRI’s Maritime Silk Road, which aims to connect China’s coast to South Asia, the Middle East, and Europe through the South China Sea and Indian Ocean. But criticisms of the BRI highlight some of the risks of participation. Southeast Asian countries should address these risks by persuading China to adopt multilateral rules that broaden participation in the BRI, including by leveraging ASEAN’s potential role.

According to a 2018 study by Oxford Economics and the CIMB ASEAN Research Institute, BRI projects in ASEAN countries amount to more than US$739 billion. Indonesia is home to the highest BRI investment total amounting to US$171 billion, followed by Vietnam (US$152 billion), Cambodia (US$104 billion), Malaysia (US$98.5 billion), Singapore (US$70.1 billion), Laos (US$48 billion), Brunei (US$36 billion), Myanmar (US$27.2 billion), Thailand (US$24 billion) and the Philippines (US$9.4 billion).

In April 2019, China hosted the second Belt and Road Forum which was attended by 37 heads of state, government and international organisations. During the Forum, President Xi Jinping said the BRI will adopt multilateral rules and international best practices in implementing the projects.

Xi’s apparent willingness to multilateralise the BRI is necessary to prevent projects in Southeast Asia from being exposed to operational risks, policy risks and project cancellations and to address criticisms of its lack of transparency and inclusivity.

In Laos, for example, locals complain that the labour force on the 414-kilometre BRI railway project, which will link its capital Vientiane to the China-Laos border, is mainly provided by Chinese nationals. This echoes the criticisms of BRI in some other countries which have similar complaints.

The promised BRI Debt Sustainability Framework is laudable for aiming to help allay growing concerns that the BRI is exposing its stakeholders to debt traps. In 2018, Myanmar’s Planning and Finance Minister, Soe Win, wanted to ‘lean’ down a China-led special economic zone project in Kyaukpyu, which was estimated to be worth US$10 billion.

China is also establishing a panel of international mediators from BRI countries to resolve cross-border disputes arising from BRI projects. This initiative is important, since a wide range of contracts and deals are already in place between China and ASEAN member states.

If President Xi is willing to multilateralise the BRI, some ASEAN countries have the opportunity to play important roles in improving the provision of mutual benefits.

Singapore has the potential to be a financial and third-country partnership hub within the BRI. According to Enterprise Singapore, 60 per cent of project finance transactions across ASEAN are led by Singapore-based banks. Moreover, Singapore is well regarded for its transparent business dealings and for being one of the largest offshore Renminbi centres. This puts it in an ideal position for Renminbi trade and investment-related flows. Some local banks have also signed MOUs with Chinese banks to cooperate in cross-border financing.

Some Singaporean firms are already proactive in BRI projects in other ASEAN countries. For example, Surbana Jurong is involved in master-planning for the Kyaukpyu Special Economic Zone and Port in Myanmar. Meanwhile, BRI Connect serves as a platform to facilitate communication within and between BRI projects and to promote Singapore as a regional infrastructure and financial hub. The platform is building a business community around the BRI into which Singaporean firms can tap as partners for BRI projects.

Singapore can also be a dispute resolution hub. In January this year, Singapore and China inked an agreement to establish an international panel of mediators to handle disputes that might arise from the multi-billion-dollar BRI projects. The agreement was signed between the Singapore International Mediation Centre and the China Council for the Promotion of International Trade.

Malaysia too plays an important role in helping the BRI achieve its goal of building a ‘community of common destiny’. This was demonstrated when Malaysia successfully renegotiated the controversial East Coast Rail Link (ECRL), reducing the project’s price tag by about a third. Under the new agreement signed in April between Malaysia and China, the 640-kilometre and 20-station ECRL will cost US$16.7 million per kilometre, compared with US$23.2 million previously. This success has shown that going back to the negotiating table can help partner countries come up with more equitable deals.

ASEAN countries can also diversify their participation in BRI projects. For example, Myanmar is becoming an increasingly vital node in China’s Digital Silk Road due to its strategic location between South and Southeast Asia. In 2018, China’s Huawei began working with Myanmar’s Ministry of Transport and Communications to deploy 5G broadband services in Myanmar within five years.

In the second Belt and Road Forum in April, observers saw the possibility of a ‘BRI 2.0’ — an improved version of the BRI — emerging. Since China has pledged to reform this strategic initiative, ASEAN member states can play important supporting roles by multilateralising the BRI. Key areas include financial connectivity, third-party collaboration, mediation, negotiations and project sustainability.

A version of this article was first published here by RSIS.