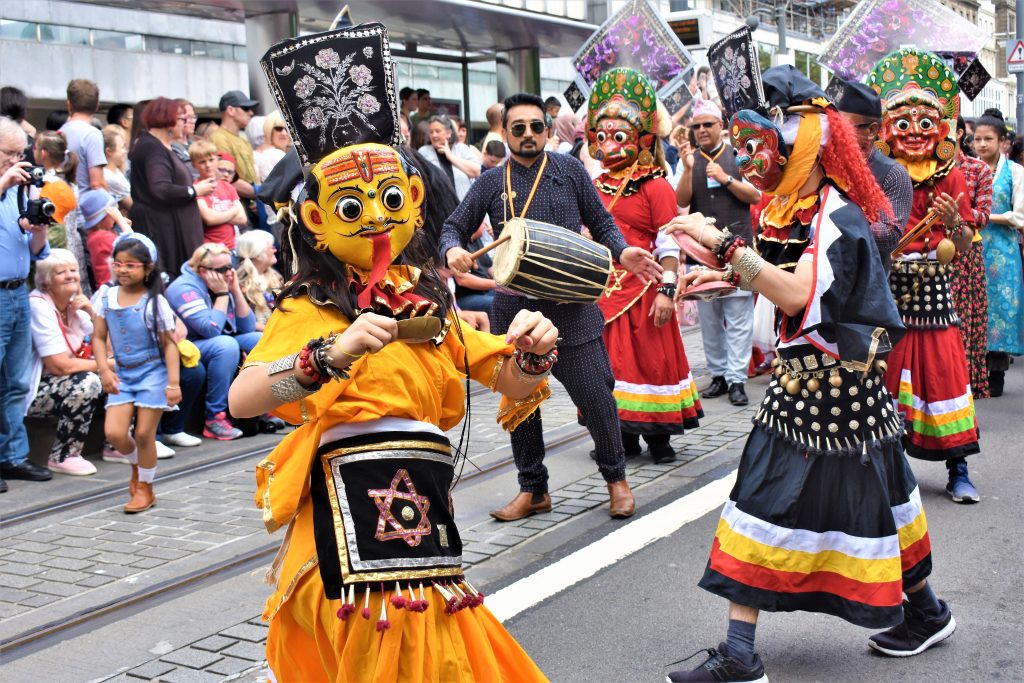 London– More than 800 carnival performers from across the globe took over Edinburgh’s city center during the weekend.

The Edinburgh Festival Carnival 2019 was celebrated on Sunday with a range of flamboyant outfits and music from around the world.

The free event on 14th of July, ran from 2 pm, was organised as part of the Edinburgh Jazz and Blues Festival. 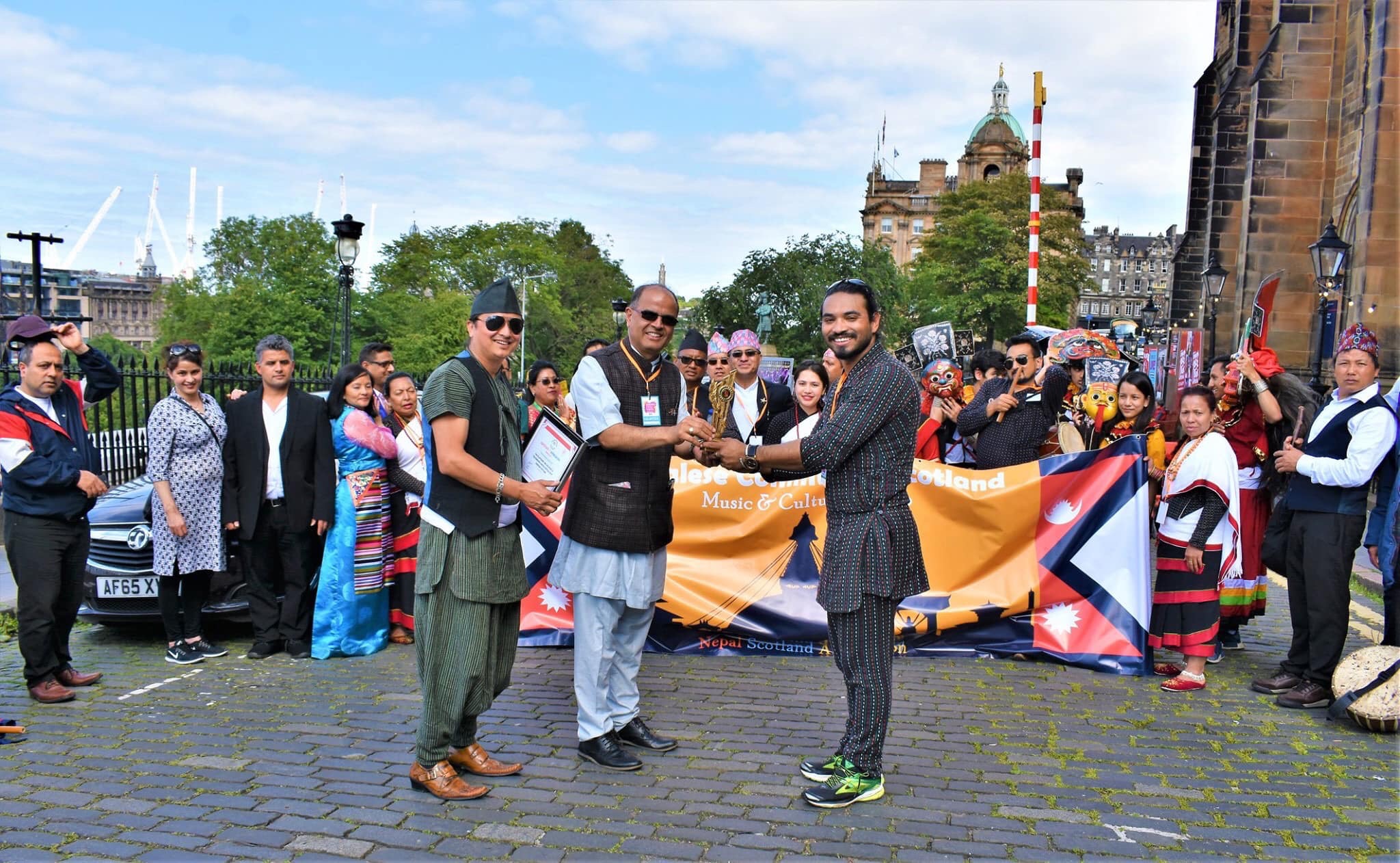 Among those performing were Meninos Do Morumbi from Brazil, Circo Fantastico from Costa Rica, Goa Dance Association of India, J-Flag from Jamaica and Nepal Scotland Association (NSA). 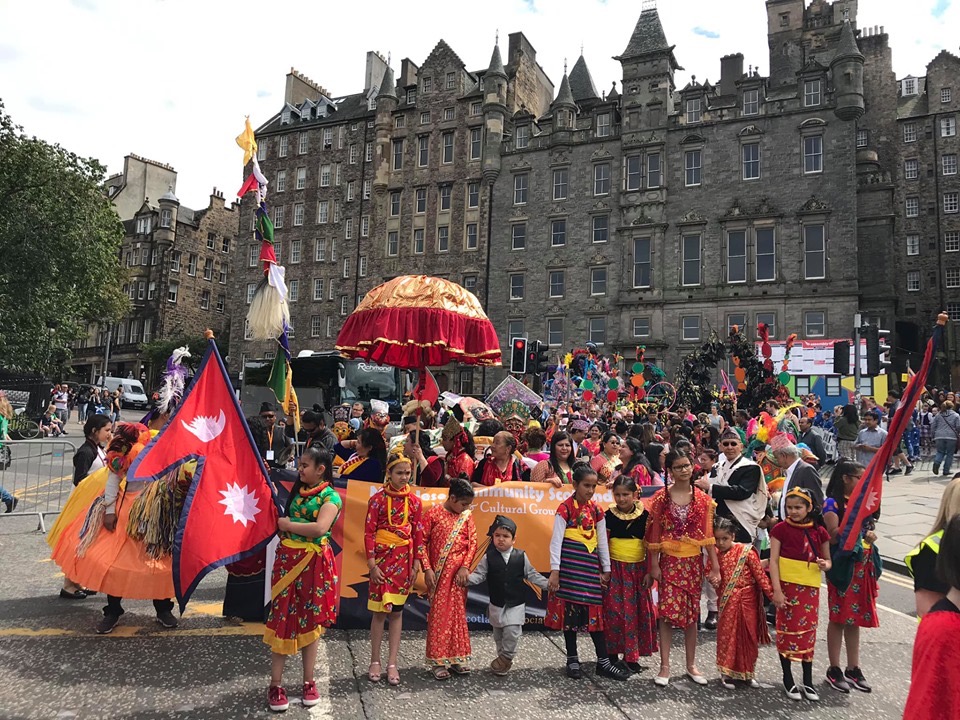 Nepali flag, banner and Visit Nepal 2020 flyers were displayed during the show.  “As a local resident of Scotland, it was our pleasure to be a part of the multicultural society and demonstrate our ethnic and cultural identity during the show, “ said Bhola Khanal, Director of Everest Inn Perth and an Advisor of Nepal Scotland Association. “We wanted people to understand our diverse and unique Nepali culture and encourage people to Visit Nepal” Ojesh Singh , President of Pasha Pucha Guthi & Youth Coordinator of Visit Nepal 2020 campaign said. 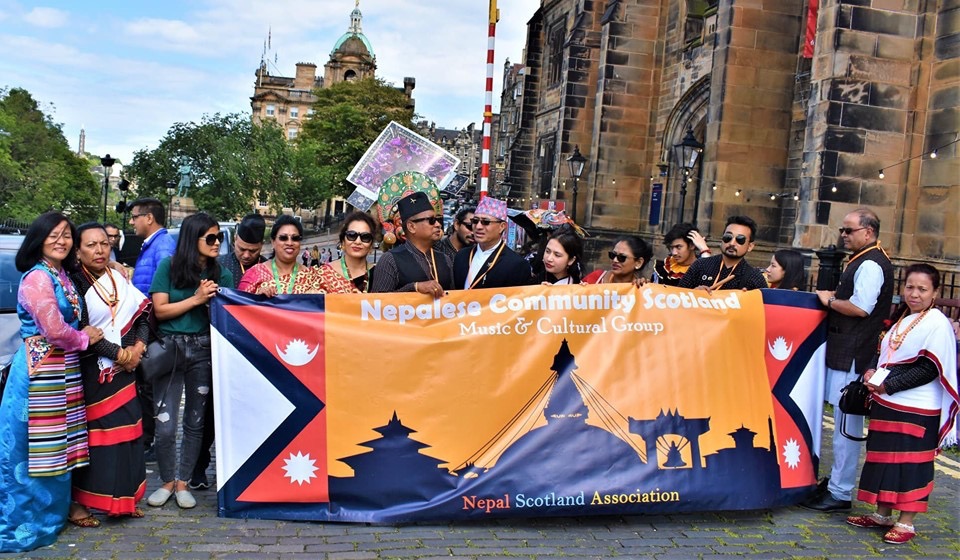 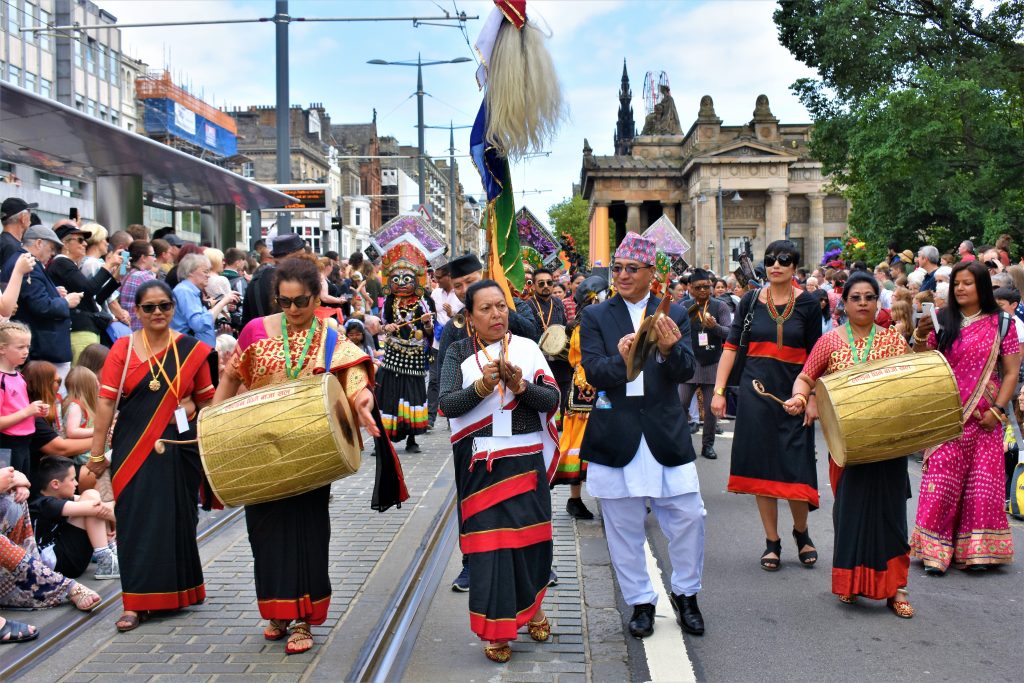 As part of the festival, Ross Bandstand performed at the Princes Street Gardens while circus, street arts and a special kids area were other attractions of the festival..