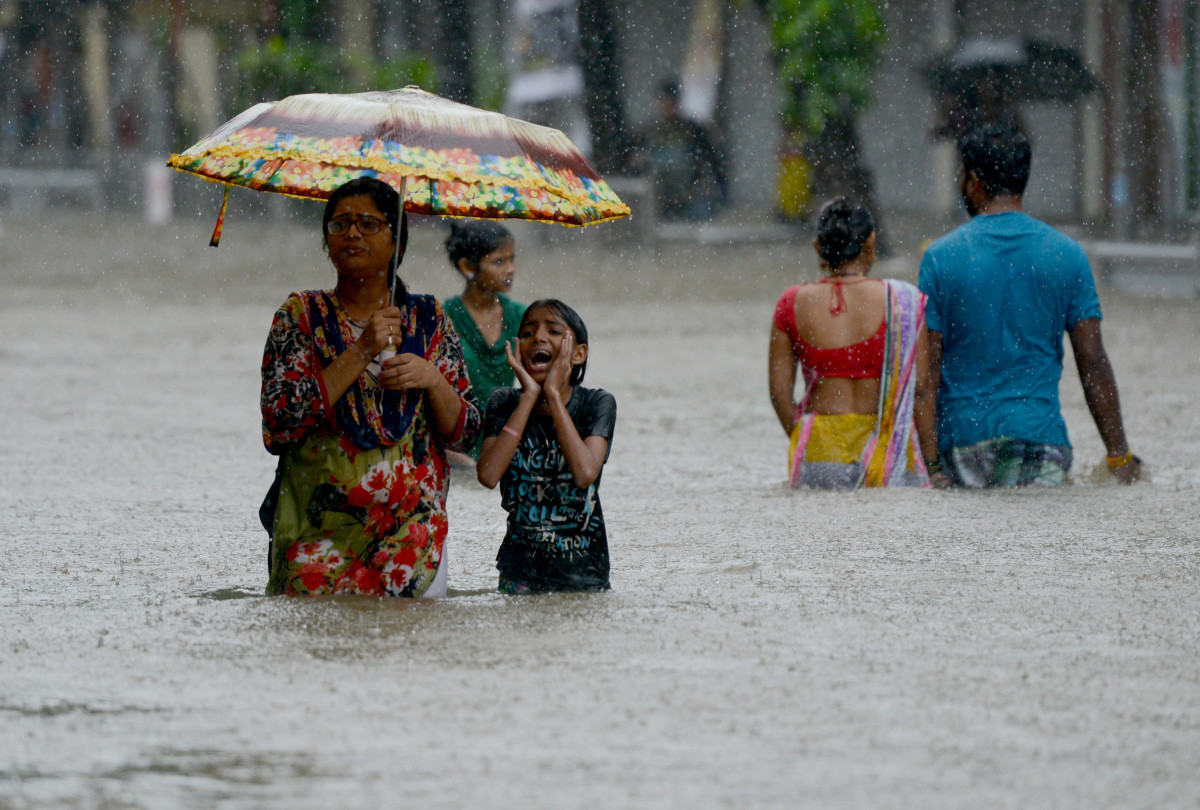 The current extreme flooding in India, Nepal and Bangladesh is largely down to intense rainfall in the Himalayas and surrounding areas as a result of the South Asian Monsoon.

This is an annual event that brings moisture laden winds inland from the sea – in this case, the Indian Ocean. As this air moves north, the increase in the height of the land forces the air higher, which causes it to cool and the water it is carrying begins to condense. The rainfall it produces provides water for agriculture and feeds the region’s rivers, including the Ganges and Brahmaputra. In the high and cold Himalayan region, much of it falls as snow and is temporarily stored as ice in glaciers, and when it melts, the ice helps maintain river flow between monsoons.

The intensity of the monsoon and the areas most affected, varies from year-to-year. This summer’s monsoon has seen particularly heavy rainfall in the headwaters of the Ganges and Brahmaputra river catchments, leading to very high water levels. In the higher and steeper uplands, this has led to flash flooding and landslides. Further downstream, the water levels have exceeded the capacity of the main rivers, leading to extensive flooding.

The extent of lowland flooding this year is not unexpected – much of the affected regions are on floodplains which have been laid down by rivers over thousands of years. There is, however, the human dimension. While it may seem that such large rivers as the Ganges and Brahmaputra are natural features, their flow is heavily influenced by what people have done to them. This includes constructed weirs and dams, as well as flood defences that may locally reduce the risk of flooding but act to allow more water to pass downstream and so increase the flood risk there. Right now it is unclear how much these structures have influenced the current flooding but evidence from elsewhere suggests they can have a role.

Finding a long term solution will be a massive challenge, not least because the affected area covers several countries with growing populations and economies. There is also uncertainty about how the monsoon will behave under future climate change scenarios. There is already evidence that many of the Himalayan glaciers are shrinking, which may affect their ability to act as temporary stores for monsoon water.

What is clear is that very large human populations, critical infrastructure, food production and important conservation parks have been impacted by the floods, with an already significant number of people tragically losing their lives, and many more directly affected. This means that a solution must be found that takes into account not only the way the climate and river systems might work at their extremes, but also the vulnerability of the people and communities in the way.

The answer is unlikely to be only found in extensive hard engineering projects.  Instead, a system that works to build the resilience of both the rivers to absorb change and the communities to adapt is needed.  And the scale of that challenge is enormous.