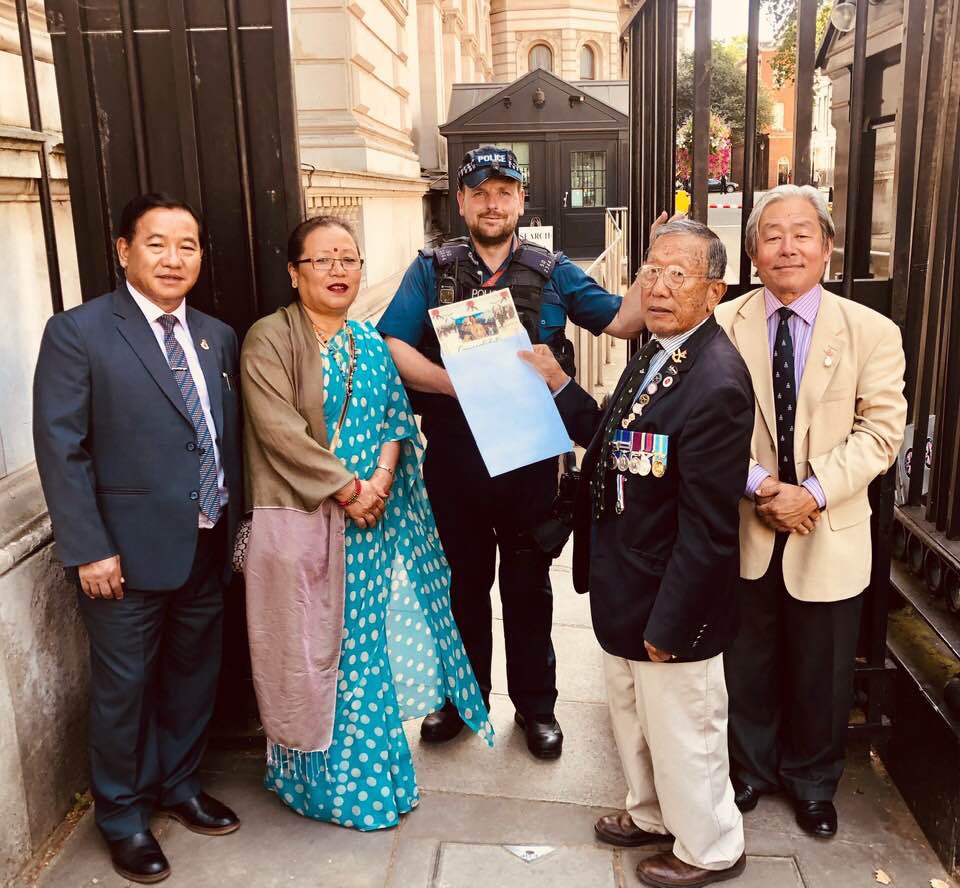 In a  memorandum submitted to the 10 Downing Street on Wednesday, the Gurkha Satyagraha Peaceful Protest Movement said that the Gurkhas who were recruited before 30th September 1993 were unfairly treated. “Many ex-Gurkhas want to go back to their motherland, Nepal. However, the amount of pension is quite less,” the memorandum said.

“It is better to increase the Pension and let the ex Gurkhas go to Nepal instead of providing them housing benefit and pension credit (in the UK),” Committee said.

Chief Coordinator of Gurkha Peaceful Protest Movement, Krishna Kumar Rai, has also requested for an appointment with Mr Johnson to discuss and convey the message about their demands.

“PM Borish Johnson had listened the problem of ex-Gurkhas and supported us when he was Mayor of London.  We are really hopeful that Prime Minister Johnson will take steps to address our long-running grievances,” said Gyan Raj Rai, a leader of the Gurkha Satyagraha Movement.

During his visit to the UK in June this year, Prime Minister of Nepal, KP Oli, had requested then British Prime Minister Theresa May to address Gurkhas’ demands also consider reviewing the  Tripartite Agreement among Nepal, Britain and India signed in 1947.

The agreement allows Britain and India to recruit Gurkhas in their army.

Gurkha recruitment in the British Army, however, began more than 200 years ago and thousands of Gurkhas have laid down their lives fighting on behalf of the British during the World War I and II.

After a successful campaign by the British actress, Joanna Lumley, in 2009 UK allowed the ex-British Gurkhas who had served the British army at least for four years to settle in the UK. Since then, thousands of Gurkha families have arrived and settled in different parts of the UK.

But, ex-Gurkhas are still complaining that there have been discrimination against those Gurkhas who had retired before 1997 in terms of pensions and other benefits.

Copy of memorandum submitted to PM : 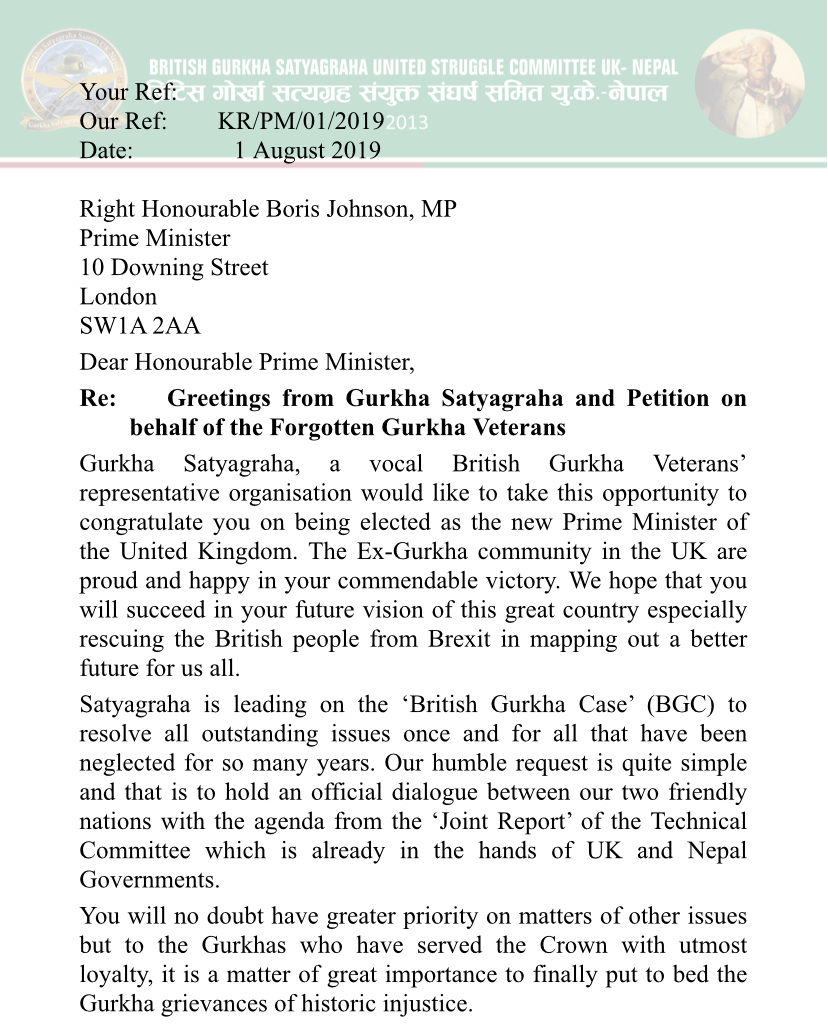 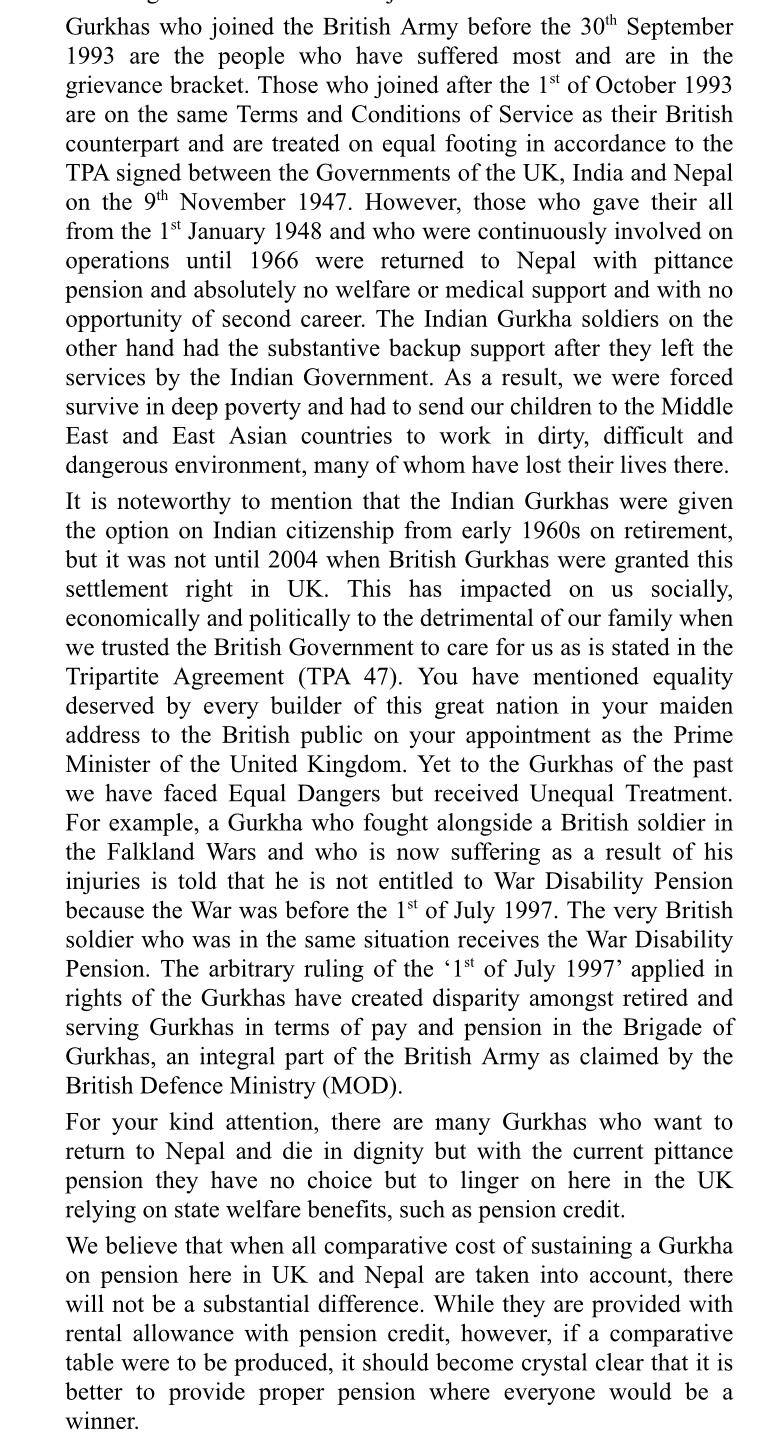 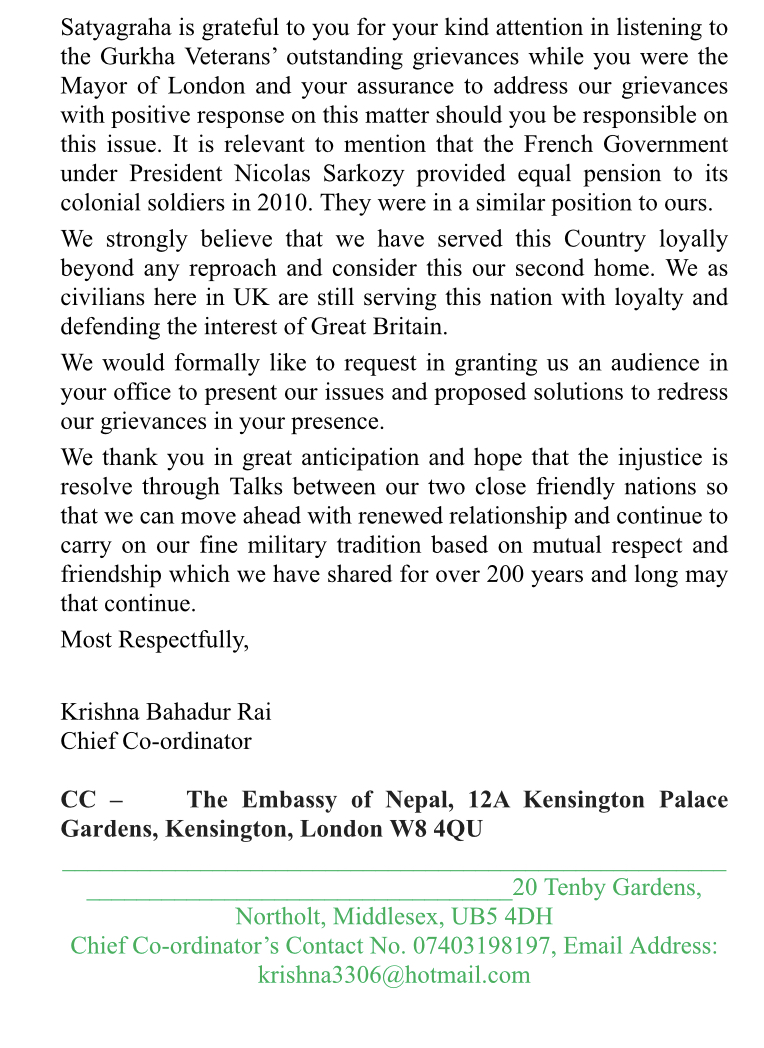