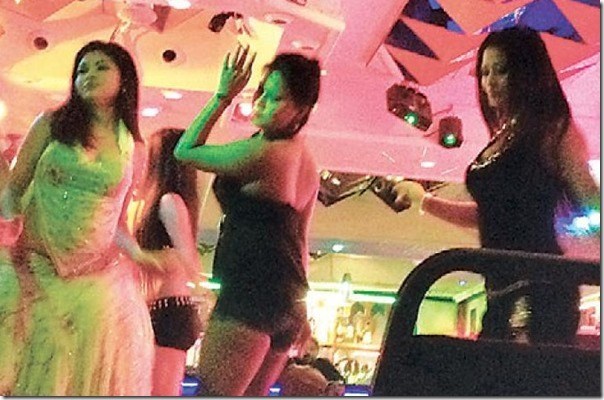 Reuters—Nepali beautician Sheela* did not think twice about ditching her salon job when she received a call offering seven times her salary to work as a cultural dancer at a nightclub in Kenya.

It did not matter that the 23-year-old woman from a village in the Himalayan foothills had never heard of the East African nation.

Or that she had no experience as a dancer, had never met the owner of the club and was not shown an employment contract.

With elderly parents to care for and medical bills to clear after her brother suffered a motorcycle accident, the offer of a monthly salary of $600, with food, housing and transport costs all covered, was a no-brainer for Sheela.

“[But] it was not what I expected,” said Sheela, who was rescued with 11 other Nepali women from a nightclub in Kenya’s coastal city of Mombasa in April where she danced on stage from 9pm to 4am getting tips from male clients.

“I was told that being escorted everywhere by the driver, not leaving the flat except for work, and not having my passport or phone, was for my safety,” added Sheela, who did not want to give her real name, at a safe house in Mombasa’s Shanzu suburb.

An increasing number of women and girls are leaving South Asian nations such as Nepal, India and Pakistan to work in Bollywood-style dance bars in Kenya’s adult entertainment industry – many illegally – according to anti-trafficking activists and police.

There is no official data on the numbers but the results of police raids, combined with figures on the repatriation of rescued women, suggest scores of women and underage girls are victims of organised human trafficking from South Asia to Kenya.

The owner of the Mombasa club, Asif Amirali Alibhai Jetha, was charged with three counts of human trafficking, accused of harbouring victims for the purpose of deception, using premises to promote trafficking and confiscation of passports.

He is currently on bail awaiting the next court hearing.

The so-called mujra dance bars are common in India. Here, young women dance to Bollywood music for money from male patrons. These bars have mushroomed in cities including Nairobi, Mombasa and Kisumu, where there are countless Kenyans of South Asian descent.

Sheela and the other women rescued from the Mombasa club told the Thomson Reuters Foundation they were not forced to have sex with customers.

Kenya is home to about 328,000 modern-day slaves – about one in 143 of its population – according to the Global Slavery Index by the Walk Free Foundation, an Australia-based rights group.

In recent years, police raids on mujra bars uncovered organised human trafficking from South Asia to Kenya, a trend highlighted by the United States in its annual Trafficking in Persons (TIP) report.

“The raids have helped us understand the modus operandi of traffickers in Kenya who have agents overseas to recruit women for them,” an official from Kenya’s Directorate of Criminal Investigations (DCI) said on condition of anonymity.

Such victims enter Kenya either on a three-month tourist visa on arrival for South Asians or on a special temporary work permit for cultural performers, according to the DCI official.

Sheela and the other 11 women rescued in Mombasa said they came to Kenya separately over the past nine months on flights through India and Ethiopia arranged by the club owner.

In court testimonies, the women, aged 16 to 34, said they were told to carry hand luggage only and tell immigration officials they were visiting friends or family in Kenya.

The women worked every night, were given stage names, and were expected to earn about $4,000 each a month in tips.

“We didn’t get the tips as they were for the boss,” said Meena*, 20, who did not want to give her real name.

The women told the court their passports were taken and they did not know the location of the club or their accommodation. They were repatriated to Nepal in July.

“This whole thing has been terrible,” said Sonia*, 24, who did not want to give her real name, the day before she left. “I should never have come – it was a mistake. All I want to do is go home. I never come to Kenya again.”