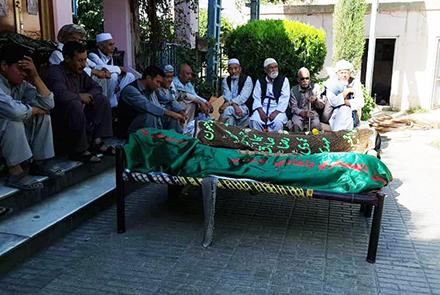 London — At least 63 people were killed and more than 180 others were wounded when a suicide bomber targeted a wedding hall in the west of Kabul, packed with hundreds of guests.

The Interior Ministry spokesman Nusrat Rahimi confirmed the casualties and said the blast was a suicide bombing.

He said the explosion happened at around 10:40 pm on Saturday.

Sources and eyewitnesses said the hall was packed with guests when the explosion happened.

Footage on social media shows women screaming outside the wedding hall, while they are shocked by the explosion.

Wedding ceremonies in Afghanistan are often attended by more than 400 guests.

Taliban in a statement rejected any involvement in the attack and said they condemn the incidents which target women and children.

Taliban group spokesman Zabiullah Mujahid said in a statement that the group ‘strongly condemns explosion targeting civilians inside a hotel in Kabul city.’

The statement further added “Such barbaric deliberate attacks against civilians including women & children are forbidden & unjustifiable.”

No individual or group has so far claimed responsibility for the deadly explosion.