Is Boris Johnson’s parliamentary prorogation constitutional? How to understand the UK system 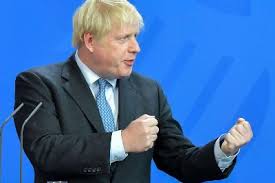 Boris Johnson’s decision to prorogue parliament is intensely controversial. It shows a clear disregard for values which are crucial to the operation of the UK’s constitutional system. The process of leaving the EU had already placed the UK’s political institutions in constitutional overload, but that had not yet escalated to a constitutional crisis. Now the country is edging ever closer to a crisis being manufactured by a prime minister determined to engineer a no-deal Brexit on October 31, if a new withdrawal agreement cannot be negotiated with the EU by then.

Second, from the perspective of political convention, there was no possibility that the Queen would act as a “constitutional safeguard”, rejecting the prime minister’s request to suspend parliament. As a hereditary monarch, the Queen’s role in the UK constitution is to act as a formal head of state, remaining above party politics, rather than exercising significant discretion herself. By political convention, the Queen acts on the advice of her prime minister, and in this case she has done so in textbook fashion, approving the order without delay. It would be unrealistic to expect that, in a democratic system, an unelected monarch would take on the role of “guardian of democracy” by resisting a recommendation from her government.

So if the prorogation of parliament was lawful, and executed by the Queen in accordance with well established political conventions governing her conduct, what are the constitutional grounds for objection?

We can look to a third perspective, based on constitutional principles. The UK’s political constitution is constructed around the relationship between parliament and government.

The House of Commons is the elected element of the UK’s central institutions, and it is from there that the government draws its authority, by obtaining and sustaining the confidence of the Commons. To retain this confidence, and to remain in office, the government is accountable to parliament. It is subject to scrutiny by MPs and peers. These constitutional principles are central to the operation of the UK’s democratic system.

When the government does not have the support of the House of Commons for a policy it intends to deliver, the response should be to change that policy, persuade parliament to back it, or for the government to fall.

The House of Commons does not support leaving the EU without a deal on October 31. But rather than engaging with parliament, the prime minister has had it prorogued.

It’s problematic enough to shut down parliamentary scrutiny for multiple weeks just as the government is trying to negotiate a Brexit deal – one of the most disputed political issues of the current era. But it is even more objectionable when the prorogation also considerably reduces the time available for parliamentarians to organise against a no-deal scenario. With such a truncated timetable, they are limited in their ability to produce legislation to delay it or organise a vote of no confidence in the government.

In these circumstances, the prorogation of parliament shows a clear disregard for substantive constitutional values. It limits the possibilities for a majority in parliament to challenge the government’s agenda. It sidelines parliament at a moment when political decisions of immense importance will be made. And it challenges the core democratic constitutional idea that the government is accountable to parliament.

The government may have developed a pretext to justify the prorogation of parliament. It has most likely followed a course of action which is lawful. But in doing so, it shows disdain for the core idea of democracy on which the UK constitution is based.

(This story was originally published in The Conversation )