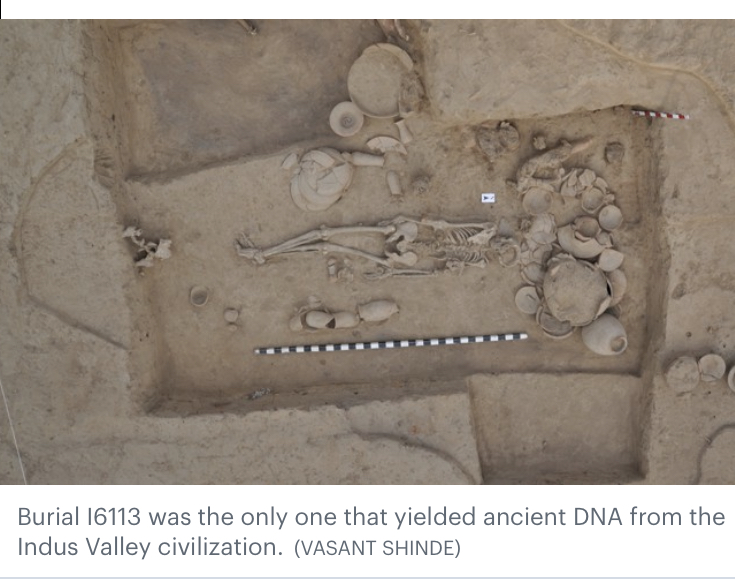 AMERICAN ASSOCIATION FOR THE ADVANCEMENT OF SCIENCE —

A genome-wide analysis of ancient DNA from more than 500 individuals from across South and Central Asia sheds light on the complex genetic ancestry of the region’s modern people. “The scale of this data set enables [the authors] to compare genomes across more space and time points than ever before, allowing them to hone in on increasingly specific questions that would have been unanswerable even a few years ago,” write Nathan Shaefer and Beth Shapiro in a related Perspective.

Not only does the study document genetic exchanges between Asian populations and those from the European Steppe, the Near East and southeast Asia, it also reveals a population history that reflects similar and parallel genomic patterns to those found in ancient Europe – findings that illustrate the cultural spread of Indo-European languages. The preserved genetic remains of people who lived long ago can offer a clear window into the movements and interactions of ancient populations, as well as into the spread of major cultural innovations, like farming, herding or language. Vagheesh Narasimhan, David Reich and colleagues analyzed ancient DNA from 523 individuals who lived over the past 8,000 years to better understand the prehistory of human dispersals into and throughout Central and South Asia.

According to Narasimhan et al., the primary source of ancestry in modern Asians stems from near-eastern farmers who arrived following the decline of Indus Valley Civilization and from a group of Bronze Age pastoralists from the European Steppe known as the ‘Yamnaya.’ Previous research has shown that these same people also moved into areas of Eastern Europe, which likely contributed to the wide dispersion of closely related features of Indo-Iranian and Balto-Slavic languages.