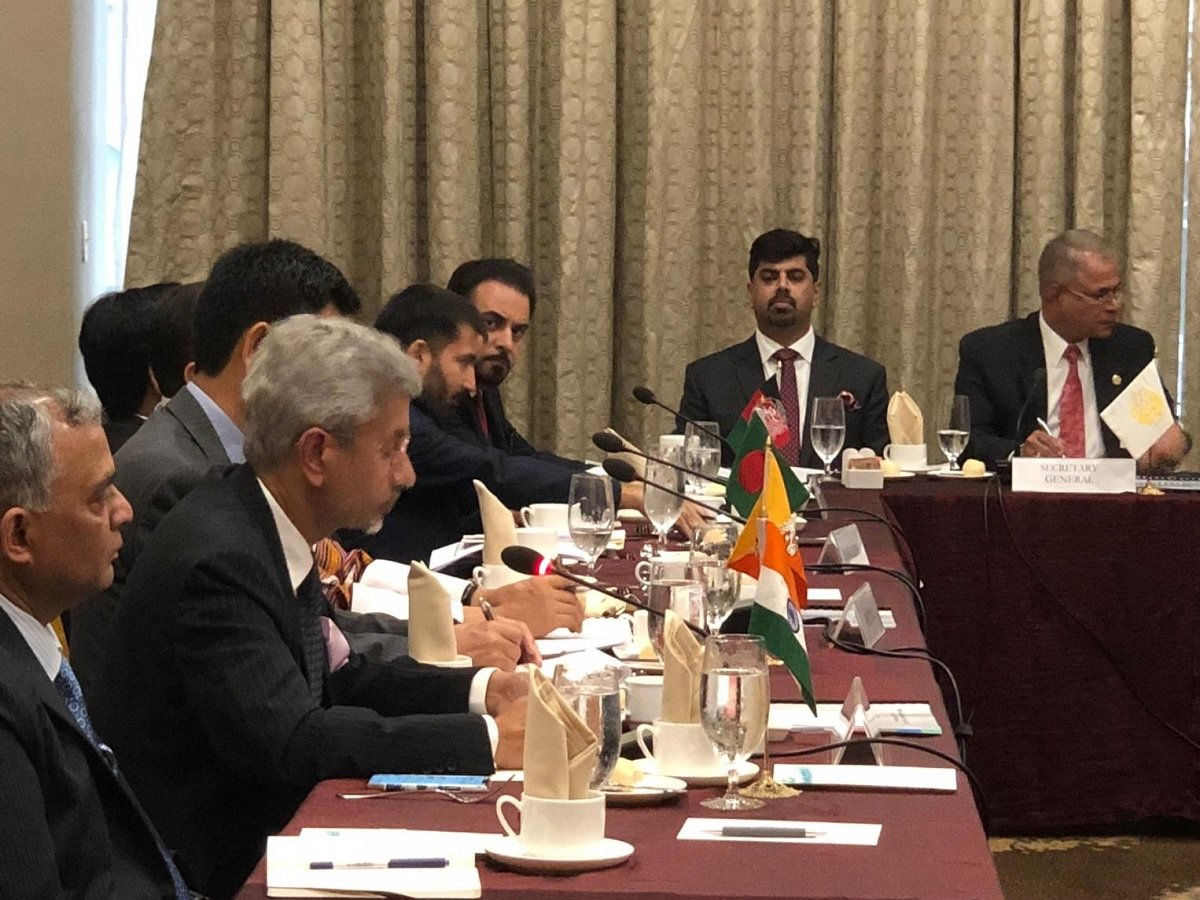 PTI, NEW YORK: Elimination of terrorism in all its forms is a “precondition” for fruitful cooperation in South Asia, External Affairs Minister S Jaishankar has said, in a veiled attack on Pakistan while emphasising that the relevance of the SAARC will be determined by decisive actions against the scourge.

In his statement at the informal meeting of the South Asian Association for Regional Cooperation (SAARC) Council of Ministers on the margins of the 74th session of the General Assembly here on Thursday, Jaishankar said, “Ours is really not just a story of missed opportunities but also of deliberate obstacles. Terrorism is one among them.”

Elimination of terrorism in all its forms is a precondition not only for fruitful cooperation, but also for the very survival of the region itself, Jaishankar said at the meeting.

Pakistan Foreign Minister Shah Mahmood Qureshi boycotted Jaishankar’s opening statement at the meeting to protest over Kashmir after India abrogated Article 370 of the Constitution to revoke the special status of Jammu and Kashmir in August. India has asserted the abrogation of Article 370 was its “internal matter”.

Jaishankar in his statement reiterated SAARC leaders’ statement in Kathmandu in 2014, where they called for “full and effective implementation of SAARC Regional Convention on Suppression of Terrorism, including through enacting necessary legislation at the national level to root out terrorism”

“The relevance of SAARC would be determined by these actions against terrorism and this will decide our collective journey of the future become more productive,” the minister said. Jaishankar said while regionalism has taken root in every corner of the world, if the South Asian region has lagged behind it is because the region does not have the normal trade and connectivity that other regions do.

“It is unfortunate that we have not made any headway with reference to some of the connectivity initiatives such as the Motor Vehicles and Railways Agreements. Similarly, there has been no progress in the SAARC Regional Air Services Agreement, initiated by India,” he added.

He told the meeting that the example of the South Asian Satellite is instructive about how India has been taking up the initiatives that bear prosperity to the neighbourhood.

South Asia Satellite, launched in 2017 with an intention to arrive at scientific solutions to address poverty in the SAARC region has impacts in sectors as varied as health, education, disaster response, weather forecasting and communications.

With the view to enable Member-states to firm up specific requirements and utilisation plans for establishing ground networks, a workshop was held (by ISRO) in December 2018 in New Delhi with participation of technical experts from all participating SAARC countries.

He cited the example of the South Asian University (SAU) as another instance where India has been proactive in building academic excellence that will have generational impact.

The SAU has 580 students and 58 faculty members at present and till date, the varsity had three convocation ceremonies along with one award ceremony to honour 1,174 students, who have graduated from the University and contributing immensely in the development of respective member states in the region.

India is committed for giving 100 per cent capital cost towards construction of the SAU and the construction is going on. India is also the major contributor of operational costs of the SAU.

He noted that the SAARC Disaster Management Centre (SDMC-Interim Unit), established in Gujarat has trained more than 350 candidates in the last two years.

Other success stories of cooperation include extension of the National Knowledge Network (NKN) to SAARC Partner countries. The NKN extension has been completely implemented in Sri Lanka and Bangladesh, the NKN extension to Bhutan was inaugurated by our Prime Minister on 17 August 2019.