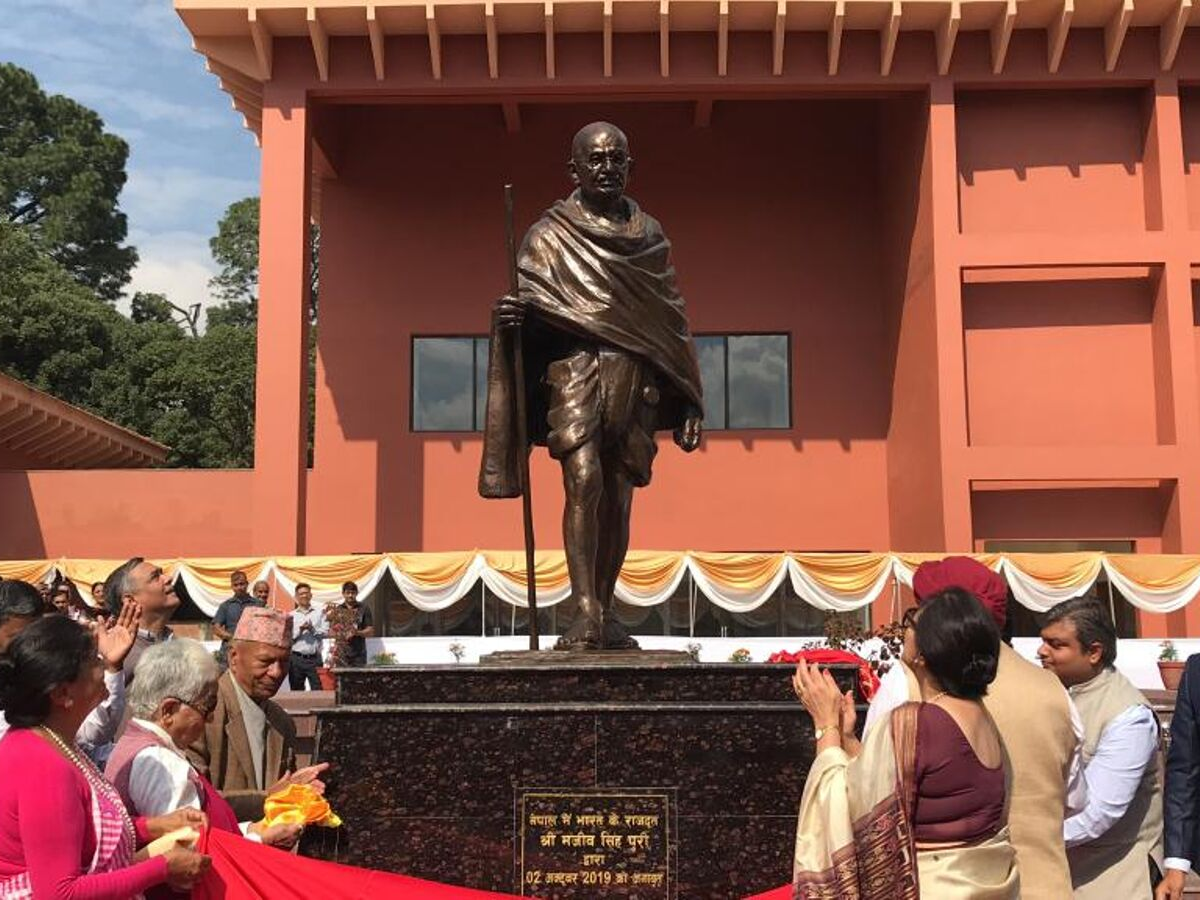 PTI–Mahatma Gandhi’s first statue in Nepal was unveiled on Wednesday on the premises of the Indian Embassy here to mark his 150th birth anniversary.

Speaking on the occasion, Puri highlighted the influence of Gandhi in Nepal in social, economic and political fields.

A host of speakers, including former minister Bhadra Ghale shed light on the influence of Gandhian philosophy in independence movements in various parts of the world.

A special commemorative ceremony was held at the City Hall of Kathmandu to mark Gandhi’ 150th anniversary.