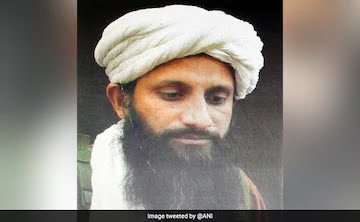 PTI, Islamabad:  India-born Asim Umar, the chief of the Al-Qaeda in the Indian Subcontinent (AQIS), has been killed during a joint US-Afghan raid on a Taliban hideout in Afghanistan’s Helmand province, Afghan officials said on Tuesday.

Al-Qaeda leader Ayman al-Zawahiri had announced the formation of the AQIS to take the fight to India, Myanmar and Bangladesh in a video message in September 2014.

Asim Umar, who led the AQIS from its formation in 2014, was killed during a joint US-Afghan raid on a Taliban compound in Musa Qala district of Helmand province on September 23, Afghanistan”s National Directorate of Security (NDS) said.

It said Umar was killed along with six other AQIS members, most of them Pakistani. Among them was Raihan, Umar”s courier to Al-Zawahiri.

“They had been embedded inside the Taliban compound in the Taliban stronghold of Musa Qala,” the NDS said in a statement.