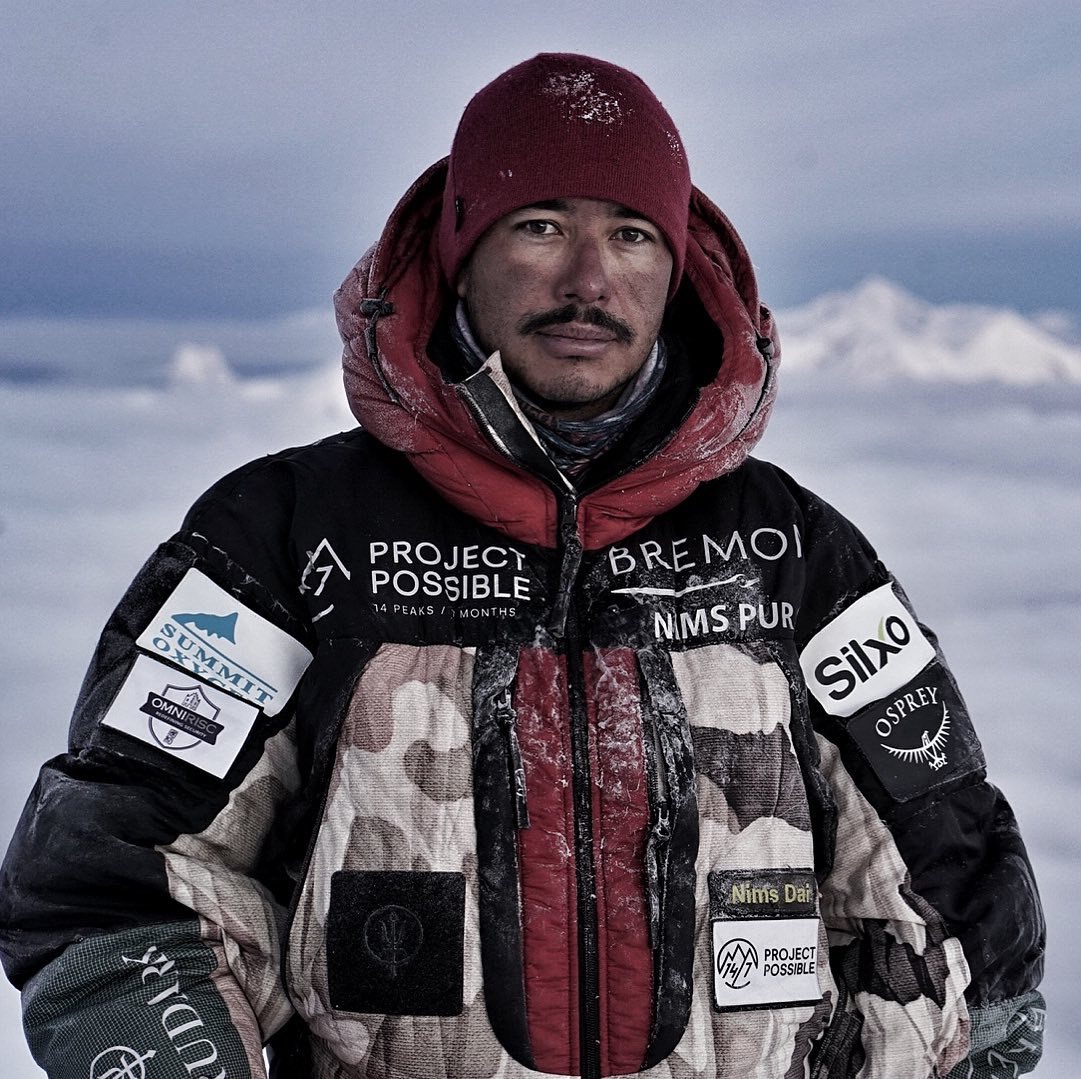 The previous record for climbing the 14 peaks was seven years, 10 months and six days. It was set by South Korean climber Kim Chang-ho in 2013.

“Everything in life is possible armed only with determined approach and positive mindset.”

Mingma Sherpa of Seven Summit Treks in Kathmandu, which equipped the expedition, said the 36-year-old Purja was in good health and safely descending from the summit.

“It is a great achievement for mountaineering and mountaineers and a milestone in the history of climbing,” said Ang Tshering, who previously headed the Nepal Mountaineering Association.

A former soldier in the British army, Purja began his mission on April 23 with a climb of Mount Annpurna in Nepal.

In Nepal, he climbed Mount Annapurna on April 23, Mount Dhaulagiri on May 12, Mount Kanchenjunga on May 15, Mount Everest on May 22, Mount Lhotse on May 22, Mount Makalu on May 24 and Mount Manaslu on Sept. 27.

In China, he scaled Mount Cho You on Sept. 23 and Mount Shishapangma on Oct. 29.

He struggled to get permission from the Chinese government for his last climb and was allowed only after getting help from the Nepalese government.

Purja’s photo of a long line of climbers just below the Mount Everest summit was widely circulated on social media in May. It raised concerns about overcrowding and the safety of climbers spending so much time on the highest point of the earth for hours stuck on a traffic jam.

Purja joined the British army in 2003 and quit earlier this year to begin his mission of climbing all the highest peaks in record time.