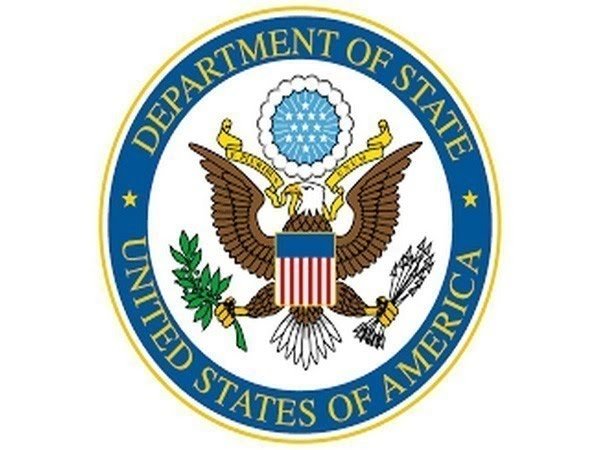 Washington , ANI—  A United States State Department report has said that Indian Mujahidin (IM), which has ties with Pakistan-based terrorist groups Lashkar e-Tayyiba, Jaish-e-Mohammed and Harakat ul-Jihad Islami, is using Nepal as a hub to carry out terrorist activities against Indians.
In its recently released ‘Country Report on Terrorism 2018’ the State Department said the IM, designated as a foreign terrorist organisation by the US since September 2011, is suspected of obtaining funding and support from sources in Pakistan and the Middle Eastand that it has expanded its area of operations in Nepal.
“IM maintains ties to other terrorist entities including Pakistan-based Lashkar e-Tayyiba, Jaish-e-Mohammed, and Harakat ul-Jihad Islami. The IM’s stated goal is to carry out terrorist actions against Indians for their oppression of Muslims. IM has also expanded its area of operations into Nepal, which is now the biggest hub for IM operatives,” the report which was released in October, said.
“The group is suspected to obtain funding and support from other terrorist organisations, as well as from sources in Pakistan and the Middle East,” it added.
The Indian Mujahidin (IM) known for carrying out multiple coordinated bombings in crowded areas against economic and civilian targets to maximize terror and casualties was designated as an FTO (Foreign Terrorist Organisation) on September 19, 2011.
The IM has been responsible for dozens of bomb attacks throughout India since 2005, causing the deaths of hundreds of civilians.
The US State Government report mentioned that Nepaldid not experience any acts of international terrorism the previous year. However, it acknowledged incidents of domestic terrorism conducted by Netra Bikram Chand led the Communist Party of Nepal (Maoist).
The report has incorporated various incidents of bombings in Nepal in the year of 2017 and 2018.
Amongst three incidents, the report mentions the use of Improvised Explosive Device (IED) at a compound wall inside the India-funded Arun-3 Hydel Project just ahead of inaugural by Indian Prime Minister Narendra Modi.
The report has cautioned Nepal that it can be used as a transit or staging point for international terrorists because of lapses and inadequate security measures.
“Due to Nepal‘s open border with India and insufficient security protocols at the country’s sole international airport in Kathmandu, Nepal has and could continue to be used as a transit or staging point for international terrorists,” the report stated.
It stated that security measures at Nepal‘s Airport was weak and inadequate.
“Kathmandu’s Tribhuvan International Airport, Nepal‘s only international airport, does not pre-screen passengers, and landing data are not entered into any database. Physical security checks of passengers are rudimentary. There is no travel document security and the airport lacks ultraviolet lights to examine documents,” the report stated.
The US government report also mentioned that Nepallacks proper screening of the passengers with that of the INTERPOL database.
“The Special Bureau of the Nepal Police assigns approximately 10 personnel to the airport and approximately 15 officers to its INTERPOL national central bureau, which is located at Nepal Police headquarters. INTERPOL notices are maintained in a database, but passengers are not routinely screened through this database. Security and immigration officials are generally responsive to U.S. requests for information, but often have little information to provide,” it said.
“Nepal shares an open border with India. The 1,000-mile border has a few checkpoints, but there is a lack of sufficient security controls; for example, only one immigration official may be present at the checkpoint. Thus, most people crossing the border are neither stopped nor checked, and the crossing points can easily be circumvented to avoid scrutiny,” the report said.
“The primary constraint preventing more robust border-control capability is a lack of resources. The security services lack the personnel, technology, databases, basic equipment, and often even electrical power to provide effective border control. Additional constraints include lack of training and widespread corruption,” it further added. (ANI)