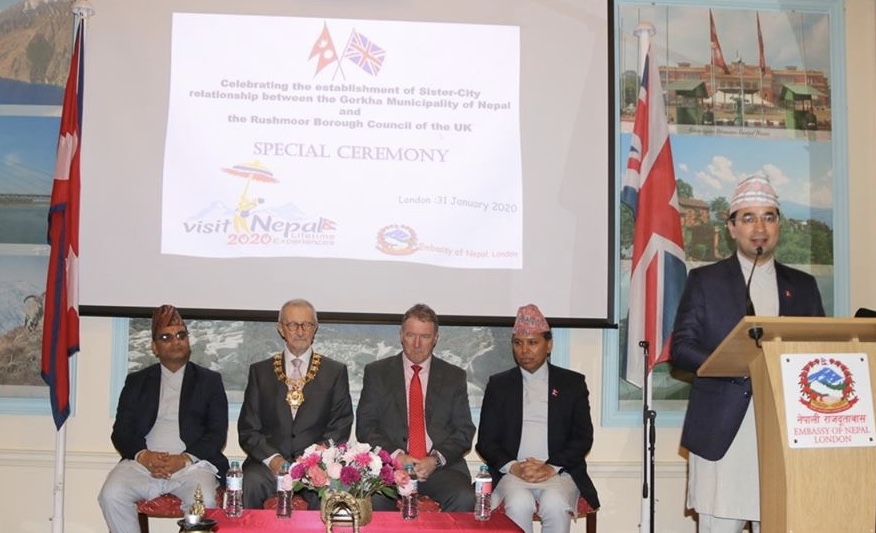 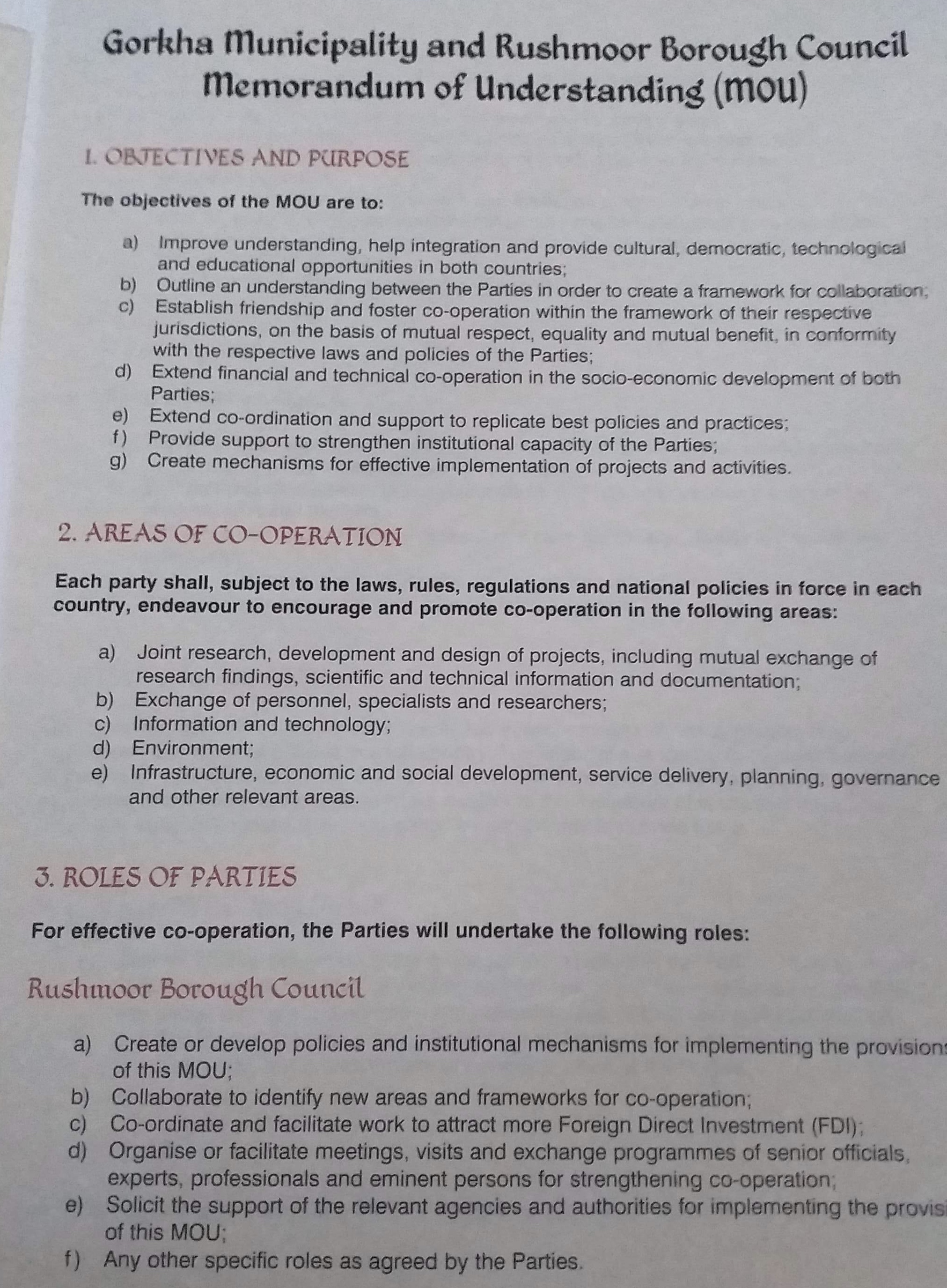 On the occasion of the establishment of the sister-city relationship between the two cities, Embassy of Nepal to the UK, organised a program on Friday. 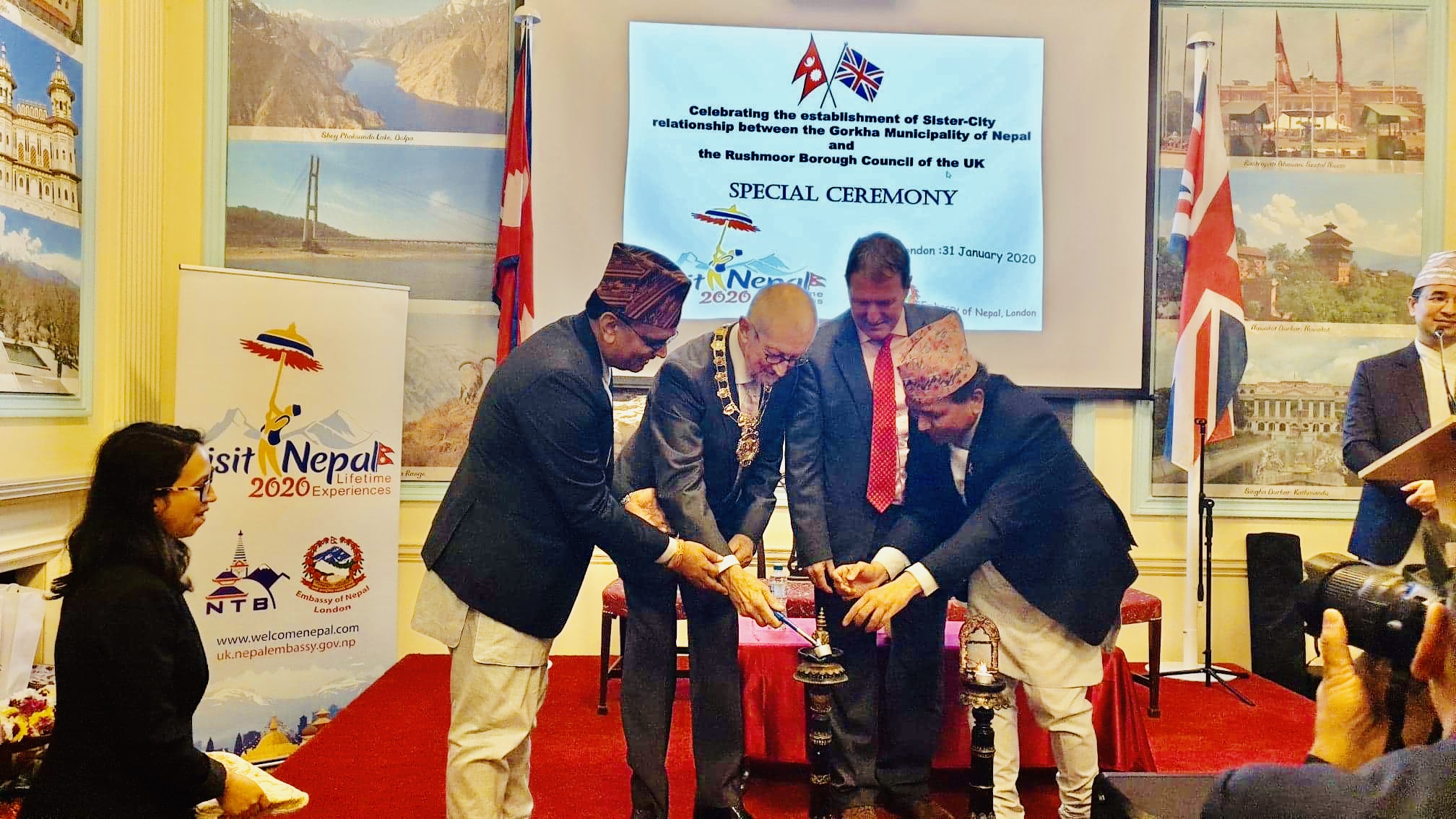 Addressing the ceremony, Dr Durga Bahadur Subedi, ambassador of Nepal to the UK, said initiation of historic, friendly relation between Gorkha Municipality — the home of Gurkhas—with the Rushmoor Borough has taken the Nepal-UK relationship to people-to-people level.  “This could be instrumental to transfer skills, education, tourism and trade for prosperous Nepal,” he added.

“Nepal is rich in cultural diversity, heritage and natural resources. The country that hosts the highest peak of the world, Mt. Everest, is also the birth place of the preacher of peace and harmony in the world, Lord Buddha. Hence, visiting Nepal once in life time should be the dream of every person in the world,” said Dr. Subedi . 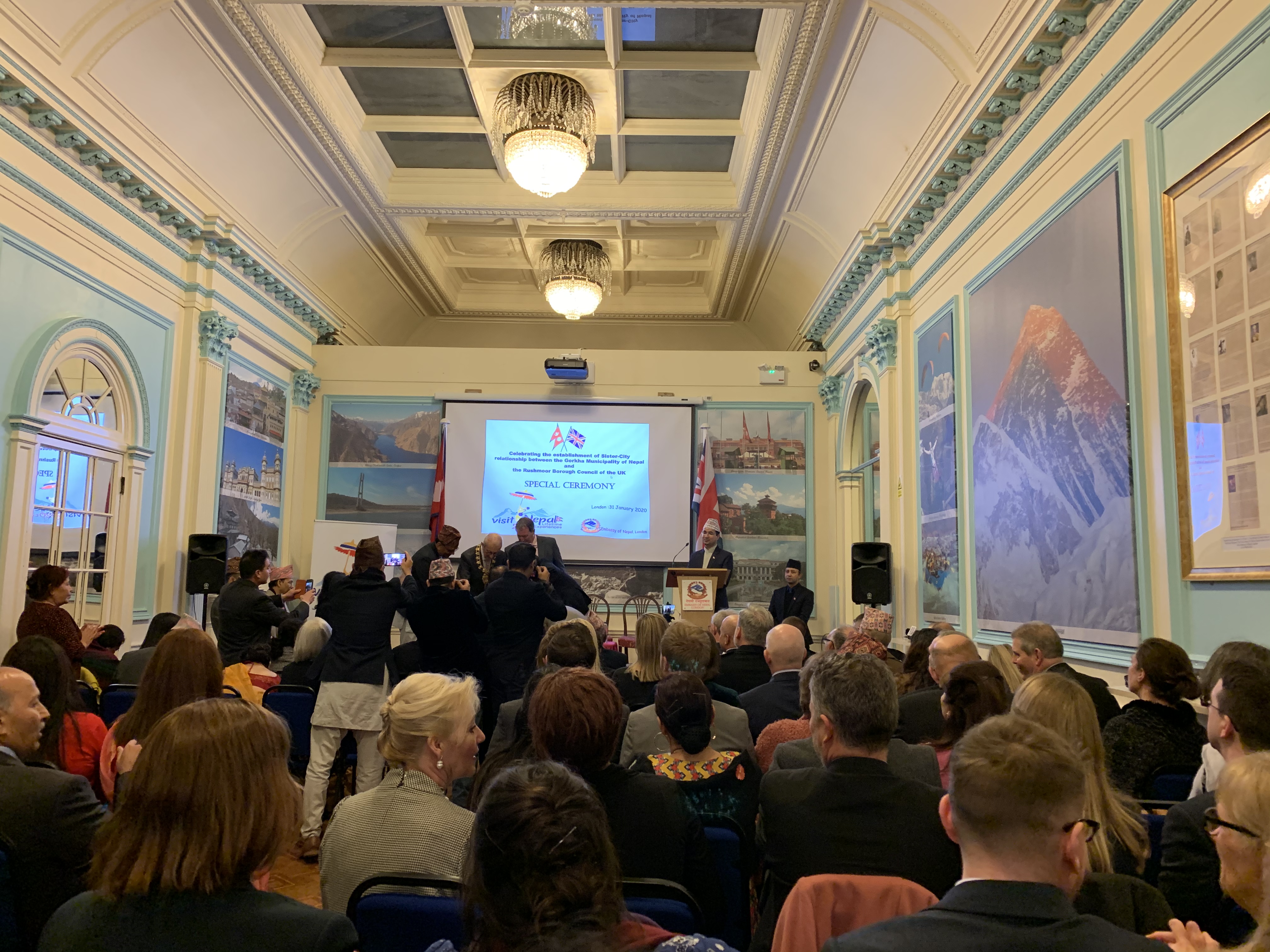 David Clifford, District chair Councillor of Rushmoor Borough, congratulated  both the Rushmoor Borough Council and Gorkha Municipality  for initiating the sister-city relationship. He assured to work for the safety and security of  Nepalese living in Rushmoor Borough in the UK.

Addressing the ceremony, Mayor of the Gorkha Municipality, Rajan Raj Panta thanked all who played a key role in the establishment of the relationship. He urged the NRNA community and friends from Britain to visit Gorkha Municipality. “Gorkha, the epicentre of the devastating 2015 earthquake, has recovered from the quake. We would like to call upon our friends to visit Gorkha and also invest.”

Deputy Mayor of Rushmoor Borough, Frank Rust, expressed hope that friendly relations between two cities will also strengthen the relationship between the two nations. He also appreciated the contribution of the Nepali community in Britain.

Former chair of Rushmoor Nepalese Community, Jib Belbase, expressed his joy and thanked all for their support. The event was hosted by Sharad Raj Aran, deputy chief of mission at the Nepali embassy in London.