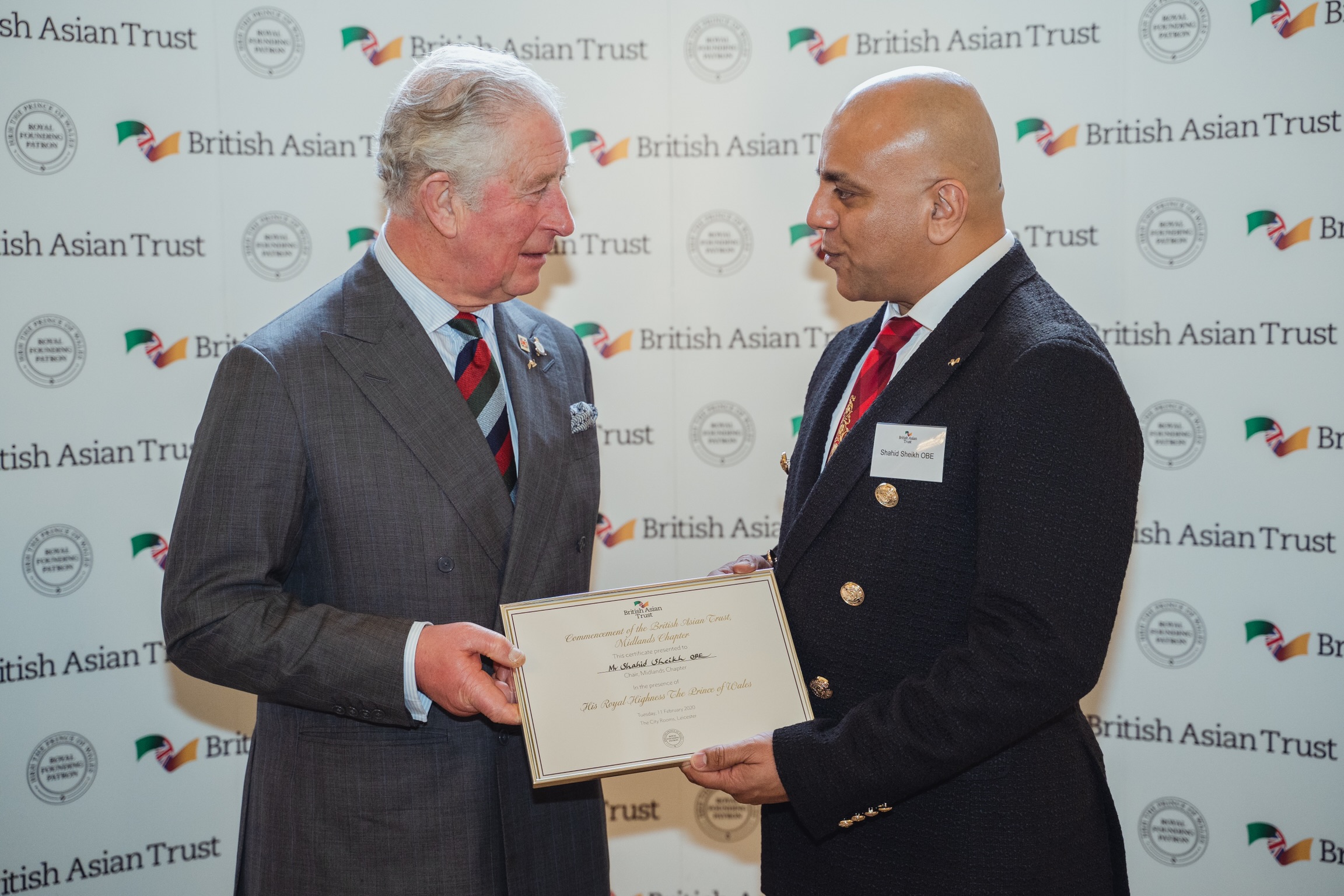 Shahid Sheikh is a longstanding community leader and was also the Cultural Ambassador to Leicestershire County Cricket Club, the first person in county cricket to be honoured with this title.

Shahid Sheikh is now Chair of the Midlands Chapter of the British Asian Trust (www.britishasiantrust.org)

The charity was founded in 2007 by The Prince of Wales and a group of visionary British Asian business leaders to deliver effective programmes to help tackle poverty and inequality in South Asia. BAT’s  programmes aim at tackling problems in the areas of livelihoods, mental health, anti-trafficking and education across the region.

Since we started in 2007, we have had a positive impact on the lives of 4.8 million people in India, Pakistan, Bangladesh and Sri Lanka, said a press statement issued by the Trust.