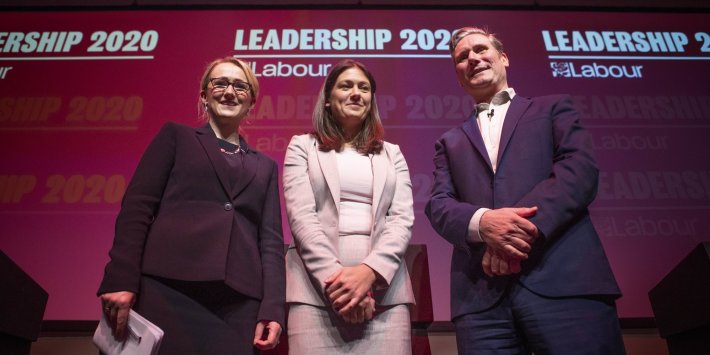 London — Voting in the contest to replace Jeremy Corbyn as Labour leader has closed.

Rebecca Long-Bailey, Lisa Nandy or Sir Keir Starmer will be announced as the new leader on Saturday.

The party’s next deputy leader – replacing Tom Watson who resigned in December – will also be revealed, BBC writes.

It is understood members will hear the result via email and the media after a special conference was cancelled over the coronavirus outbreak .

Firstly you need to get on the ballot. To begin with, the candidates had to win the backing of at least 22 MPs or MEPs apiece to make it into the second round. Then they had two routes to pursue.affiliated unions such as the GMB, Aslef or Unite.

The party have published a list of nominations as they come in, updating it daily during the first stages of the contest.

Before they make it to the final ballot, the candidates must first make it through the nomination period.

Previously for a candidate to make it onto the ballot they just needed the support of 15% of MPs and MEPs. This famously came to prominence in 2015 where a number of MPs ‘lent’ their nominations to Jeremy Corbyn in order to ‘broaden the debate’ in the leadership contest only for Corbyn to win overall when the elections went out to the membership.

Based on the current size of the Parliamentary Labour Party (PLP) this means candidates will need 22 nominations.

To make it onto the final ballot candidates must receive nominations from either 5% of constituency parties or at least three affiliates (two of which must be trade unions) which make up five percent of affiliated membership.

Once the nomination period closes on Monday 13 January the candidates who have reached the required threshold will go forward to a ballot of members, and supporters.

Once PLP nominations close the two-day window to sign up as a registered supporter, for a one off payment of £25, opens which will allow Labour supporters/voters the change to vote in the contest.

Members vote via post or online using the alternative vote (AV) system – ranking candidates in order of preference by putting a 1 next to their favourite, a 2 for their second favourite and so on. The numbers are guidance for where the vote should go if no candidate gets half the vote. The candidate first to secure more than 50% of the vote is declared the winner.

The counting takes place in rounds, so if no candidate reaches the 50% threshold in the first round of counting, the candidate with the fewest first preference votes is eliminated and the voters who put that candidate as number 1 have their vote moved to their second choice. This process continues until a winner is chosen.

Because of the AV system members and supporters won’t need to vote tactically in the ballot. If their first choice does not gain enough support and is eliminated, then their second preference will count too. It’s impossible for a lower choice to hurt a higher one, so it’s always worth putting a number beside all the candidates. From : electoral-reform.org.uk