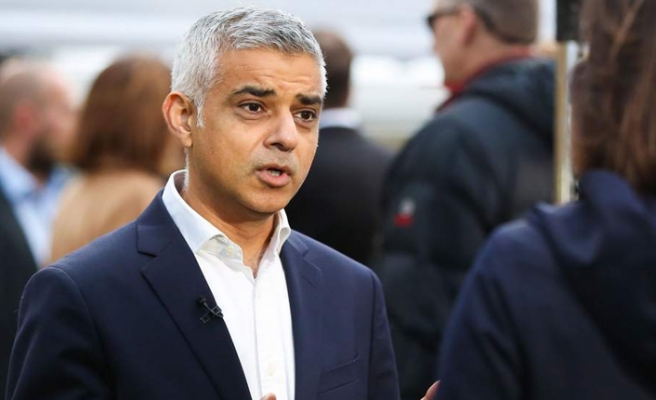 London – Mayor of London, Sadiq Khan, has asked the British government to collect the data of Black, Asian and Minority Ethnic (BAME) population affected by the coronavirus and also publish it.

In an article published in The Guardian on Sunday, Mr Khan said that despite making up only 14% of the population, BAME account for a third of critically ill coronavirus patients in British hospitals.

“The reasons behind this disparity are complex and varied. We know BAME people are more likely to be employed in frontline roles – whether it’s in the NHS, as care workers, shelf-stackers or bus drivers. In the NHS, for example, around 40% of doctors and 20% of nurses are from BAME backgrounds. In London, 67% of the adult social care workforce are from BAME backgrounds. This exposure puts them at greater risk of catching the coronavirus in the first place,” Mr Khan said.

The Mayor of London – who himself is son of a Pakistani immigrant—said that one of the biggest underlying factors driving the disproportionate number of deaths in BAME communities is socioeconomic. “It’s an uncomfortable truth that people from ethnic minority backgrounds are overrepresented in poor, overcrowded accommodation, or households with multiple generations under one roof. And it’s a fact that they are more likely to live in poverty or work in precarious and low-paid jobs,” said Mr Khan.

Many simply don’t have the luxury of being able to work safely from home during the lockdown. All of this contributes to a BAME population with worse health than average, lower life expectancy and a greater prevalence of serious underlying health conditions, such as heart disease, asthma and diabetes, he added.

Mayor Sadiq Khan welcomed the British government’s announcement last week to launch a review into why people from BAME backgrounds are being disproportionately affected by Covid-19. “But I fear we already know the conclusions of the review, and what action is needed,” he added.

“This must be a wake-up call for our country and a catalyst for far-reaching and fundamental change. I’m a proud Londoner who often talks about how nowhere else in the world could someone from my background – the son of a bus driver, the child of immigrants and someone of Muslim faith – reach the position I have. But I want us to be even better and to live up to our British values of fairness, equality and justice for all,” said Mr Khan.

That’s why, once this crisis is over, we will need to forge a new social contract that advances the twin causes of racial and economic equality, and prioritises the welfare and wellbeing of every single community in this country, he added.