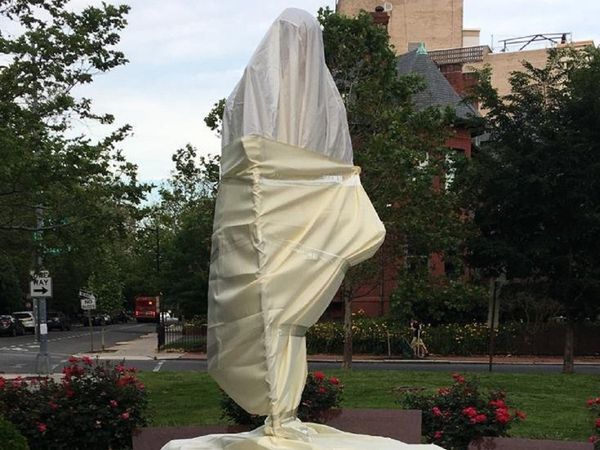 Washington: Mahatma Gandhi’s statue outside the Indian Embassy in Washington DC was ‘desecrated’ by unruly elements involved in the ongoing protests in the US. The United States Park Police have launched an investigation, more details regarding the incident are awaited, news agency ANI reported.

“So sorry to see the desecration of the Gandhi statue in Washington, DC. Please accept our sincere apologies… Appalled as well by the horrific death of George Floyd and the awful violence & vandalism. We stand against prejudice and discrimination of any type. We will recover and be better,” Ken Juster, US Ambassador to India said.

Massive protests have erupted not just in the US, but across the globe to express outrage over the death of George Floyd in the US. Floyd, an unarmed black man, died on May 25 after a white police officer in Minneapolis placed his knee on Floyd’s neck even after he stopped the car.

Protestors have taken to streets in Paris, Sydney and in Argentina, Brazil, Canada and New Zealand besides others, to express anger against Floyd’s death.

Hundreds of thousands of protesters and a number of businesses across the US extended their support to cause of racial justice. Many news organisations displayed black screens to protest the treatment given to the black community in the US. Protests, which broke out in Washington and New York earlier this week, spread across a number of cities in the US, prompting the administration to impose a curfew in almost 40 cities.