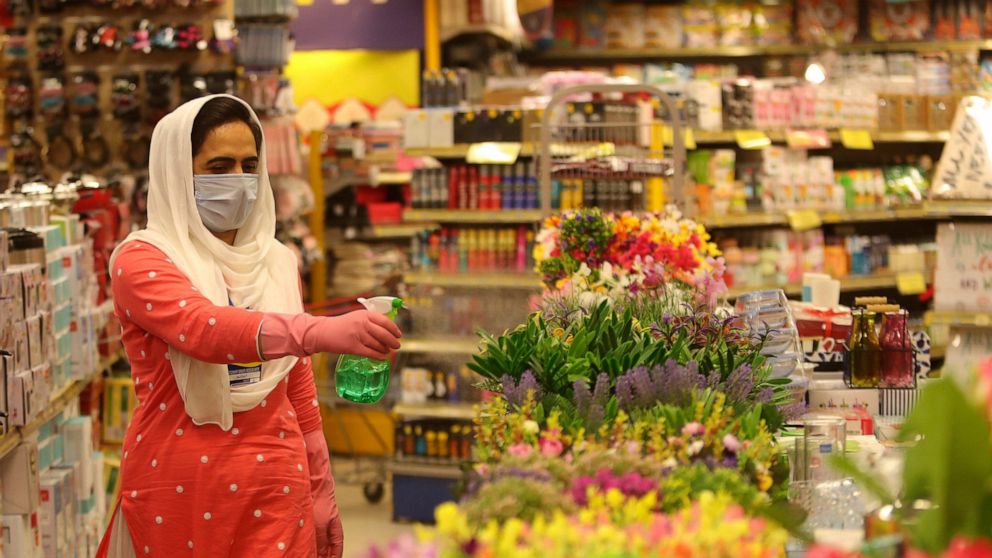 AP , NEW DELHI — India’s coronavirus caseload has become the fourth-highest in the world, overtaking Britain, by adding 10,956 new cases in yet another biggest single-day spike.

India’s two-month lockdown kept transmission low but in a large population of 1.3 billion, people remain susceptible and the campaign against the virus is likely to go on for months, Balram Bhargava, director-general of the Indian Council of Medical Research, said.

India’s lockdown was imposed nationwide in late March but has eased since, and it is now largely being enforced in high-risk areas. The spiking caseload came after India allowed reopening of shops, shopping malls, manufacturing and religious places.

The increase reported Friday raised India’s national caseload to 297,535 with 8,498 deaths, according to the Health Ministry. The death toll increased 396 in the past 24 hours.

India’s number of confirmed cases is behind only the United States, Brazil and Russia.

Mumbai, New Delhi and Chennai are the worst-hit cities in the country, and Bhargava said urban residents have greater chance of contracting the virus. Infections in rural areas have surged, however, after migrant workers who left cities and towns after they lost jobs returned to their hometowns.

In other developments in the Asia-Pacific region:

— MORE JAPAN ECONOMIC MEASURES: Japan’s parliament approved more money to soften the economic blow from the pandemic. The 32 trillion yen ($300 billion) second supplementary budget includes support for small businesses, including programs to finance their rents and to adjust employment. It also has funding for dealing with a second wave of infections and developing vaccines and treatments for COVID-19. Japan’s economy, the world’s third largest, slipped into recession in the last quarter. Business activity has slowly resumed after a state of emergency was lifted in late May. The country has 17,332 cases and 922 deaths as of Thursday.

— NEW CASE IN BEIJING: China reported the first local transmission in Beijing in weeks after the capital has been gradually reopening. The National Health Commission reported six other new cases in Chinese citizens returning from abroad. Local authorities said the Beijing man went to a clinic with an intermittent fever but no other symptoms. Authorities have isolated his family members and reinstated anti-virus measures in his neighborhood. His infection follows gradual loosening of restrictions in Beijing, with practically everything now reopened, apart from movie theaters and some other entertainment venues.

— RESURGENCE IN SEOUL: South Korea has reported 56 new cases of COVID-19 as the country continues to see a resurgence of the virus concentrated in the capital area. Figures released by South Korea’s Centers for Disease Control and Prevention on Friday brought national totals to 12,003 cases and 277 deaths. At least 45 of the new cases were reported from the Seoul metropolitan area, where about half of South Korea’s 51 million people live. Health officials have struggled to track transmissions linked to entertainment and leisure activities, church gatherings and low-income workers.

— FOREIGN STUDENTS IN AUSTRALIA: Prime Minister Scott Morrison said international students would be allowed to begin returning to Australia in July as states reopen their borders. Morrison said he expected all state borders to reopen in July, with the possible exception of Western Australia. He said states could only welcome back international students if they opened their borders to interstate travel as well. International students have been Australia’s most lucrative industry after mining, with China the largest source of foreign students. China this week warned its citizens of the risk of pandemic-related racism in Australia, which Foreign Minister Marise Payne called “disinformation.”