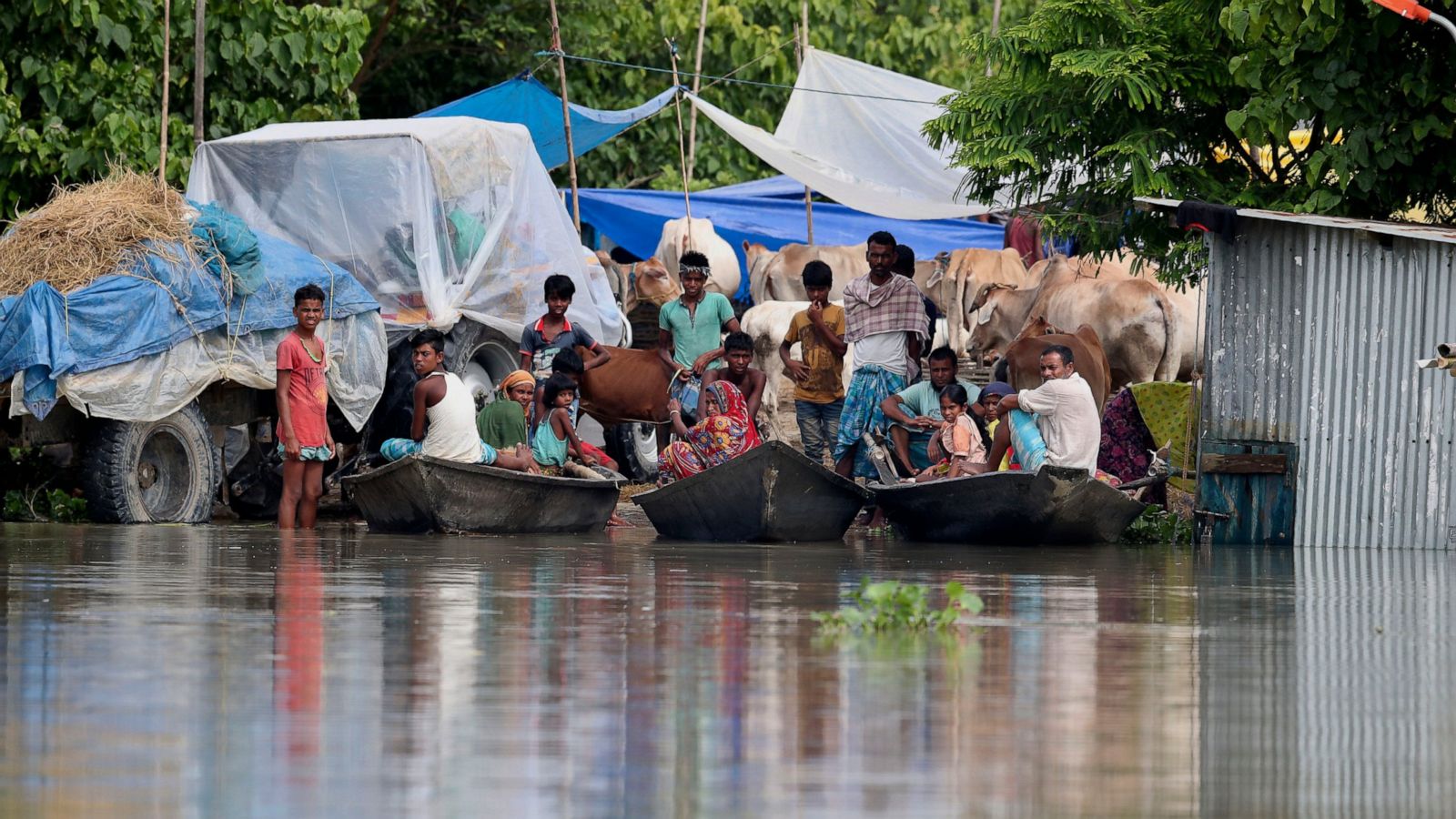 DHAKA, Bangladesh (AP) — When the Dharala River burst its banks in early July, Kamal Hossain left his home with five members of his family to take shelter in a school in northern Bangladesh, carrying their most prized belongings: cattle, a few sacks of rice and clothes.

Like him, an estimated 17.5 million people across South Asia are suffering as a result of the devastation of this year’s monsoon floods. Nearly 700 have died.

A third of Bangladesh went underwater, including Hossain’s district of Kurigram, after most of its 16 rivers overflowed following torrential rains and violent onrush of waters from upstream India, which was also tormented by the floods as rivers cut their ways from as far as the Himalayan nation of Nepal. Bangladesh, which is crisscrossed by 230 rivers, is the last channel through which waters are drained into the Bay of Bengal.

Experts have long been warning that a densely populated delta country like Bangladesh is one of the worst victims of climate change, and severe and frequent floods indicate that something has gone wrong.

“The current major floods affecting millions of people in Bangladesh along with super cyclone Amphan that hit the country a few months ago are both linked to human induced climate now becoming a reality,” said Saleemul Huq, a Bangladeshi expert on climate change and director of the International Center for Climate Change and Development.

He said Bangladesh needs to ramp up its diplomacy to convince global powers to reduce their greenhouse gas emissions as many countries had agreed in the Paris Agreement on Climate Change in 2015.

The impact of global warming in South Asia is evident by a steady sea level rise, changes in ambient temperature and rainfall patterns and an increase in cyclonic activity, experts say. More landslides and flooding are projected across the region, which is home to almost one-fourth of the world’s population. Thousands have already been displaced from low-lying islands in the Sundarbans, the world’s largest mangrove forest straddling Bangladesh and India.

When upstream countries like India or Nepal flush out waters, a district like Kurigram pays the price.

“Some 300,000 people have either lost their homes or crops. Some 400 small river islands were completely under water,” said Mohammed Rezaul Karim, a top government official in Kurigram. “This is a great worry for us.”

Azmat Ulla, the Bangladesh head of the International Federation of Red Cross and Red Crescent Societies, said disasters like floods are becoming more frequent and dangerous.