Thori to Ayodhya – A Journey of faith - South Asia Time

Thori to Ayodhya – A Journey of faith 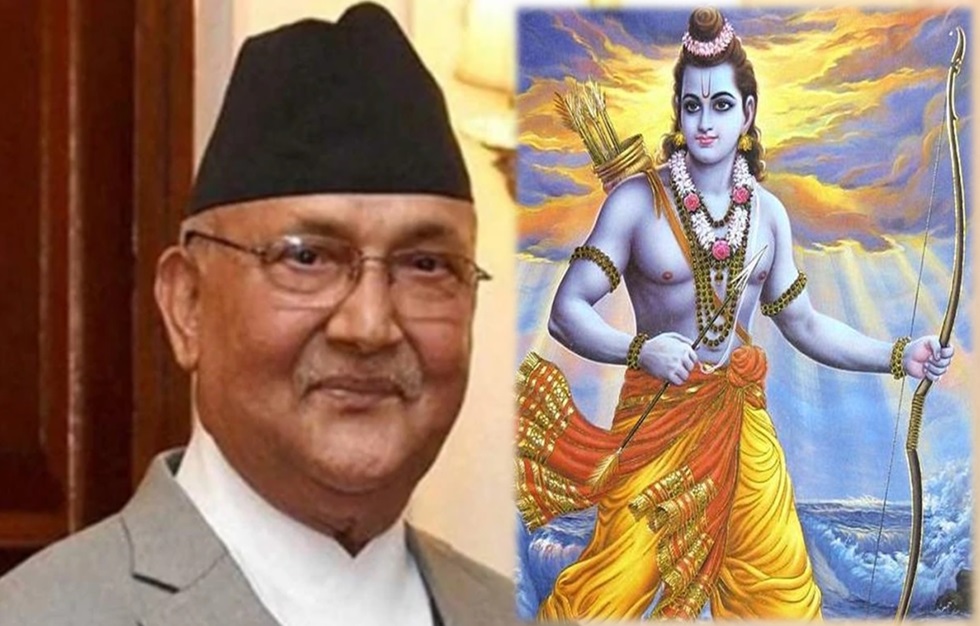 On the birth anniversary of Nepal’s pioneer poet (aadi kavi) Bhanubhakta Acharya, PM KP Oil’s remarked on Nepal’s rich cultural heritage and as the birthplace of many Hindu deities, Rishis, and Spiritual richness. His remarks have brewed the significance of Nepal’s rich civilization but the wording in his remarks “cultural encroachment by India” was the sticking point which is causing ripple effects in political and media circles in both countries. His stand on land (Limpiadhura), citizenship bill and cultural encroachment sentiments have frozen and fractured the deep-rooted ancient cultural, religious faiths between the people of two great nations. The media even linked his statement to the rise of communist ideology in Nepal.

In a recent meeting with a local council government representative, PM Oli expressed desire in archeological excavation to gather supporting evidence, build necessary infrastructure on Balmiki Ashram, rename Thori as Ayodhyapuri and large-scale celebration of Ramnawami. Ministry of Foreign Affairs issued a statement that PM’s remarks had no political connotations but not many would believe this in the current circumstances.

For a country that is no more a Hindu nation and is struggling to provide better health, education, and economic prosperity, is this a real issue to focus on at a time of COVID crises? The government has the responsibility to preserve and restore national heritage, places of faith, and worship but any conflict of political nature and intention may yield different meanings. Political remarks especially on faiths and culture are very sensitive issues and would serve no real purpose and win political hegemony in the long run. There is no need for competition and rivalry to prove the relative superiority of one’s faith or culture and origin. Religion beliefs have significant impacts on socio-economic values of country worth trillion of dollars but should not be linked to populism.

Faith is beyond science

Based on information available in most ancient 4,000 years old holy Vedic scriptures, Ramayana took place some 7,000 years ago. There may not exist any concrete evidence to support the birthplace of Lord Rama and is based on faith inscribed in the Vedic scripture of Hinduism.   On the other hand, Dinosaurs who had lived between 233 to 66 million years ago in the Mesozoic Era, millions of years before the humans as Homo sapiens appeared, there is a piece of concrete evidence based on radiometric dating of the rock formation that contained fossils from the early dinosaur genus Eoraptor.

Unlike Diansour, science is not able to find any concrete archeological, epigraphic and/or radiometric evidence for the existence of God’s Avatar manifested sometimes as incarnations perceived as the material appearance of a deity on the earth, in any religion. There is, however, archaeological evidence of a structure to support the birthplace of the Buddha in Nepal dating to the sixth century B.C. Hindus believe that Gautama Buddha was an incarnation of Lord Vishnu, who also came to Earth as Lord Rama in the Treta Yuga.  21st googles and satellite remote sensing technologies may help to uncover such evidences in the future,  time will tell.

Following one’s faith is the best outcome. Khalil Gibran, a great philosophic mind and artist, had said that Faith is a knowledge within the heart, beyond the reach of proof.

Dr Adhikari is a Scientist based in Melbourne