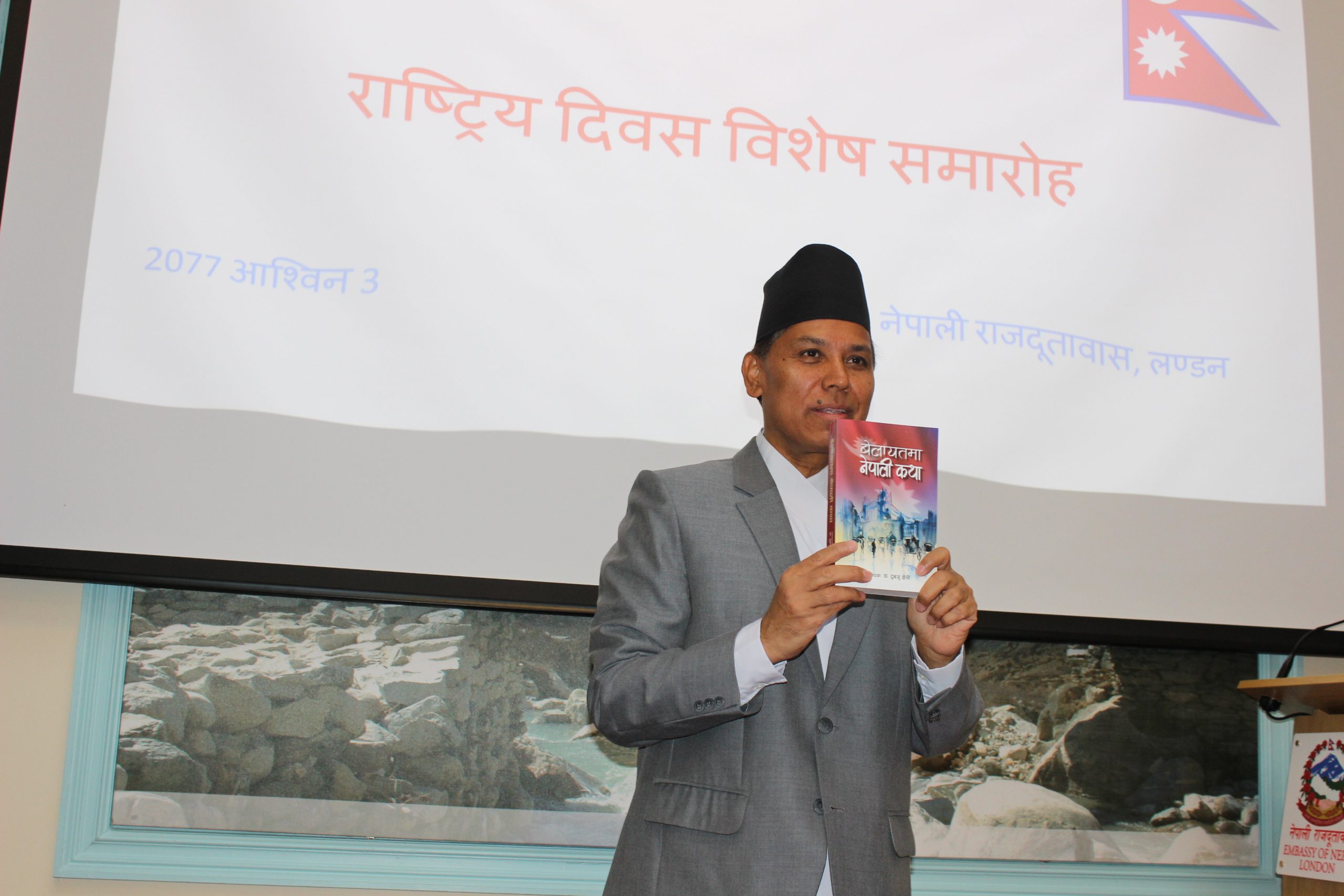 London – The Embassy of Nepal to the United Kingdom organised programmes for three days to celebrate the National Day and fifth Constitution Day of Nepal.

On Friday (18th of September), the Embassy in partnership with the UK-Nepal Trade and Investment jointly organised the Nepal Development Conference.

Foreign Minister of Nepal, Pradeep Gyawali, Vice Chair of the All Party Parliamentary Group (APPG) on Nepal and president of  UK-Nepal Trade and Investment Forum, Lord Sheikh, Vice Chairman of the Confederatoin of British Industries (CBI) Lord Bilimoria,  Ambassador of the UK to Nepal, Ms Nicola Pollitt, Vice President of the Federation of Nepalese Chambers of Commerce and Industry (FNCCI), Mr. Chandra Prasad Dhakal and Ambassador of Nepal to the UK, Dr. Durga Bahadur Subedi, addressed the conference. 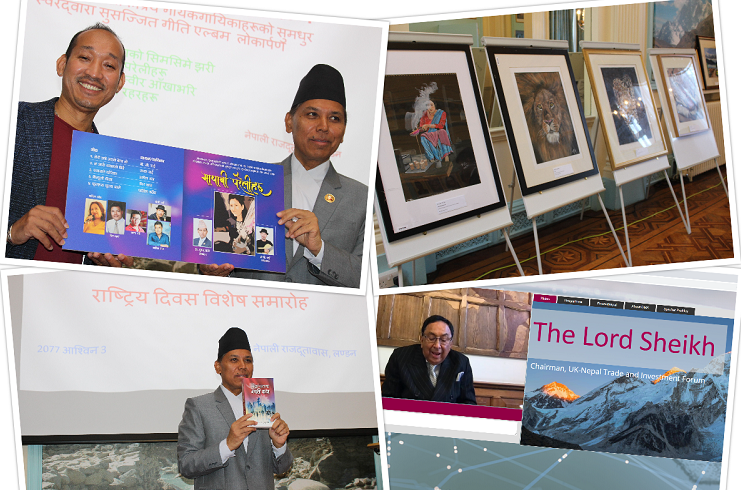 The program was chaired by Nepali envoy to the UK, Dr. Durga Bahadur Subedi, and moderated by Atam Sandhu, Chief Executive of the DMA Inveset Ltd. All the speakers at the Conference urged investors from the UK  to invest in Nepal stating that Nepal offered great opportunity for investment.

Ambassdor Dr. Subedi also welcomed and congratulated all the Nepalese living in the UK, Ireland and Malta on the occassoin of Nepal’s National Day. Messages from the President and Prime Minister of Nepal were also conveyed along with a musical event organised at the embassy. Four musical albums were also unveiled by Ambassdor Dr. Subedi. Similarly a book comprising stroies written by 77 Nepalese living in the UK was also unveiled.

Deputy head of the misson at the Nepali embassy in London, Ms Roshan Khanal,  thanked all participants on behalf of the embassy.