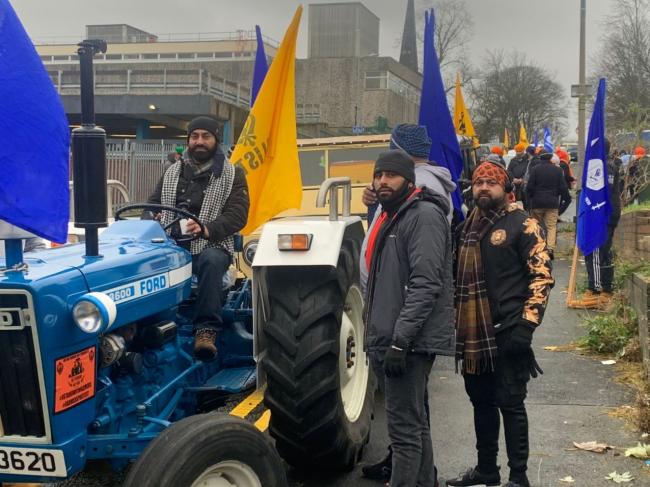 London — British Sikhs demonstrated their support for Punjab farmers outside the Indian Consulate in Birmingham. The protest was held in solidarity with Punjabi farmers who are protesting against the Modi Government’s Agricultural Bills, and to condemn the violent repression of the peaceful protest by the Indian authorities.

The protest was organised by ‘Sikhs For Justice’ (SFJ), which is spearheading the campaign to hold the first ever non-governmental referendum on the question of secession of Punjab from India. The Rally was led by Paramjeet Singh Pamma, a leading Sikh Sovereignist.

Sikhs for Justice believe that the Indian authorities should be condemned for the violent repression of protesting farmers and for the lack of tolerance for dissenting political opinions.